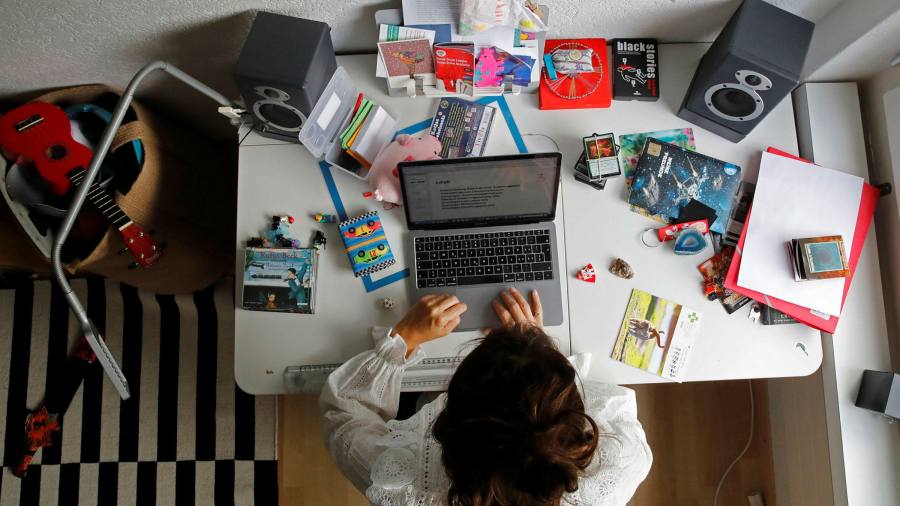 If we stick with the pandemic habit of working from home, it should mean cleaner air, less time wasted in traffic jams and lower carbon emissions.

This inviting thought is pretty much what Professor Mike Berners-Lee wrote last year in a new edition of How Bad Are Bananas?, his excellent 2010 guide to the carbon footprint of almost everything, from a leg of lamb to a volcano.

Berners-Lee, brother of world wide web inventor Tim, is a global authority on this stuff. And at first glance, his book seems to answer a question that is growing more pressing as employers start navigating the uncharted world of hybrid work: is working from home better for the planet? More to the point, could it help to lower fossil-fuelled energy systems driving up global temperatures?

Plenty of pre-pandemic studies suggest it could. Some showed that switching to remote working slashed energy use by as much as 77 per cent, mostly by cutting commuting.

Alas, as with so many aspects of climate change and Covid, the situation is more complicated than it seems.

“It really depends on your circumstances,” Berners-Lee said this week when asked to elaborate on the idea that a surge in homeworking could push emissions down.

Someone who works from home most days instead of driving 100 miles to an office in a gas-guzzler might well shrink their carbon footprint. But the opposite could happen to an inner-city dweller in a cramped apartment who used to take the Tube to work each day. If this person moves to a bigger, more energy-hungry house, as many already have, and then has a long car commute on office-bound days “that’s absolutely not a carbon-saver,” says Berners-Lee.

In fact, homeworking could end up being a carbon-enhancer in some cases, says Steve Sorrell, a professor of energy policy at the University of Sussex. He points to research suggesting that, pre-pandemic, home workers used the extra time gained from not commuting to take trips they might have avoided before. Feeling lonely or bored, they might nip down to a café for lunch or go shopping.

In countries where households have fewer cars, such as South Korea, researchers found other family members could grab cars left sitting at home by a remote worker.

Creature comfort is also important. If a business continues to heat, cool and light a big office left half-empty by hundreds of far-flung hybrid workers in poorly insulated, over-lit houses, then overall carbon emissions may rise.

You can see why it’s complicated. The same goes for a paper Sorrell and colleagues published last year that summarises the results of 39 teleworking studies, 26 of which suggested remote working cut energy use. Only eight found it was likely to increase emissions or have a neutral impact.

Yet there were so many differences in how the studies were carried out that it was hard to come up with an estimate of how much energy could be saved on average. And studies that looked more carefully at things such as home workers going to the shops, generally found smaller savings.

So Sorrell and his colleagues concluded economy-wide energy savings were “typically modest and in many circumstances could be negative or non-existent”.

The past does not necessarily predict the future, or course, as Sorrell readily admits. Remote working has exploded in the pandemic and we don’t yet know what that means.

But some things are clear. First, if working from home endures, a close eye must be kept on so-called rebound effects. This is what happens when the theory of more efficient energy technology collides with a human.

The result can be unexpectedly meagre energy savings, or even greater energy use. Think of a driver who buys a more fuel-efficient car but, delighted by the cheaper running costs, drives more often and further. It’s also known as the Jevons paradox, after English economist William Stanley Jevons suggested more economic use of coal in new steam engines was likely to increase use of the fuel, not cut it.

In the short term at least, remote working may not offer a significant solution to the climate dilemma. It may lower emissions in some cases, but shift them around in others.

The central lesson is, therefore, the same as it’s always been: energy must be decarbonised as fast as possible. Once it is, we can drive, heat, cool and illuminate far more freely. Until then, there are many fine reasons to work from home but saving the planet is unlikely to be one of them.