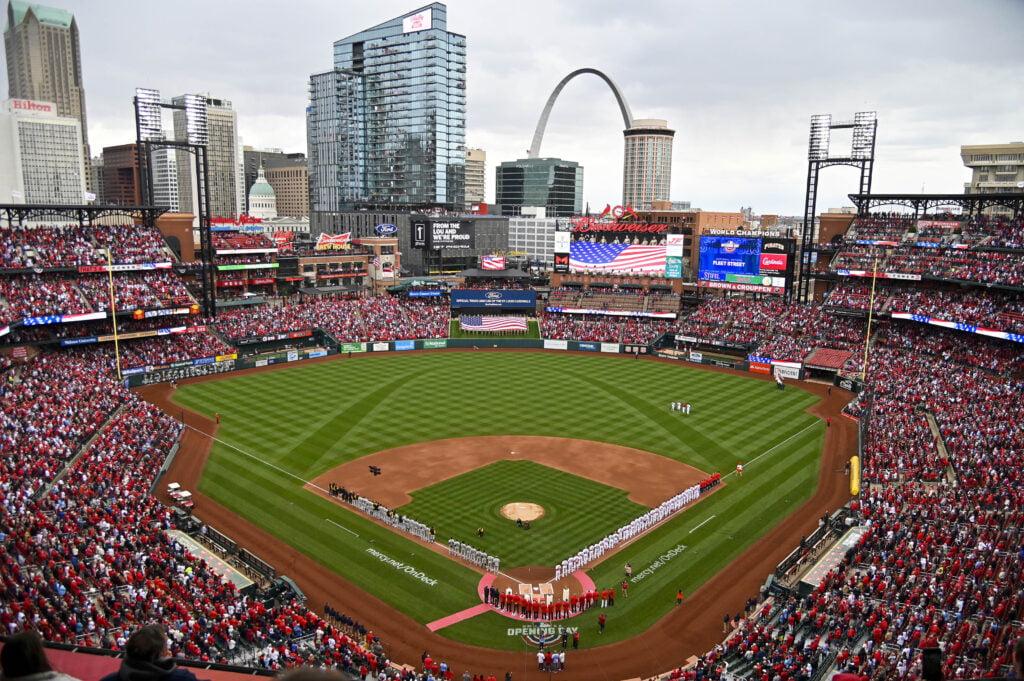 Ballparks such as Ebbets Field and old Yankee Stadium were thought of as baseball cathedrals to the adoring fans of the teams which claimed them home. No longer around, they are still fondly remembered by the fans.

While the new Yankee Stadium still draws loyal Yankee fans from around the world, Dodger fans were devastated when their team moved across the country to claim home to a new ballpark in Los Angeles. While the Dodgers do still have that loyal, older fan base that grew up watching them in Brooklyn, NY, the team has generated a newer fan base in Southern California. They love their Dodger Stadium and Dodger Dogs. It has become their tradition.

Let’s take a look at some ballparks around the league that fans should have on their lists to check out.

Get tickets for any MLB stadium from our trusted ticket partner at TicketSmarter.com.

Nestled in the heart of downtown St. Louis, Busch Stadium has one of the most beautiful backdrops in the league with the Gateway Arch standing majestically on the banks of the Mississippi River.

Busch III, as it is affectionately known, is partially on the footprint of Busch II. The remainder of the footprint now includes Ballpark Village, which includes bars, restaurants, and shops, as well as the Cardinals‘ organization’s museum.

Around the ballpark, itself are statues commemorating the team’s most beloved players including the iconic Stan Musial statute which has become a meeting place for friends and families over the years with the phrase “Meet you at Stan!”

The stands have been home to some characters over the years including a concession stand worker who would make his way through the outfield seats offering up “soadies with a free straw.”

Taking in a Cardinals game at Busch is just an experience you must have with a good chance you’ll see a fun baseball game in an outstanding atmosphere.