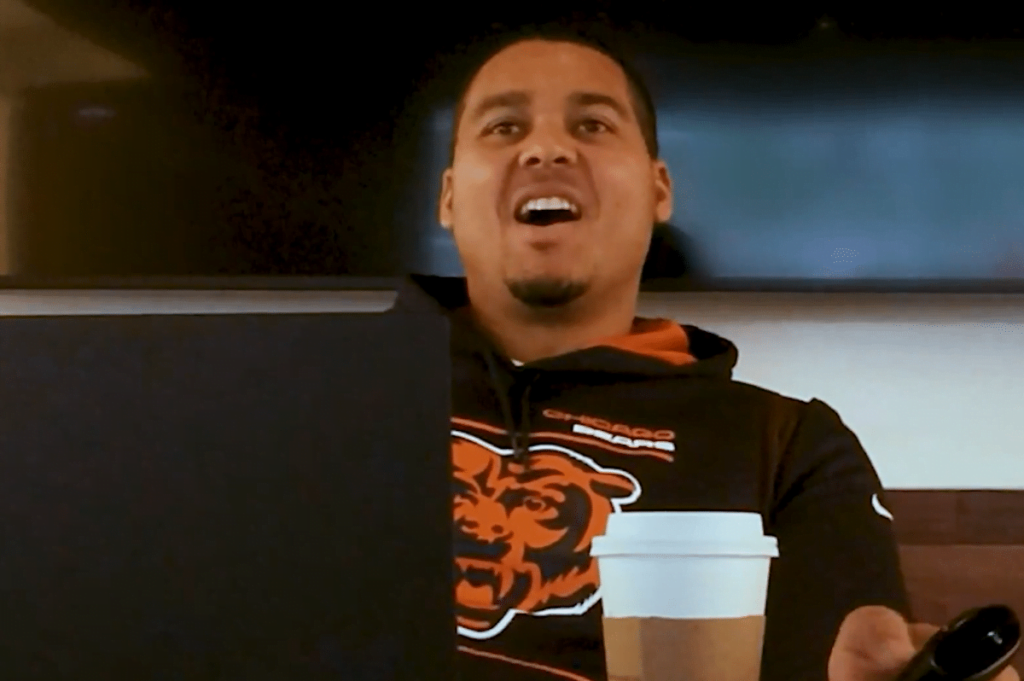 One of the things said about Ryan Poles when it became clear he’d be the next GM of the Chicago Bears is he’s a football junkie. He is one of those guys that eats, drinks, and sleeps the game. So it shouldn’t be a shock he didn’t waste any time diving straight into his duties. The offseason wasn’t going to wait for him. Free agency is a month away, and the NFL draft is a month after that. It isn’t a lot of time to prepare. Especially when Poles is working with a scouting department he has no prior experience with.

That is why it was exciting to see the new GM hard at work during a recent preview video posted on Bears’ social media. It revealed that the popular series, 1920 Football Drive, was returning for a third season. The preview showcased elements from the first episode that will encompass the hirings of Poles and head coach Matt Eberflus. Their arrivals and settling into their new jobs. During the 22-second clip, the GM is shown in a large room surrounded by the Bears scouts evaluating draft prospect tape.

A favorable sign that he is prepared to take opinions from everybody.

Ryan Poles said one of his goals is to establish a culture at Halas Hall where people can speak their minds. Don’t be afraid to hurt anybody’s feelings. If you have conviction on a certain player, good or bad, share it. His job as GM is to take all of that into account and then make a well-informed decision. Evaluation combined with valuation is what he calls it.

It is hard to argue with that approach. Poles learned it during his time in Kansas City, where the Chiefs morphed into the class of the AFC. If he can bring some of that same magic to Chicago, then this team should get good in the not-too-distant future. It will be fascinating to see how he approaches the upcoming draft.