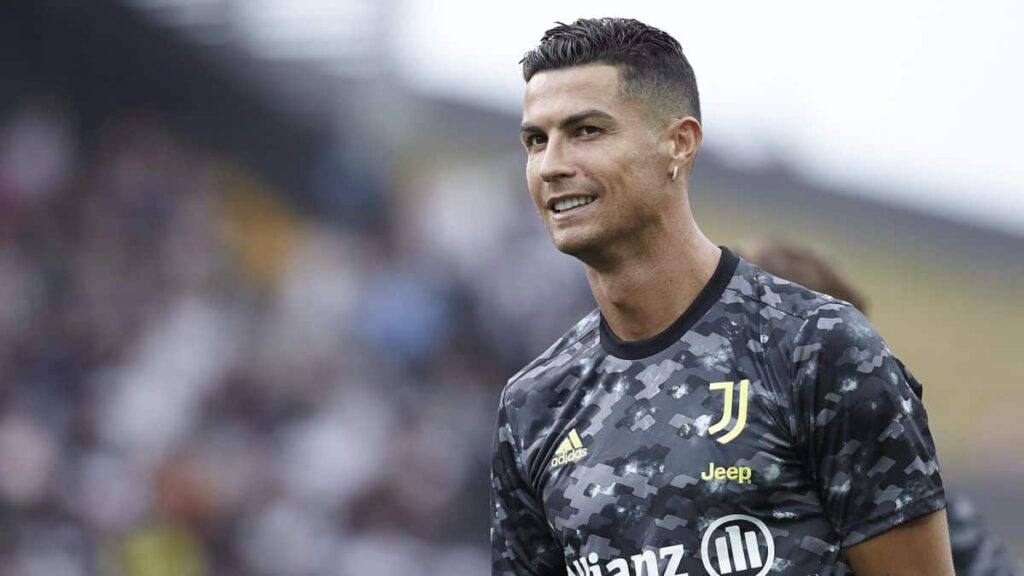 Premier League Champions Manchester City are on the cusp of signing Cristiano Ronaldo from Juventus to fill the void left by club legend Sergio Aguero.

Manchester City were reportedly in contact with Ronaldo’s agent over the past week after Harry Kane confirmed he would be staying at Tottenham this summer. City has been in need of a reliable striker after Sergio Aguero left the club this summer for Barcelona. Ronaldo certainly fills this role having scored 780 senior goals with the likes of Sporting Lisbon, Manchester United, Real Madrid, and of course Juventus.

The 36-year-old, who scored 118 goals in 292 games for Manchester United between 2003 and 2009, has been linked with a move away from the Allianz Stadium all summer, and reports in Italy and England claim he’s on the verge of completing a move to Manchester City.

Although there is no concrete evidence that Ronaldo will move to Manchester City; Juventus manager Massimiliano Allegri confirmed in a news conference this morning that the striker had officially asked to leave.

“Speaking with Ronaldo, yesterday Cristiano told me he has no intention of continuing with Juventus,” Allegri said at a press conference.

“This is why he will not be called up tomorrow, he didn’t train yesterday and now we can talk about Empoli.” The coach went on to focus on the task in hand against newly promoted Empoli tomorrow night, as the Bianconeri are looking for their first win in Serie A 2021-22.

Currently, everything is speculation in regards to a Manchester City move. However, various reports have emerged that Ronaldo and City manager Pepe Guardiola had a phone call recently to discuss the proposed move. It is understood City is willing to offer Ronaldo a two-year contract, with a salary of £12.8m-per-season (€15m), and would like to sign the Portugal captain for free.

However, this is where doubt starts to surface over the deal. As aforementioned, City wants to sign the Portuguese striker for free due to his high wage demands and Juventus’ desire to unload him. However, it is obvious that Juventus wouldn’t want to allow a player that scored 36 goals last season to leave for free. So, Juventus wants between £28 million and £30 million to allow Ronaldo to leave a year before his contract expires.

I believe that Manchester City will either cave to Juve’s demands or at least try to cooperate with them as Ronaldo could be the last piece of the puzzle in winning the Champions League. Prior to City’s 5-0 win over Norwich they had failed to score in their last 3 games and had a lot 2 trophy due to that.

Ronaldo is arguably the best player in football history and would fit into Manchester City’s star-studded lineup alongside the likes of Kevin De-Bruyne, Raheem Sterling, and Jack Grealish.

The striker began his career at Sporting CP where he graduated from the academy and immediately became a key player in the first team. Ronaldo won his first trophy at Sporting in 2002 where he won the Portuguese Super Cup.

His incredible form soon caught the eye of Sir Alex Ferguson who brought him to Manchester United for £17 million in 2003. At United Ronaldo immediately began to take off and became a regular starter and fan favorite.

In 2009 Ronaldo was arguably the best player on the planet and Real Madrid had to have him. So they spent a then-world record £85 million to bring the forward to the Bernabeu.

In 2018 Ronaldo began to look for a new challenge and secured a move to Serie A giants Juventus for £105 million. Once again Ronaldo shone here scoring 101 goals in 134 appearances and winning 2 Serie A titles, 1x Coppa Italia and 2x Supercoppa Italiana’s

The forward has also been capped 179 times by the Portuguese National team and has scored 109 times for his country. He has captained the Portuguese team to the 201 European Championship title, as well as the 2019 Nations League title.

In addition to his club and international success, Ronaldo has also received numerous personal awards. He has won the coveted Ballon d’Or 5 times, THE BEST FIFA MEN’S PLAYER twice, is 3x UEFA BEST PLAYER IN EUROPE, has been named Portuguese Player of the Year 10 times, and won the Puskas award in 2009. In addition to these achievements, Ronaldo has also won the top goal scorer of a competition on 19 separate occasions.

This impressive resume trumps the fact that Ronaldo may only have a few years left in the game and instead reinvigorates the belief that he could still be a crucial component in any team and has the experience to help Manchester City win their first-ever Champions League title.