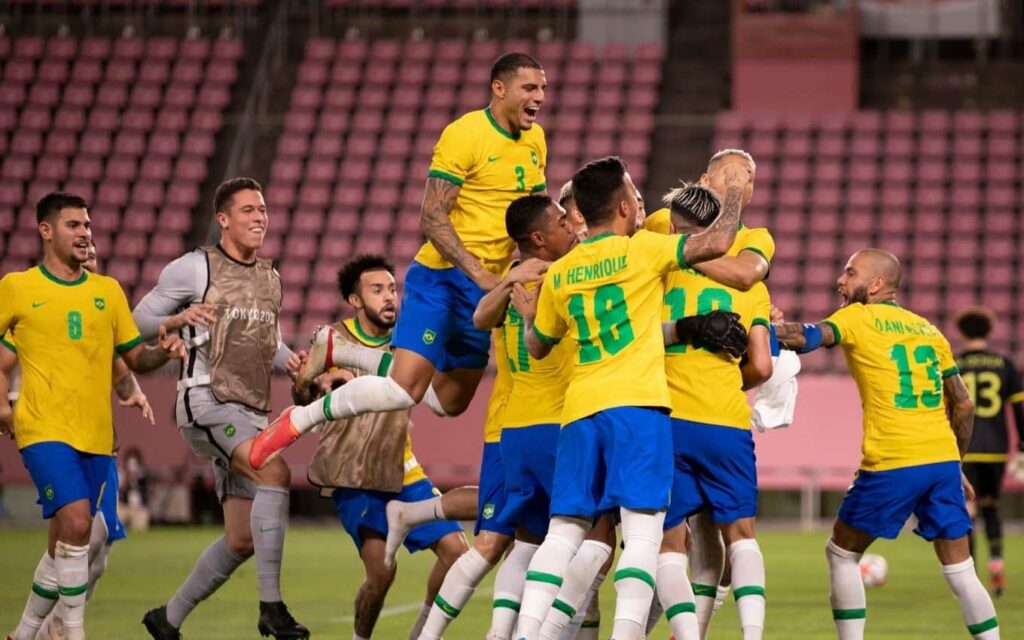 Brazil will face Spain in the final game of Olympics football in 2021. Check all options to Watch Brazil vs Spain Live Stream football Finals of Olympics 2021 online. Brazil will be looking to defend their Olympic gold medal when they take on Spain in Saturday’s final at the Nissan Stadium.

True, many Brazilians were a little bored by the Spanish possession game. Where Barcelona had Lionel Messi to provide the individual fantasy and the mazy, destructive dribbles, in his absence Spain’s passing could at times be stale. But at others it could be dazzling, a constant and dynamic exercise in geometry, new triangles constantly forming as two players exchanged passes and a third moved into position to receive.

But some Brazilians affected to see no beauty in this. During the recent Euros, there were pundits on Brazilian TV wholly unable to conceal their desire to see the Spanish defeated, punished for the supposed arrogance of their faith in a passing game.

Brazil vs Spain is set to be an online-only event in the UK.To stream the match live, head to the Eurosport Player or discovery+.

Richarlison is the top scorer for Brazil with five goals and is almost certain to start in a front three for the Olympic final.

Paulinho, Claudinho, and Antony are likely to start behind the Everton man, with Matheus Cunha set to miss out through injury.

Douglas Luiz of Aston Villa and Arsenal target Bruno Guimaraes are likely to retain their positions as holding midfielders.

And the back four of Guilherme Arana, Diego Carlos, Nino, and Dani Alves hasn’t changed once during the tournament, so should remain the same.

Spain boss Luis de la Fuente has a nice selection problem as he decides whether to stick with quarter-final hat-trick hero Rafa Mir in his starting line-up or revert to Asensio.

Unai Simon, who also keeps goal for the senior Spain team, can win the Golden Glove with a clean sheet in the final, as can Brazil opposite number Santos.

Martin Zubimendi, Pedri and Mikel Merino are all set to start in midfield.

Experienced defenders Pau Torres and Eric Garcia should retain their spots at center-back.

Meanwhile, at full-back, De La Fuente will choose between keeping Marc Cucurella and Oscar Gil in the line-up or reverting to the quarter-final pairing of Juan Miranda and Oscar Mingueza.

When is the match?

The gold medal final kicks off at 12:30 pm BST on Saturday, 7 August at the Nissan Stadium in Yokohama.

Where can I watch it?

The match will be shown live on Eurosport 2 and can be streamed on the Eurosport Player and discovery+.