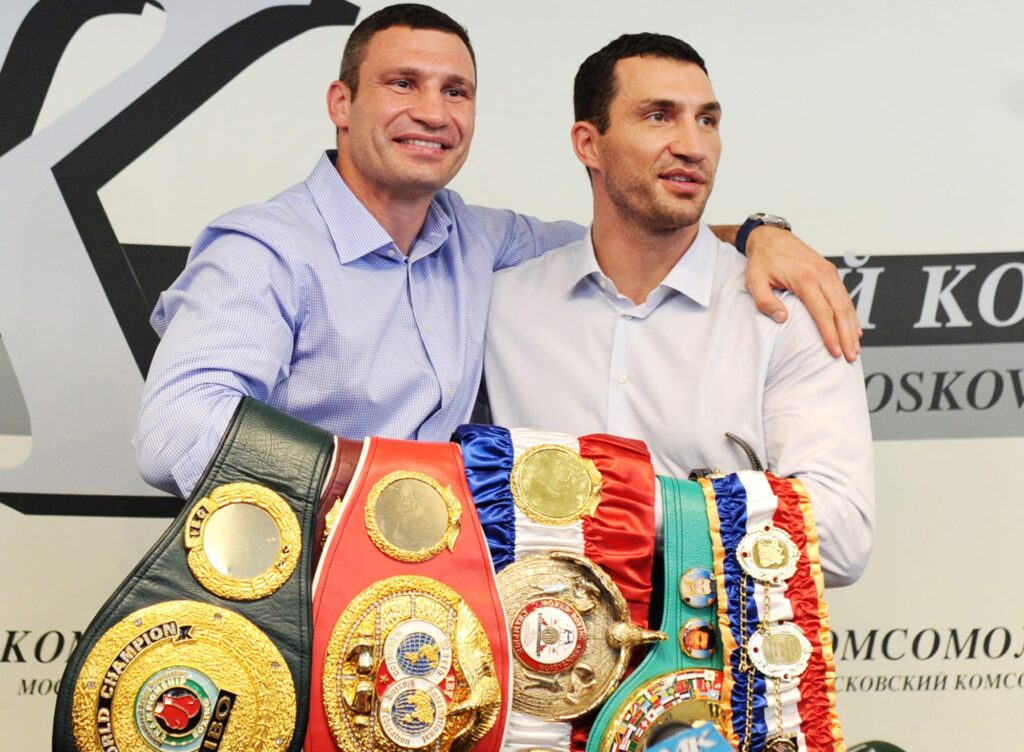 The weekend of Feb. 26 produced several impressive and controversial boxing bouts. Josh Taylor’s decision to win over Jack Catterall drew outrage, and Hector Garcia’s victory over Chris Colbert reshaped the super featherweight division. Yet, it’s hard to focus on or care about boxing, considering the unjust Russian invasion of Ukraine. Ukrainians are being murdered, and former heavyweight champions Vitali and Wladimir Klitschko are in extreme danger.

The giant Klitschko brothers ruled the heavyweight division for much of the 2000s. Their records combine for 109-7, which might make them the most successful fighting brothers in history. Both are Hall-of-Famers who conducted themselves as gentlemen in the ring and are proving to be heroic and righteous outside of it.

Vitali made a career in politics post boxing. He’s the current mayor of Kyiv, Ukraine’s capital, which is currently under siege and encircled by Russian invaders. Outnumbered and outgunned, Ukrainian soldiers and civilians bravely fight for their independence and lives. The Klitschko brothers are part of their nation’s defense force fighting on the front lines.

Vitali told Good Morning Britain (h/t CBS News) he doesn’t have a choice in joining the war effort. He’s right. His strength of character won’t allow him to shirk his responsibility and love for his country. The same can be said for Wladimir, who is fighting by his side.

A recent Yahoo column called into question the Klitschkos’ decisions to stay and defend their homeland.

“He does have another choice,” Yahoo’s column stated. “He could work with other political leaders in Ukraine to develop strategies and to seek assistance from NATO and other allies.”

These words are incredibly simplistic and naive. They paint a black and white picture of a situation filled with shades of gray.

Vitali is working with political leaders in Ukraine to find a peaceful resolution to the current war, but their would-be conquerors aren’t reciprocating with any good faith. The Russian army is following the orders of a madman who is ordering them to unjustly strip Ukraine of its sovereignty by any means necessary.

The Klitschkos could have left Ukraine and worked behind the scenes, but their conscience wouldn’t allow them to do that. They couldn’t ask the people of Ukraine to signup to fight and die while they avoided the same risk. They would have been hypocrites.

Being a fighter has something to do with the Klitschkos’ decision-making, but so does being a moral person. They’re doing what’s right.

Putin and a murderous Russian army are attacking. They’re not giving Ukraine an opportunity at diplomacy. Russia took that option off the table the second they decided to unlawfully cross Ukraine’s border with the purpose of imperialism.

It was a pleasure watching Vitali and Wladimir in the ring throughout their careers, and it’s tragic to see them have to defend their country against annihilation.