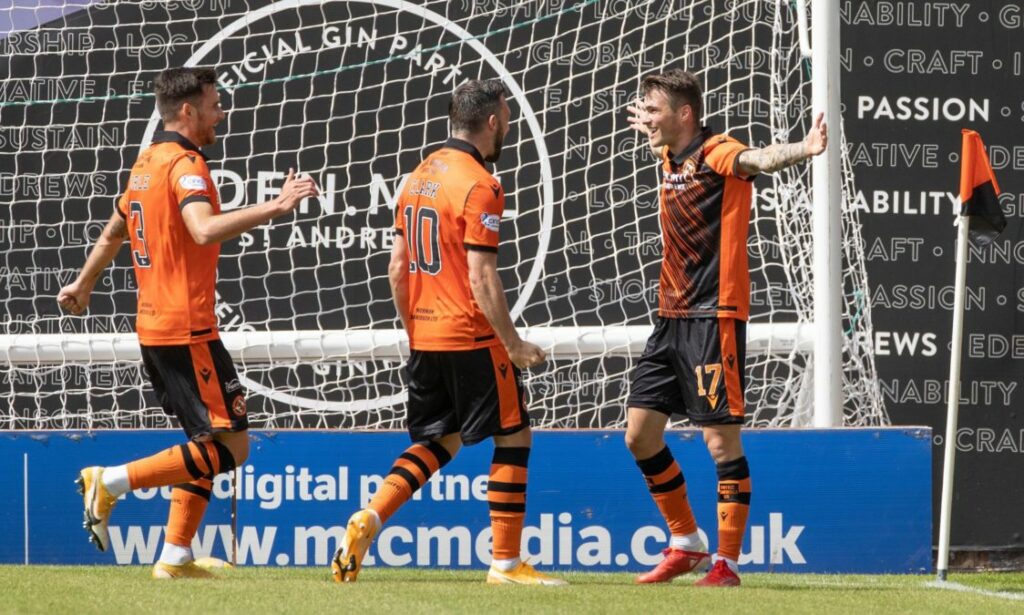 On the 4th of March, 2020 Rangers lost at home to relegation battlers, Hamilton in a game that lead to some fans turning on their manager, Steven Gerrard. Rangers would then bounce back with a win against Ross County- their last game before the pandemic and the start of a run of 40 matches that featured 34 Scottish Premiership wins, 6 draws and 0 losses.

That run is now officially over and it has been ended by Tam Courts’ Dundee United side- a team that received their fair share of criticism last week after losing 2-0 to Aberdeen in their season opener. A goal by highly sought-after United fullback, Jamie Robson separated the two teams in a 1-0 win at Tannadice for the home team.

The old football cliché, “one team wanted it more” was very much appropriate for this match. You can look at the stats and tactics all you want but sometimes results just happen from sheer work rate, organisation and fight and in today’s game that was certainly the case- of course, tactics came into it and you can’t discredit Courts from the way he set up his team but those attributes, for me were the main contributors to United’s win.

When looking at the goal you can put it down to some luck on United’s part as the ball directed off Steven Davis straight into Robson’s path but it was still a composed finish and to once again use a cliché, “you create your own luck”. 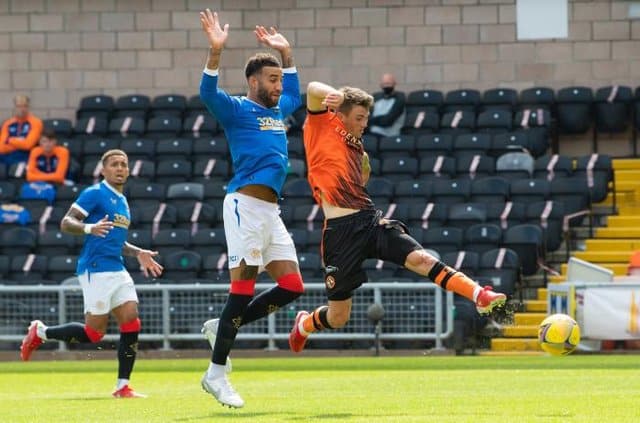 Robson gets past the defence and slots it into the net. The Scotsman

On paper, both teams were playing a 4-3-3 but as you can see from the average positions there was a lot more to it than that. 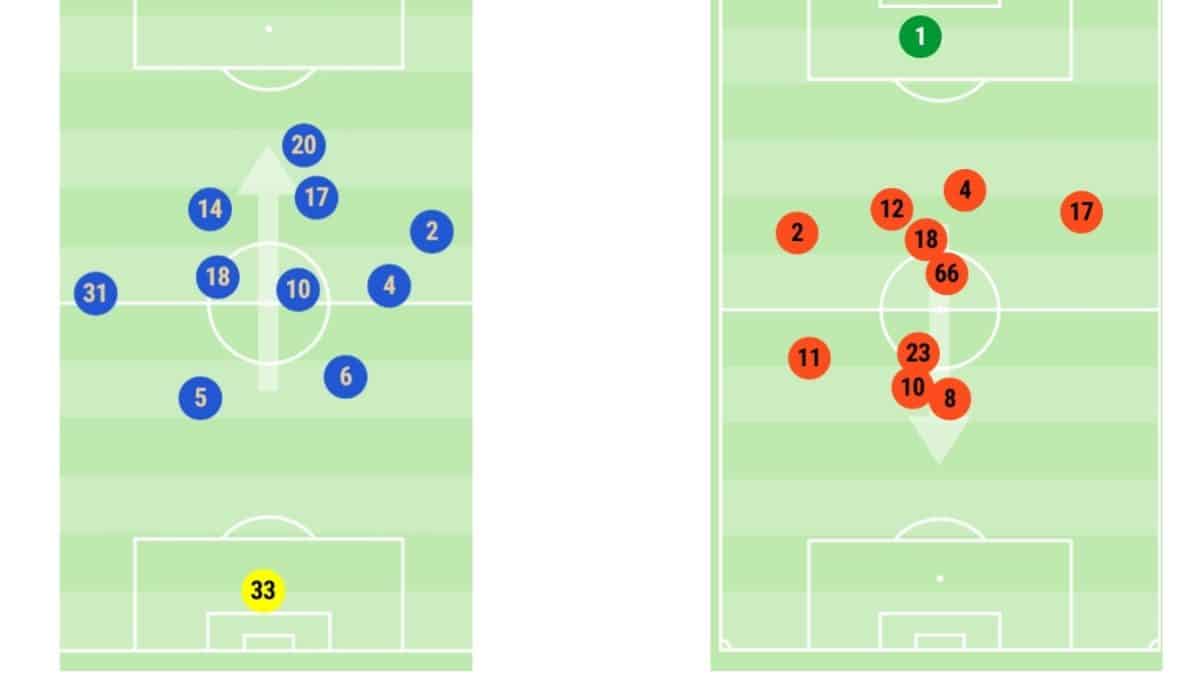 United made the game quite congested in the midfield and it worked to perfection. Fuchs, Butcher and Harkes all performed well in their roles, winning their individual battles and playing it on to the more creative players in Pawlett and Chalmers. Jeando Fuchs in particular was very impressive, making 4 tackles and 3 interceptions whilst maintaining a 72% pass accuracy.

United’s fullbacks weren’t bad either, they pushed up when needed but still tracked back to shut out any attacks from their opposition. An obvious example of this is the goal with Robson high up the pitch, ready to receive the ball when it fell to him. Rangers stuck with their title-winning formula with the inverted-wingers and high fullbacks, once again showing that you can put out the perfect tactics to win a game but if you don’t have the fight or right performance level it won’t work out.

What Went Wrong For Rangers?

As previously mentioned the United midfield three were outstanding whereas Rangers’ struggled. The new signing, Lundstram has received a lot of criticism online but he wasn’t alone in underperforming for the Gers today and he certainly wasn’t the worst.

The former Sheffield United man was by far the most creative of the midfield with 2 key passes and at points linked up with Tavernier well but in fairness of his critics wasn’t the physical, combative player in the midfield that he came in to be. Steven Davis, who wasn’t bad on the ball today struggled with the physicality of the United midfield and only won 1 of his 5 ground duels whilst Kamara was very average and didn’t add much at all.

When looking at why Rangers’ lost the midfield you could put it down to the physicality and congestion in the area of the park. I think if Aribo wasn’t out wide today and was playing in the three instead of Lundstram, that would’ve been ideal for him with his strength and ability in tight spaces. As much as I think the game was lost in the midfield they certainly weren’t solely the blame. Barisic struggled with stopping crosses, Morelos and Kent’s end product wasn’t good enough and Tavernier didn’t create chances to the same standard we are used to with the Rangers skipper.

Today’s match was the perfect example that if you do the simple things right, win your individual battles and work hard you can pull off a shock result like this. A down spirited Rangers will be at Ibrox again on Tuesday to try and turn their Champions League Qualifying tie around against Malmo whereas United’s next fixture is Championship side, Ayr in the Premier Sports Cup where they will be hoping there are no shock results going against them. 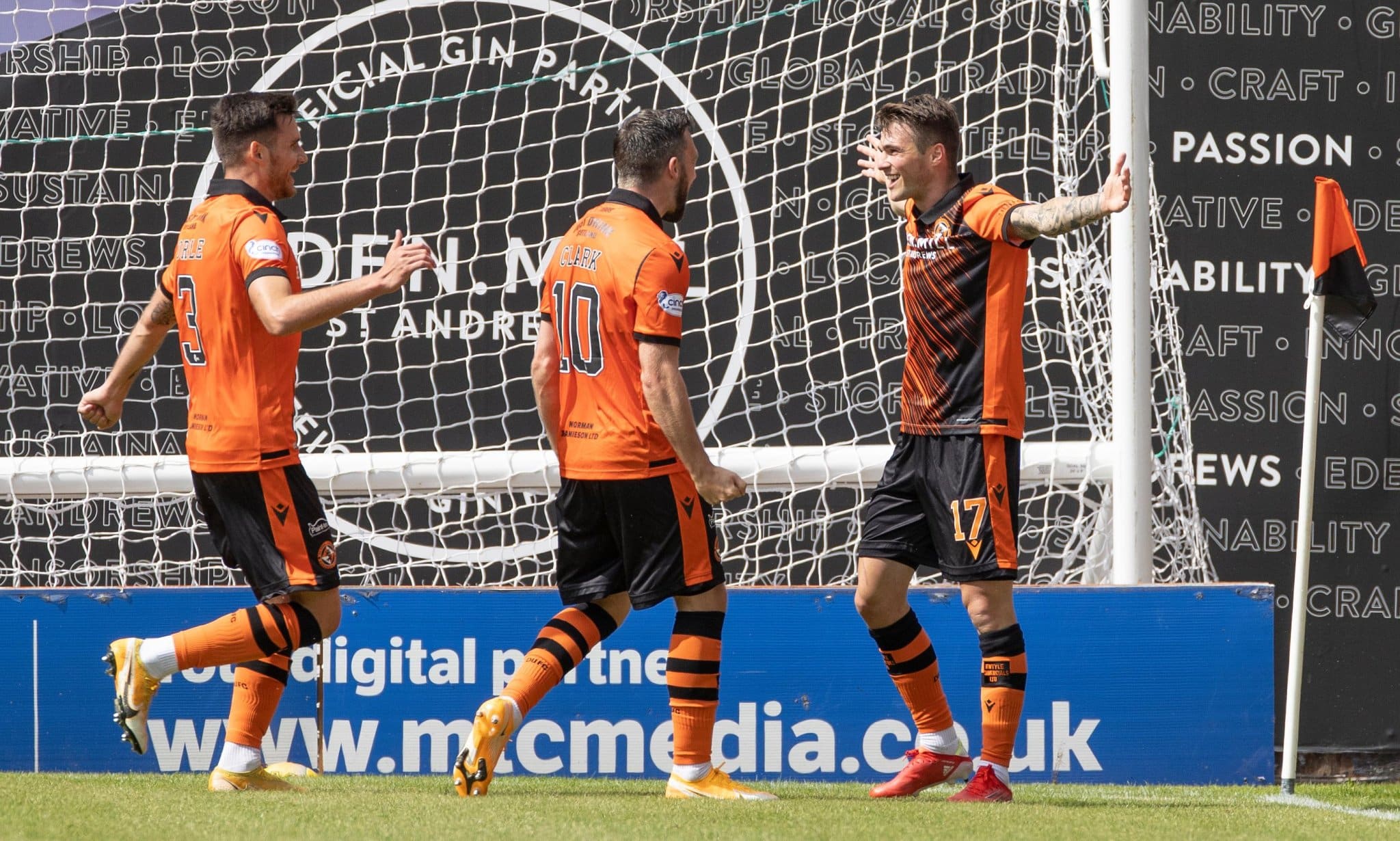