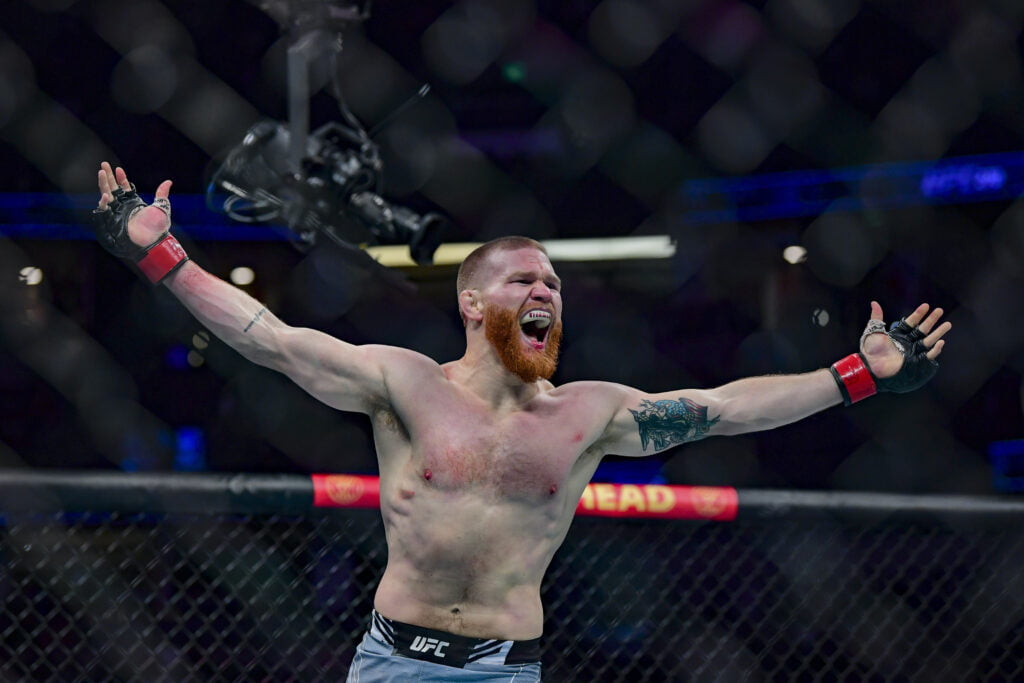 Momentum and hype are two essential elements of stardom for UFC competitors. Some are trying to cultivate them, while others look to snatch both away from their opponents. Matt Frevola is openly looking to do the latter to Paddy Pimblett. He joined Jab, Cross, Hook to talk about his plans to face and defeat the fan-favorite Pimblett.

“The fight makes sense and it’s going to happen. Paddy has a lot of hype and I don’t know anyone else better to derail the hype train,” Frevola said during the interview. “He’s tough everywhere and so am I and it’s going to be fireworks. He says these Scousers can’t get knocked out and I’m going to put that to the test.”

Frevola knows a thing or two about stopping an opponent. With a 9-3 professional record, 5 of his victories are via some form of finish, two via knockout, and three by submission. He joined the UFC officially in 2017 after picking up a win on the Dana White’s Contender Series. Since then, he’s put together a 4-3-1 record in the Octagon. This includes wins over the likes of Luis Pena and Jalin Turner. Frevola last fought at UFC 270 where he finished Genaro Valdez via TKO in round one.

“I’m definitely calling him out and my manager is pushing it to the UFC. But it sounds like they want to wait until they go back to London for Paddy,” Frevola said. “I’m trying to get three fights in this year, but this is big enough that I’m willing to wait a little bit to get this fight.”

Paddy Pimblett is a rising star in the UFC

Pimblett is one of the hottest new names on the UFC roster. The Liverpool-native is an attention-grabbing competitor that has kicked off his UFC run to a strong start. He’s picked up two wins since joining the promotion in 2021 and recently submitted Rodrigo Vargas back in March. The former, two-division Cage Warriors champion often draws comparisons to none other than Conor McGregor.

“He’s good no doubt. He was a double champ for Cage Warriors. He’s well-rounded but he hasn’t been tested,” Frevola said. “That’s what I like about this fight. We’ll see if the hype is real because I don’t think it is. I don’t think he’s fought someone like me that can beat him everywhere.”

At this time, there isn’t any news about the validity of a fight between Frevola and Pimblett, but it would be an interesting test for the two lightweight competitors.