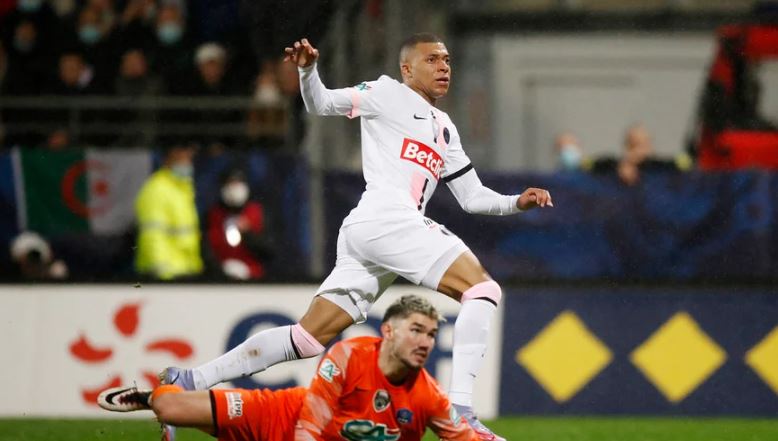 Three goals in 16 minutes, Mbappe could not have welcomed the year 2022 better! In the first match of the year, PSG faced the fourth division team Vanessa in the French Cup. If there was any result other than winning the match, it would have been a matter of surprise. That did not happen. It is better to say that Mbappe did not allow that to happen. PSG defeated Vanessa 4-0 with a hat trick by Mbappe.

Defender Presnell Kimpembe scored the rest of the goal. As a result of this victory, PSG has advanced to the Round of Sixteen of the French Cup. Mbappe scored a great hat-trick in his career at the age of only 23 years.

Messi’s corona, Neymar’s injury. Among the famous trio of PSG, only Mbappe came down. No players like Anhel Di Maria or Mauro Icardi were named in the match.

Along with Mbappe, talented young Xavi Simmons from Barcelona and midfielder Georgino Vinaldom have played in the PSG attack. In the 26th minute of the match, Kimpembe led the team with a great header from the corner of Portuguese left back Nuno Mendes.The 23-year-old is now into the final six months of his current contract at Parc des Princes with UEFA Champions League last 16 opponents Real Madrid circling Mbappe. But he did not let that distract him as he returned to action full of focus and hunger.

PSG took the lead at Stade de la Rabine through an unmarked Presnel Kimpembe from a Nuno Mendes corner after 28 minutes to lead at halftime before Mbappe took center stage on the hour mark when he was teed up by Kimpembe from inside his own half.

In the first half, Vanessa’s defense somehow managed to hold on to Mbappe, but in the next half they could not.

Mbapp’s ordeal started at 59 minutes. The French forward scored his first goal by running a ball extended by Kimpemb from the defense.

Simmons was second in the 61st minute and Eric Ebimbe was third in the 8th minute. With this, Mbappe has scored 16 goals in 25 matches this season.”I am happy,” said Mbappe, who scored goals in the 59th, 71st and 76th minutes. “We took it seriously. It was not an easy game for us. We were present. We played and did what we needed to do. We are happy to come away with qualification. For 2022, I wish for health, happiness and many titles with PSG and France.”

While all the talk will focus on the possibility of a move to Santiago Bernabeu, Mbappe is concentrating on his current situation and was even the first player to return to training after the winter break when he arrived a day earlier than his teammates.