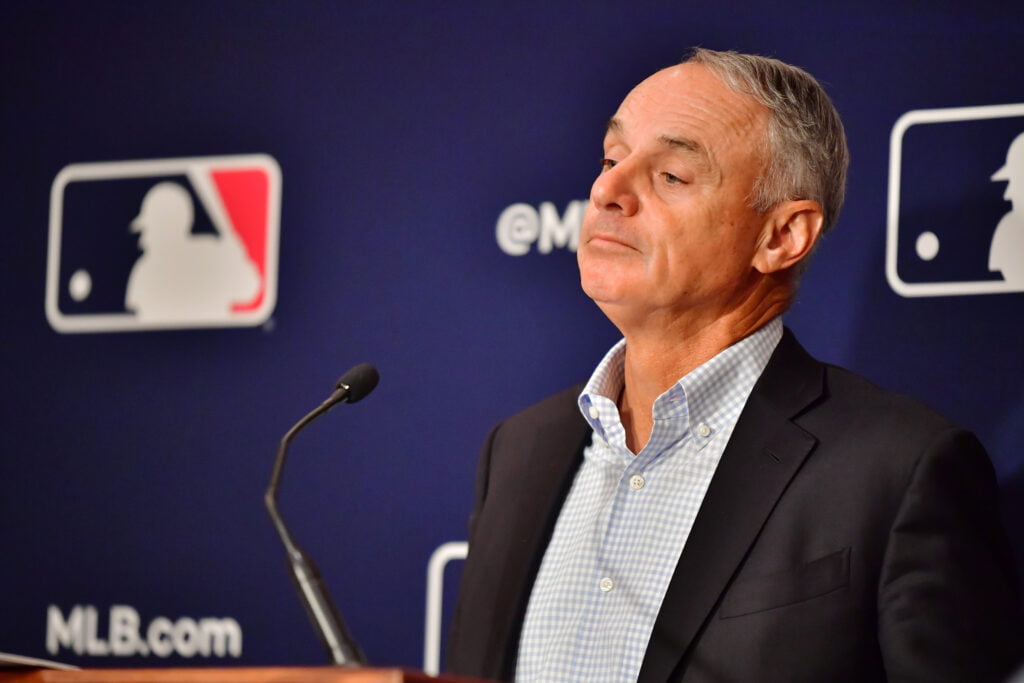 Every time he opens his mouth, the wrong words come out.

It’s almost shocking that the MLB team owners who pull his puppet strings continue to let him speak to the media at all, as their should-be mouthpiece does more harm than good whenever he does.

On Tuesday, Rob Manfred took time to answer questions from media members at the All-Star Game. When asked if minor-league salary is an issue of affordability or teams simply choosing not to, he offered up this ludicrous soundbite:

In other words, ‘I don’t like your statement of fact posed in the form of a question.’

But wait! It gets worse!

Rob Manfred went on to pat himself and his overlords on the back for doing the bare minimum of making sure that if they weren’t going to pay minor leaguers a living wage, they’d at least house them:

Yes, this year, for the first time, MLB mandated minor-league housing. Let’s talk about what means.

However, the setup is far from perfect. The minimum housing requirement stipulates that two players can share a bedroom. While several teams gave each player their own place, others did not, making the setup unsuitable for players with families.

If housing was truly compensation, players would be in the driver’s seat.

A living wage would give them freedom. Housing keeps them reliant.

As for actual compensation, a recent lawsuit certainly upholds the ‘premise of the question.’ This month, MLB agreed to distribute a $185M settlement to over 20,000 current and former minor leaguers after a lawsuit claimed the league violated the federal Fair Labor Standards act, minimum wage, and overtime. Or in other words, a little more than the minimum MiLB salary this year.

That’s quite a bit of money to shell out if you’re paying your players fairly.

As brilliant MiLB champion Emily Waldon noted when Manfred’s latest gaffe trended on Twitter Tuesday afternoon, minor leaguers are only paid in-season, yet they’re expected to stay in shape, train, and hone their craft all offseason and show up to spring training, ready to impress. The average minor leaguer will make $12,000 this year, putting them below the federal poverty line. Worse yet, the minimum minor-league salary is $4,800. Those numbers stand in stark contrast to the average MLB team valuation of nearly $2 billion.

In order to earn a living wage, many players take on other jobs. Randy Dobnak drove for a ride-share company to make ends meet before getting his big break with the Minnesota Twins (and got bullied for it by Yankees fans, by the way). Garrett Whitlock worked two jobs while recovering from Tommy John during the first year of the pandemic, before getting claimed by the Boston Red Sox in the Rule 5 draft and pitching one of the best rookie seasons in franchise history.