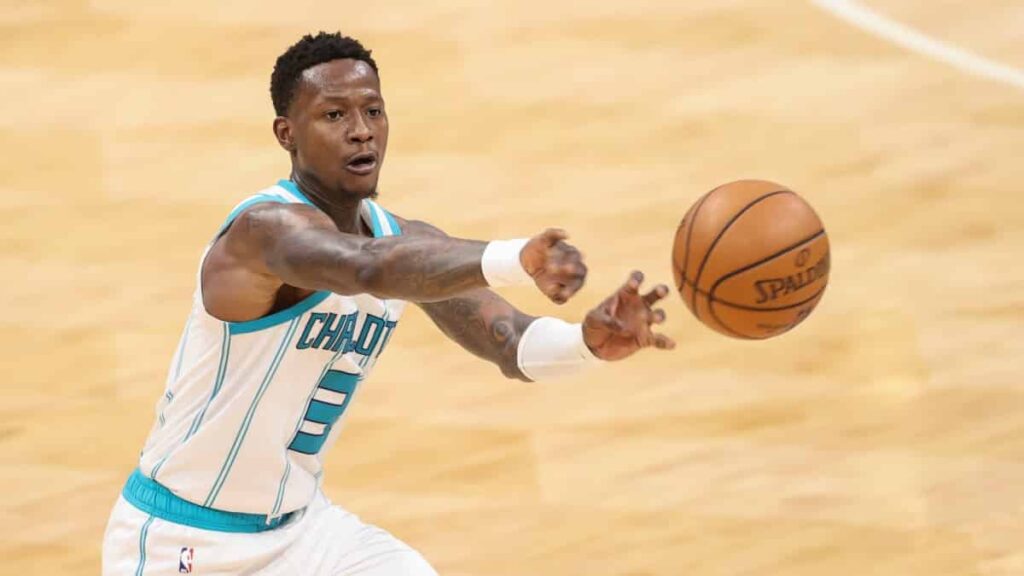 Charlotte Hornets guard Terry Rozier has agreed to a four-year, $97 million extension that will keep him in Charlotte through the 2025-26 season. The Hornets originally added Rozier in the summer of 2019, landing him via a sign-and-trade deal with the Boston Celtics that moved franchise icon, Kemba Walker, to Boston.

Despite many the trade being heavily criticized as the Celtics took away much more, it now seems the Hornets may have walked away better off as they continue to have a producing guard whilst Kemba was traded from the Celtics to the Thunder in June and has just signed for the Knicks.

Rozier has spent the last two seasons in Charlotte and enjoyed a successful spell. He enjoyed a career-best season as a scorer in 2020-21 with 20.4 points per game while also posting 4.4 rebounds, 4.2 assists, and 1.3 steals per game in 69 starts. In his first season in Charlotte, he averaged 18.0 ppg, 4.4 RPG, and 4.1 APG as he became a full-time starter for the first time in his career.

Rozier has also become a reliable threat from beyond the arc, knocking down 39.6% of his 7.5 three-point attempts per game in 132 total contests for the Hornets. He shot three-pointers at a lesser rate (35.4%) on a lesser volume (3.5 attempts per game) during his four years with the Celtics.

Amongst the most noteworthy outings by Rozier, this season included a then-career-high 42 points in Cleveland on Dec. 23, a performance that featured an opening night-record 10 three-pointers.

He also had a 41-point showing against Minnesota on Feb. 12, hit his first game-winning buzzer-beater two nights later versus Golden State, reset his career-high by dropping 43 points on New Orleans on May 9, and finished the season with a personal-best five double-doubles.

Despite his reasonable success in Charlotte we have to look at whether the franchise has made the right move in agreeing to such a large contract as Charlotte doesn’t have the best track record with good negotiations.

Rozier will be earning around $24,250,000 a season for the next 4 years which will make him the 44th highest-paid player in the league, above the likes of Lonzo Ball, Spencer Dinwiddie, and Zach Lavine.

As one of the highest-paid guards in the league, there will be immediate pressure for him to continue performing and improve. However, it does seem as though Charlotte may have made the right move as Rozier seems like a solid player on defense and offense and should continue to produce.

Charlotte has not made the playoffs since the 2015-16 season and hasn’t won a playoff series in the last 19 seasons so hopefully, this trio along with new signings can make the difference.