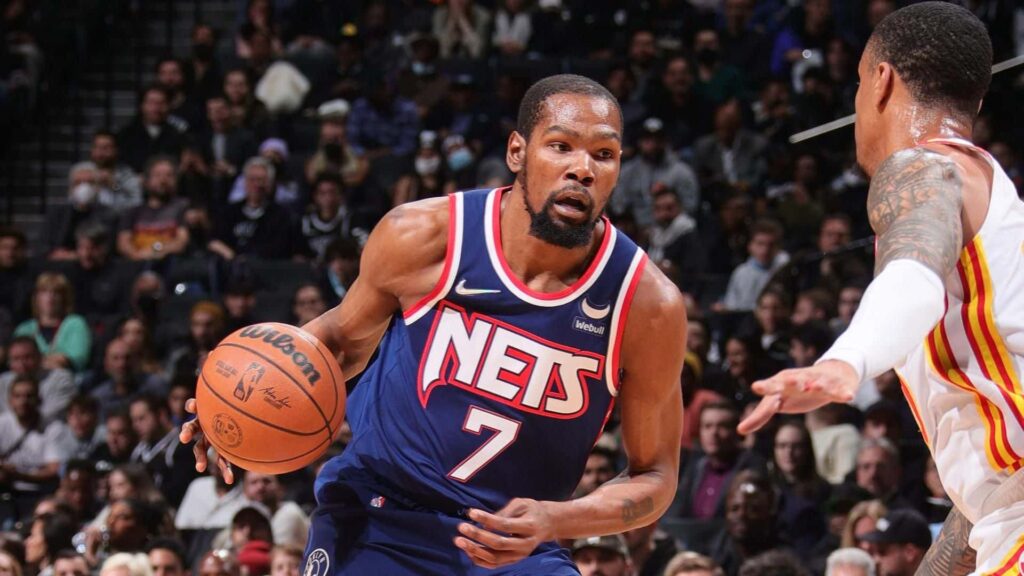 The 2021-22 NBA has already shown to be exciting with nothing but action-packed games and high-level performances from rising as well as proven basketball superstars making the NBA MVP race very tight. This article will list my personal favourites to land the 2022 NBA Most Valuable Player Award trophy. All the stats provided are based on January 7th.

From that moment, Steph overtook Ray Allen to become the all-time 3-point field goal-made leader and he is adding up to this milestone after every three-point made. No other player in NBA history has attempted 13.3 3-pointers per game and with a career 43% accuracy, that shot is lethal. Furthermore, this record is not only beneficial to Steph but also to the Golden State Warriors seeing that they are the second favorites to win the NBA championship (+450), according to the odds of nj.com as of January 7th. It is also worth noting that Steph is having his best defensive season yet as he is holding his opponents 3.1% below their overall field goal average and 4.8% below their normal 3 point average. 2022 is looking bright for the “Dubs” with, arguably, Steph’s best overall season and the long-awaited return of 5-time All-Star, 3-time NBA champion and the other half of the “Splash Brothers” Klay Thompson.

After tearing his right Achilles tendon during Game 5 of the 2019 NBA Finals, there were questions about Durant’s game after recovering from this injury. He missed the 2019-20 season. Last season, he was able to shrug off those questions since he had an impressive showing which could have led to a longer postseason run that was missed by one shot that was a shorter shoe size from being a three-point.

However, this year, KD is determined to win his 5th scoring title as he is currently the only player averaging at least 30 points per game, per NBA.com. Contesting his shot is almost impossible due to his high arching shot combined with his height (6’11”) and his incredible wingspan (7’5″). Additionally, James Harden‘s and Kyrie Irving‘s, who recently came back, advanced scoring skills let KD take of easier one-on-one situations every game.

Not many have accomplished what Giannis is doing throughout their NBA careers. “The Greek Freak” has essentially won almost every award, whether individual or team, at just 27 years old and he is still going strong this season. He is continuing to be the closest modern representation of Shaquille O’Neal by terrorizing defenders with his amazing physicality and quickness and also by averaging a league-leading 10.3 free throws per game. On the opposite side of the court, he is pestering opponents on the perimeter and in the paint with his ridiculously long arms, only surpassed by his last name, helping him in that regard; making him a yearly threat to win the Defensive Player of the Year trophy, which he already won in 2020. To win the MVP, he would need to continue to demonstrate that he is the best two-way player in the league.

Winning the MVP last year does not seem to be enough for “The Joker” because he is surely showing that he wants to repeat with the season that he is having. Despite being without guard Jamal Murray (second-best scorer) and forward Michael Porter Jr. (third-best scorer) for most of the year, Jokic is having no trouble in keeping Denver in playoff contention. As a center, he is currently ranked tied second in the NBA in triple-doubles. Nikola’s IQ is one of the most dangerous weapons in the NBA given that his remarkable vision (7 assists per game) coupled with his size and strength enables him to constantly disrupt opposing defenses. If left one-on-one, he can easily score on defenders in multiple ways whether by shooting over players, driving or bullying the opponents. If doubled, he will find the open man for the easy basket, like this. There is a reason why Denver is fine letting him touch the ball more than everybody else in the league.

While some were questioning the Chicago Bulls’ 2021 offseason activities, DeMar is sure proving those detractors wrong with his impressive start of the season. The main addition of guards Lonzo Ball and Alex Caruso as well as All-Star calibre players Zach LaVine and Nikola Vučević are also responsible for Chicago’s improved status as a contender but DeRozan is striving as the leader of this young team in the East. The former Raptor and Spur has been clutch throughout the season as he has the highest field goal percentage (56.8%) during crunch time in the NBA for a player with at least 35 attempts in closing time. Additionally, he just recently became the first player in NBA history to hit game-winning buzzer-beaters on back-to-back nights which allowed him to be fifth on this list.

What else is there to say about Lebron? At 37 years young, he can still be arguably regarded as the best player on the planet. The King is off to a flying start in his 19th season as his 28.6 points per game are his highest since the 2009-10 season. If he continues to score at this rate, he would be the 3rd leading scorer in the league. The main reason why is not on my top 5 MVP list is because of the Los Angeles Lakers’ subpar record (20-19, 6th in the Western Conference as of 04/01/2022) despite the high expectations set by acquiring multiple players including Russell Westbrook and Carmelo Anthony.

While the 76ers are currently dealing with the Ben Simmons drama, the 7ft tall 280lbs Cameroonian center is showing once again his worth on the court. Few, if any, can handle his blend of strength and skill at that size making him a terror on both sides of the court. Durability has always been an issue for Joel which hinders the effectiveness of the 76ers, who are already without their second best player in Ben Simmons.

The Jazz seems to be overlooked among the public for the reason that they are a top contender in the West as seen in their 28-10 record. It is spearheaded by a deep roster filled with top shooters around superstars Donovan Mitchell and Rudy Gobert. The former mostly provides offense to the team, while the latter is the fundamental piece of a top 5 defense. The Stifle Tower makes every offensive player think twice before entering the paint and if a player is brave enough to do so, the shot is most likely going to either be heavily contested or sent to the 12th row, a staple for the 3-time Defensive Player of the Year. On the other hand, on offense, he could still improve as his limited post-up moves and lack of shooting can be detrimental to the Jazz in the playoffs, like last season in the second round against the Clippers.

Luka Magic has been on the map since the 2018-19 season which corresponds to his rookie year. Which other player gets compared to NBA greats like Magic Johnson, Larry Bird and Lebron James at Luka’s age (22)? He surely has the potential to achieve greatness thanks to his all-around game as he became the youngest player in NBA history to reach 1,000 points, assists and rebounds last year. This season he is leading the Mavs to a top 5 spot in the brutal Western Conference. Even though he is most likely not winning the MVP this season, he will definitely have some individual trophies in his closet when entering his prime.