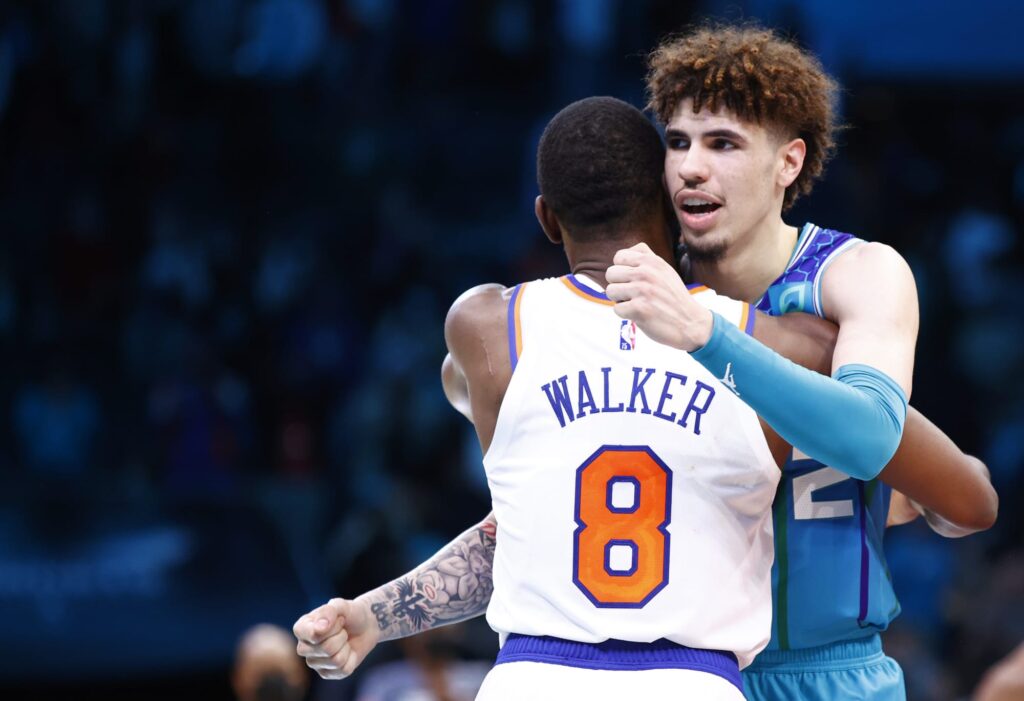 The Charlotte Hornets are looking for former All-Star talent to roster behind a developing LaMelo Ball, including Isaiah Thomas and Kemba Walker.

LaMelo Ball may be coming of an NBA All-Star season, but the 21-year-old point guard is still developing in his role with the Charlotte Hornets.

For that reason, the Hornets are looking to fortify their roster with a few veteran guards, namely ones who were the All-Stars of yesteryear.

According to NBA insider Marc Stein, the Hornets have been pursuing reserve point guard options to slot in behind Ball, looking across the league to find suitable candidates.

The team remains interested in Isaiah Thomas, who fulfilled the role last season, but the search has reportedly expanded to include former Phoenix Suns guard Elfrid Payton.

The tidbit that will excite Hornets fans the most is that the reserve role could be filled by a former Hornets staple. According to Stein, Detroit Pistons guard Kemba Walker is expected to be bought out of his current deal, which could open the door for Walker to return home to Charlotte.

Hornets may be looking to Kemba Walker, Isaiah Thomas to fill reserve role behind LaMelo BallBringing Walker back to Charlotte would be a fitting homecoming for someone who was a three-time All-Star during his eight-year stint in Charlotte.

Drafted by the Charlotte Bobcats in 2011, Walker broke through during the 2015-16 NBA season, making the All-Star roster for the subsequent three seasons.Kemba walked away from the Hornets when he was able to sign a four-year, $141 million deal with the Boston Celtics, but that proved to be short-lived.

Walker jumped from the OKC Thunder to the New York Knicks in 2021, and this July, he was traded to the Detroit Pistons in a deal for a future first-rounder.

Walker still ranks first in minutes played, field goals and three-pointers in Charlotte team history. For nostalgia’s sake, it could be ideal to bring in Walker, but Payton and Thomas also have arguments in their favor.

Payton is a bit younger than Walker and is a strong perimeter defender, and Thomas has already built chemistry with his Hornets teammates.

With what each player brings to the table, the Hornets will have to continue to weight their options as they bring in a player that will strengthen future playoff runs.