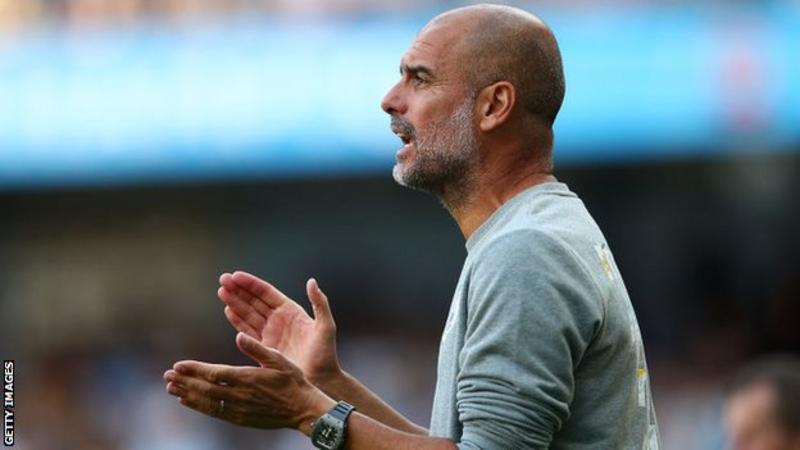 Pep Guardiola says it will be “an honour” when he gets the win he needs to become the most successful manager in Manchester City’s history.

McDowall was City manager for 592 games and Guardiola will only be taking charge for the 303rd time – 37 behind another famous club figure Joe Mercer – when his side face Chelsea on Saturday.

“I cannot deny it will be an honour,” said Guardiola, 50.

“Hopefully we do it sooner rather than later.”

Analysis – What will Guardiola try next against Tuchel?
Thomas Tuchel has ‘highest respect’ for Pep Guardiola
Guardiola has already won more trophies than any other manager in the club’s history.

His eight major honours are twice the number won by Mercer, who is next on the list. McDowall, who was manager from 1950 to 1963, was responsible for a single FA Cup win in 1956.

There are, however, no guarantees Guardiola will achieve the status before the international break.

“It’s a nice milestone and we have done it in such a short time,” said Guardiola.

“It’s a big compliment for all at the club to achieve it in the time we spent together here, especially the players of course but also all the staff and backroom staff who have made it possible.

“Sooner or later it will be beaten because they all are, but records are nice and we’ll be part of that.