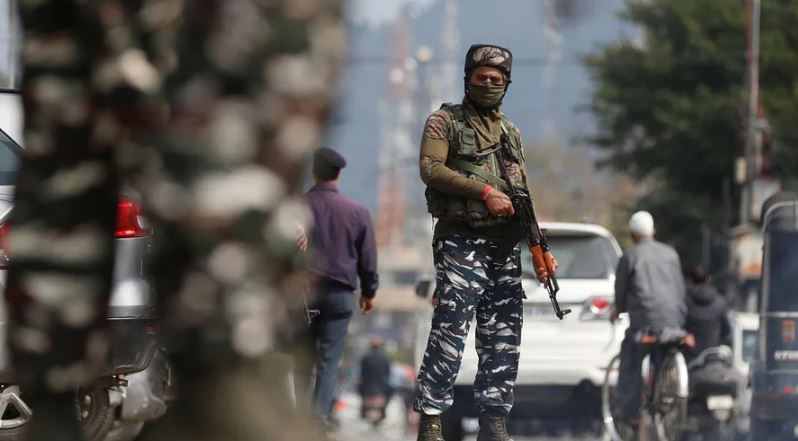 Six people have been killed in separate ‘gun battles’ in Indian-administered Jammu and Kashmir. This information was given in the report of NDTV online quoting Kashmir police on Thursday.

According to Kashmir police, two separate gunfights took place in Kulgam and Anantnag districts. Police are calling the six people killed in the alleged gunfight ‘terrorists’.

Police said one of their members was injured during the operation in Naogam area of ​​Anantnag. The injured policeman was rescued and admitted to a nearby hospital.

Officials say a security operation was launched in the village of Mirhama in Kulgam on the basis of specific information shortly after the Anantnag gunfight. During the operation, terrorists shot at members of the security forces.

Kashmir police initially tweeted that a ‘terrorist’ had been killed. They later reported two more were killed in the operation.As the joint team of forces was tightening the cordon, the militants hiding in the village opened indiscriminate fire and tried to break the security cordon. In the initial burst of gunfire from the militants, a policeman and two soldiers were injured.

The militants, however, failed to break the cordon resulting in an exchange of fire. The gunfight ended with the killing of three militants.

But this morning, Kashmir police tweeted that six terrorists had been killed in two separate gunfights.Over the last week, south Kashmir has seen a sudden surge in military operations against the militants leading to gunfights. On Sunday, five militants were killed in three separate gunfights in south Kashmir’s Shopian, Pulwama and Anantnag districts. Police sources attribute the increasing gunfights to changing weather and snow in the upper reaches of the valley.

“Usually, there is an increase in the gunfights at this point of the year,” said a senior police officer. “As it snows in the higher reaches and the temperature plummets, the militants abandon their hideouts in forests for the winters and return to the villages. This leads to more information gathering and more gunfights. “

Kashmir police tweeted that four of the six killed had been identified. Two of them are Pakistani nationals. Attempts are being made to find out the identities of the other two.