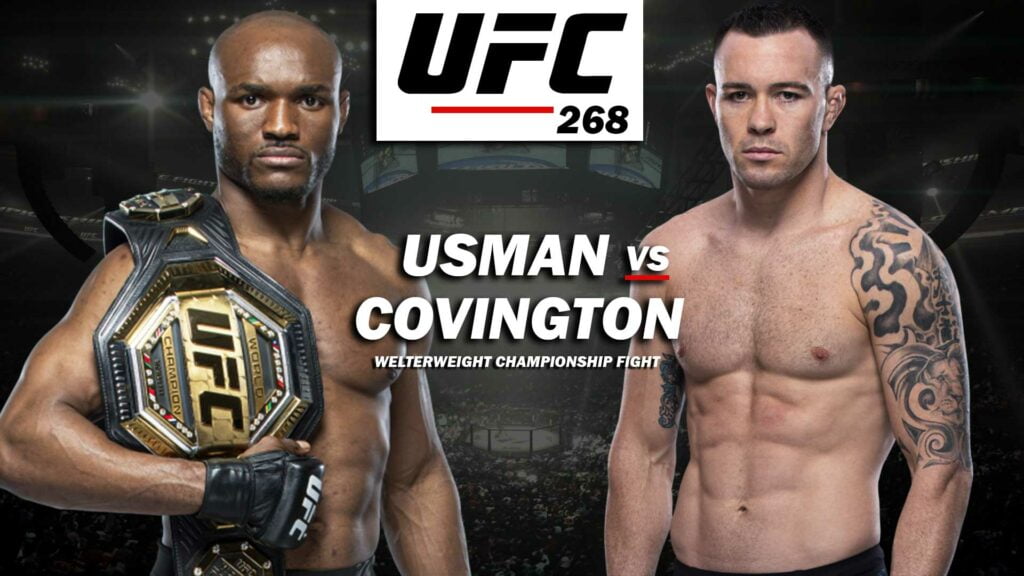 In 1980, Sugar Ray Leonard and Roberto Duran were considered the best two pound for pound boxers in the world. Leonard was an Olympic gold medalist who’d gone undefeated as a professional on his way to becoming the WBC welterweight champion. Duran was the former lightweight champion, who’d recently switched to welterweight, and won eight consecutive fights since moving up in weight. “The Brawl in Montreal,” as it was dubbed by Don King, lived up to the hype with Duran taking a unanimous decision and dethroning the previously unbeaten Leonard. However, the rivalry between these two men was just beginning.

Six months later, the two men met in a rematch that would become one of the most infamous moments in boxing history. Having learned from trying to stand toe to toe with the brutal Duran in their first fight, Leonard decided to use his superior agility to “stick and move” in the rematch. It was a strategy so affective at frustrating Duran that he turned his back to Leonard in the eighth round, looked at the referee and uttered “No más.” The fight was over, Leonard had regained his title, and an unforgettable moment in boxing history had just taken place. Decades later, there are multitudes of fans who know about the rematch, while some forget the first fight ever even happened.

Similar to Leonard and Duran, Kamaru Usman and Colby Covington had a fight to remember in December of 2019. UFC fans will not soon forget the hotly contested battle that ended with Usman winning by knockout in the fifth and final round. Recently, the two men agreed to face off in the octagon one more time in a pay-per-view main event scheduled for November 6th. If the sequel is able to live up to the original, the pair will officially become part of one of the greatest rivalries in combat sports. Let’s take a closer look at all the factors that will play a role in determining a winner between these two warriors the second time around.

It may sound strange, but the location of Usman versus Covington II is as key to the event as any other factor. The event will take place at Madison Square Garden in New York City. Many of the most notable moments in the history of sports and entertainment have taken place in this arena. Perhaps the most famous fight in the modern era, Ali versus Frazier I, took place at this hallowed location in 1971. The fact is, every memorable event in history is forever linked to where, not just who or what. In this case, the where is Madison Square Garden. If either Usman or Covington wants to become a legend, November 6th will be as good a time as any; opportunities to perform at historically significant sites don’t come along everyday.

In 1985, Magic Johnson helped the Los Angeles Lakers win their third NBA championship in six years. While every major sports championship is followed by intense celebration, it seemed the Lakers had added enthusiasm this time around. Twenty years later, when asked if that were true, Johnson did not hold back during his reply. “Yes. I took great pleasure in beating them. If there’s anything I hate in life, it’s the Boston Celtics.” The fact is, although Johnson had won two previous titles, avenging the team’s 1984 NBA Finals loss made this title better than the others. It just goes to show that even for highly successful people, revenge is still a motivating factor.

Colby Covington is certainly a highly successful mixed martial artist. He’s been the interim UFC Welterweight Champion, and he’s only lost twice in his professional career. However, one of those losses happened not long after he turned pro; expectations were not as high and the spotlight was not on him yet. However, Covington’s 2019 loss to Usman came at a time when Covington was at the pinnacle of his career. He was now participating in the main event of a pay-per-view fight card. His fights were the subjects of barroom debates and barbershop arguments. Losing to a man he’d vowed to beat during the lead up to the fight was bad enough. Losing to him by knockout in the fifth and final round was devastating. Covington has only been seen in the octagon one time since his lost to Usman, a victory over Tyron Woodley. However, make no mistake about it, his mind has been fixated on beating Kamaru Usman ever since their fight in 2019. On November 6th, he’ll finally get his chance.

Since joining the UFC in December of 2015, Kamaru Usman has won thirteen consecutive fights. His notable opponents include, Tyron Woodley, two victories over Jorge Masvidal, and Colby Covington. Those are three of the most highly regarded welterweights in mixed martial arts. Another win over Covington would do wonders for Usman’s resume. He has successfully defended the welterweight title four consecutive times. Anderson Silva once held the UFC Middleweight title for over six years, a stretch that included ten successful title defenses. Usman is certainly a long way away from that Herculean feat. However, he can add another layer to his argument as one of the greatest champions the sport has ever seen if he is able to beat a man of Covington’s caliber a second time.

Both Kamaru Usman and Colby Covington are elite wrestlers. Usman won a National Championship in collegiate wrestling during his time at University of Nebraska at Kearney. Covington was an All-American wrestler during his time at Oregon State University. This background in classic wrestling means that both men are among the best grapplers in the UFC. While they are both more than capable on the mat, each man has also proven he can strike with the best of them. Usman has won four knockouts by punches since joining the organization; Covington has won three fights the same way. This fight will ultimately come down to a matter of will. There is a reason both of these men are feared by the other fighters in there division: they’re the best two welterweights in the world.

If Covington is able to pull off an upset on November 6th and beat the slightly favored reigning champion, Usman, it seems very likely this rivalry is headed for a trilogy. Fight fans would like nothing more than to see these two juggernauts climb into the octagon for a third time. However, if Usman wins he’ll be left searching for an opponent compelling enough to gain the interest of the sport’s onlookers. There’s always another challenger, and every fighter’s aura of invincibility is soon removed by a conquering foe. The question for the other welterweights in the organization is which one of them has what it takes to beat the man many consider to be the best pound for pound fighter in the sport?

On November 6th, every mixed martial arts fans owes it to themselves to make sure they watch Kamaru Usman and Colby Covington face off for the second time. Both men have a lot on the line; the trajectory of their careers is depending on the outcome of the fight. It doesn’t hurt that the two men have a fierce rivalry and hold an open disdain for one another. There are a few instances in the history of sport when the rematch not only lives up to the hype, it surpasses the level of competition seen in the first encounter. Usman versus Covington II has the potential to fall into that category. All that’s left for fight fans to do now is to wait and see.