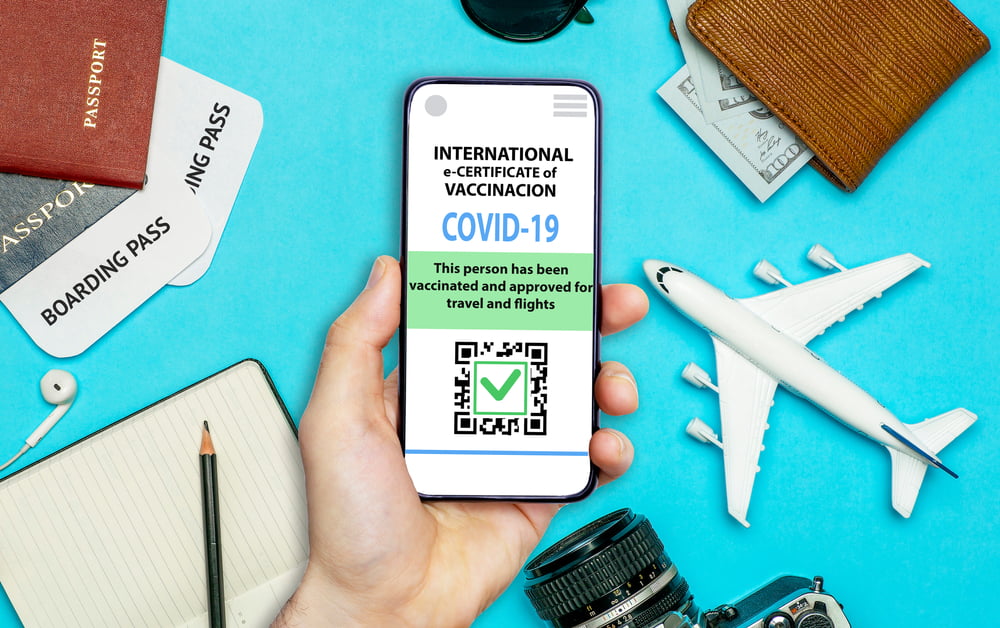 Australians will begin using an international vaccine passport within weeks to prove their immunisation status overseas and on their return as the Prime Minister flags home quarantine will be key to reopening borders.

Scott Morrison is also asking state and territory leaders how they plan to integrate vaccination certificates into existing check-in apps and for their timelines on introducing home quarantine.

The federal government will start issuing international COVID-19 vaccination certificates from October and is also in talks with other countries to work out which vaccines will be recognised in international travel bubble arrangements.

The Australian vaccine passports for international travel will be available either on travellers’ phones or in printed form. Mr Morrison has previously promised overseas travel can resume more broadly when states reach the 80 per cent full vaccination threshold. So far 39 per cent of the eligible population – or more than 8 million Australians aged 16 and over – are fully vaccinated.

“Home quarantine is where we go next. And the length of that quarantine also was what we’re looking at,” Mr Morrison said on Tuesday.

Work is underway to enable people’s vaccination status to be linked to their passport chips, and in late July a plan was put to the federal cabinet for Australians to get an international vaccine certificate in the form of a QR code. It would also use “visible digital seal” technology backed by the International Civil Aviation Organisation.

Currently, all travellers to Australia must undertake a mandatory two-week quarantine at their first port of arrival regardless of vaccination status, a Department of Foreign Affairs and Trade spokesperson said.

The US allows people fully immunised with either US-approved jabs or vaccines authorised for emergency use by the World Health Organisation, including the AstraZeneca vaccine, to self-monitor for symptoms and get tested a few days after entering the country. Those without recognised vaccines must quarantine for a week.

Earlier this week, NSW Digital Minister Victor Dominello announced the state would begin testing a seamless proof of vaccination and check-in process through the Service NSW app later this month.

Victoria is also considering proof of vaccination trial in regional areas, with Victoria’s Industry Support Minister Martin Pakula confirming the government is working to integrate the vaccination certificate with the Services Victoria app.

The Prime Minister said using the QR-code apps to show proof of vaccination would be easy for people and businesses.