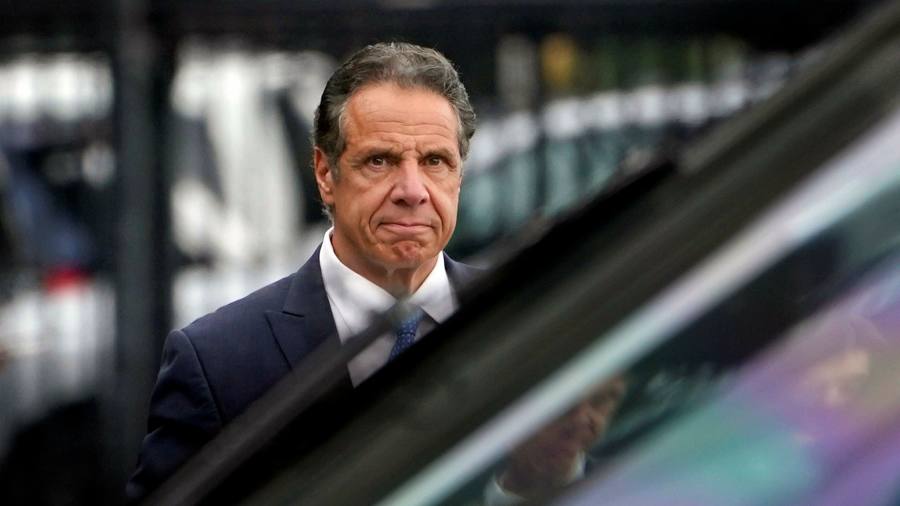 Andrew Cuomo is a ruthless, domineering bully — and those are some of the things friends and admirers say about him.

After the New York governor offered his resignation on Tuesday, following allegations that he sexually harassed numerous women and presided over a toxic office culture, some New Yorkers are now wondering whether his successor will require similar qualities to govern a famously ungovernable state — or whether a political culture dominated by hyper-aggressive men prone to scandal may be ready for something new.

Even before Cuomo’s demise, Alexander Reichl, a political scientist at Queens College, saw the state teetering at a potential pivot point: pitched between the rising MeToo movement and young progressives and a transactional style of politics that played out in back rooms and was dominated by an old boys’ network.

“In some ways, the politics of New York has progressed and he was holding on,” Reichl said of Cuomo — although he acknowledged that the old taste for a strong man would not die easily.

There was an unintended symmetry that Cuomo announced his resignation in a roughly 20-minute address on Tuesday, the same day the US Senate passed a $1tn infrastructure bill; during his decade in office, Cuomo excelled at building.

There were bridges, like the great span across the Hudson river he named after his late father Mario, another New York governor; a revamped LaGuardia Airport in Queens; the Moynihan Train Hall next to New York Penn Station; and the new Second Avenue subway line in Manhattan, which languished for decades after construction first began in 1975. What enabled Cuomo to succeed where so many others failed was a maniacal determination and a talent, as one observer put it, for “bullying the bureaucracy”.

“Andrew Cuomo had some flaws, but his legacy as governor will be the bridges and airports he rebuilt,” said Mitchell Moss, the head of New York University’s Rudin Center. “He has done what none of our previous governors has done: which is to invest in our transportation infrastructure.”

Cuomo succeeded at that, said Hank Sheinkopf, a veteran New York political strategist, by not caring about whom he trampled, and by maintaining rigid control over his troops as they conquered government organisations including the Port Authority of New York and New Jersey and the Metropolitan Transportation Authority, and tyrannised the New York City mayor’s office. Consensus was not his mode.

“His people were his people — they did not respond to anyone else. It was his people, his state, his job, his projects. That’s why it worked,” Sheinkopf said. “We’re not going to see anybody for a long time who will say: ‘Drop dead! I’m going to get it done because that’s what you put me here for’.”

In far less flattering ways, some of those same qualities shone through in the damning 168-page report released last week by Letitia James, the New York state attorney-general. There was, most notably, the findings that he had sexually harassed 11 women — from peppering them with sexualised comments to unwanted touching and kissing.

Underlying it was an office in which Cuomo enjoyed absolute deference during his three terms in office, more a king than an elected official. According to the report, when accusations were first levelled against him, he and his aides plotted to pulverise the woman’s reputation by leaking classified files — in the same way they fought and won bureaucratic turf wars.

“I give him credit for consistency,” said one consultant who has worked with the governor. “He never changed.”

Cuomo, 63, first elected in 2010, tended to embrace the bully title as confirmation that he was a strong leader. As one of his aides once remarked: “Your bully is my champion.”

Now, after becoming a national sensation for his early leadership during the Covid pandemic, he joins a recent run of hyper-macho New York politicians who have flamed out in spectacular fashion.

Andrew Cuomo, right, with his daughter Michaela, left, and aides Stephanie Benton and Melissa DeRosa on Tuesday after announcing he would resign as New York governor © Seth Wenig/AP

Eliot Spitzer was forced to resign in 2008 after only a year in the governor’s office following revelations that the onetime “Sheriff of Wall Street” patronised a high-priced prostitution service. After succeeding Cuomo as the state’s attorney-general, Eric Schneiderman resigned in 2018 following reports that he had physically and sexually abused several women. Schneiderman claimed it was part of sexual role play. Congressman Anthony Weiner was one of the state Democratic party’s brightest stars until he was felled by repeated sexting scandals.

It is a matter of debate whether politicians from New York are merely plagued by greater media scrutiny than others or whether its voters favour such aggressive personalities to tame an unwieldy state.

New York includes the world’s financial centre and America’s most populous city — a place riven by inequality and rising violence — as well as a sprawl of upstate farmlands. Its business interests range from Wall Street and technology to real estate and agriculture. The governor is locked in a perpetual battle with a New York City mayor who enjoys more limelight but holds less power.

There is an underbrush of hundreds of public authorities that oversee airports, convention centres and other entities, but have little accountability. An unruly legislature sits in Albany, where progressive Democrats are currently at war with moderates.

“New York is such a diverse population and competitive interest group location that someone who is a bit of a bully is required to make the thing operate,” Sheinkopf observed, describing the state’s governance as hampered by “too many interests, too many industries, too much money, and too little money”.

Stu Loeser, a former communications director for New York senator Chuck Schumer, agreed that the state’s politics tended to reward the belligerent. “Do you need to be Governor Cuomo? No, but it helps to be aggressive,” he said.

Yet in the governor’s downfall, Loeser also saw evidence of other possibilities. James, the attorney-general who has emerged as a contender to replace the governor, is no pushover, as she demonstrated by resisting Cuomo’s attempts to squelch her investigation. Still, James has steadily built a career in city and now state politics with a more consensual approach.

“Tish James is not in-your-face aggressive,” Loeser said. “She doesn’t subscribe to the view that punching someone in the face is the best defence.”

While New York may be a beast that needs a tough leader, Travis Terry, president of Capalino, the New York City lobbying firm, argued that might be changing. Politicians were more effective these days “by being empathetic and listening and trying to find common ground even if folks do not always agree”, he said.

Though James is considered a frontrunner if she runs next year for the state’s top post, Kathy Hochul will become New York’s first female governor when she takes the job on an interim basis in a matter of days. The lieutenant-governor has a low public profile and is often described as friendly and competent but lacking Cuomo’s dynamism.

For New Yorkers, that might be refreshing — and possibly even effective.