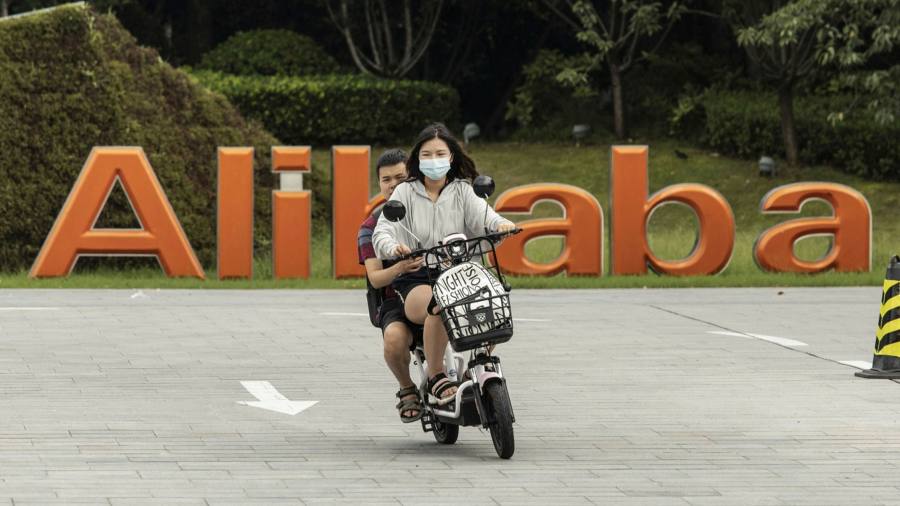 Sign up to myFT Daily Digest to be the first to know about Alibaba news.

Chinese ecommerce group Alibaba reported slowing growth in the second quarter, missing analyst expectations as its core online sales business faltered in the face of competition from Pinduoduo and JD.com.

“We are in the process of studying the regulatory requirements, evaluating the potential impacts on our relevant businesses and we will respond positively with actions,” said chief executive Daniel Zhang.

Among the new regulations that could still affect Alibaba are restrictions on the “walled garden” structures of internet companies, curbs on using subsidies to grab market share, and a new data security regime.

Zhang said Alibaba was compliant or working towards being compliant with the requirements, while adding the company had not used subsidies to woo customers, in a reference to ecommerce rival Pinduoduo.

“We think that other companies that continue lossmaking, but still try to do large scale subsidies . . . they have to let the market see the real results — how to make profits,” said Zhang. Pinduoduo’s discounted goods have lured in hundreds of millions of shoppers but it has yet to turn a profit as a public company.

Alibaba received a record $2.8bn fine for abusing its market dominance in April. Its New York-listed shares have lost 36 per cent of their value since Chinese authorities called off Ant’s initial public offering in November last year and were down more than 3 per cent in early trading.

Alibaba’s results showed for the first time how Ant’s business has held up amid the regulatory onslaught. In the first quarter, Ant earned an estimated Rmb13.6bn ($2.1bn) in profit, about 50 per cent more than a year earlier.

But the brunt of Beijing’s forced restructuring of Jack Ma’s fintech may be felt in the coming quarters.

Alibaba reported a net attributable profit of Rmb45.1bn on sales of Rmb205.7bn, short of analysts expected Rmb208.7bn, according to Capital IQ.

Not including the addition of a supermarket chain it bought last year, Alibaba’s revenue was up just 22 per cent from a year earlier, matching its tepid growth in the pandemic-hit first quarter of last year when the company was left with empty online stores and few delivery workers.

“China’s ecommerce market is growing in the high teens but Alibaba is losing share to rivals Pinduoduo and JD.com, so their growth rate is below that,” said Robin Zhu of Bernstein Research.

“The company is facing more competition in ecommerce and we’ve yet to see its new initiatives translate to financial results,” he added.

Its cloud computing business, for which analysts once had high hopes, slowed to a 29 per cent year-on-year rise after losing ByteDance’s international business, according to analysts. Cloud had grown more than 50 per cent year on year in previous years.

“There will be some near-term bumps and continuing impact from that top customer,” said chief financial officer Maggie Wu, while noting new regulation for the education industry could also hurt its cloud business.

Alibaba said it would increase its share repurchase programme from $10bn to $15bn to be completed by the end of 2022.