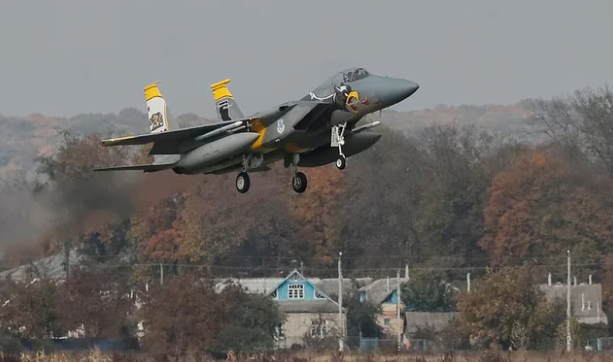 Frequent Chinese and US military exercises in the region have raised fears of a major conflict surrounding Taiwan. Taiwan considers itself an independent-sovereign state. On the other hand, China considers Taiwan as its territory. So Beijing wants to take control of Taiwan. Taiwan has been blaming Beijing for the ongoing tensions. On the other hand, China is blaming the United States for escalating tensions with Taiwan.

Speaking at the unveiling ceremony of a state-of-the-art F-16 fighter jet from the United States at an airport south of the city of Chiai in Taiwan, Sai said the project showed strong commitment to the partnership between Taiwan and the United States.

Top US diplomat in Taiwan Sandra Woodcreek was present on the occasion.

“I believe that as long as we adhere to democracy and independence, many like-minded countries will stand with us,” he said. ‘

The United States has no formal diplomatic relations with Taiwan. However, the United States is Taiwan’s main international supporter and arms supplier. That’s why Beijing is upset.

Lockheed Martin in the United States and Aerospace Industrial Development Corporation in Taiwan have signed agreements worth ৩ 398 million as part of strengthening Taiwan’s defenses. Taipei cites this as the latest example of military cooperation between the two countries.

Taiwan’s air force is well-trained, but insignificant to China. In 2019, the United States approved the sale of F-16 fighter jets to Taiwan for 6 billion. Taiwan already has more than 200 jets, the largest in South Asia.

China has banned Lockheed Martin from selling arms to Taiwan.

Earlier, US President Joe Biden also vowed to side with Taiwan. He says if China invades Taiwan, the United States will take its side to protect Taiwan.

However, in a virtual meeting with US President Joe Biden on Monday, Chinese President Xi Jinping said that promoting Taiwan’s independence was like “playing with fire”. He warned that the United States would not allow such a thing to happen in Taiwan.