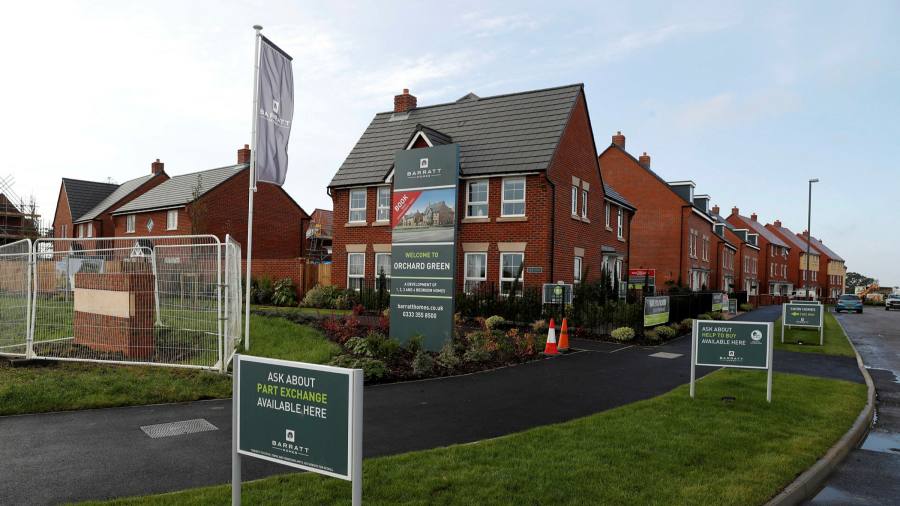 Sign up to myFT Daily Digest to be the first to know about Barratt Developments PLC news.

Profits at UK housebuilder Barratt Developments surged in the year to June as the housing market rebounded from the pandemic, but the company said its weekly reservation rates had since dipped as some of the support for prices has fallen away.

In full-year results on Thursday, the FTSE 100 builder reported adjusted operating profits for the year of £919m, a sharp rise from the £507m in the previous period and ahead of the £876m expected in analyst forecasts collated by S&P Capital IQ.

There remained “very strong demand for houses across the country”, said chief executive David Thomas in the results statement. But the company also said net reservation rates per week, a key measure of demand, were 277 since the June year-end, compared with 314 in the same period a year earlier.

Thomas said the previous period was particularly active, highlighting “pent-up demand following the national lockdown, as well as increased Help to Buy reservation activity ahead of the changes which would remove access to Help to Buy for existing homeowners.”

Analysts pointed to an expected, if slight, acceleration in building costs for the 2022 financial year, but noted that the housing market remained strong. Demand “has slowed a little but is still running at a very strong level,” said Liberum. Barratt’s shares fell almost 2 per cent in morning trading.

Barratt also said it would book at least £40m in further costs in the current financial year related to fixing or replacing cladding on its buildings.

The housebuilding sector has made a dramatic recovery since early last year, carried through the crisis by a tax cut on house purchases.

Barratt had flagged in a July trading update that its profit for the year would be just ahead of the top end of market expectations at that point. The company’s shares have risen more than a third over the past year, but are still below the level where they traded before the pandemic.

Despite government support being gradually reduced, UK house prices rose 2.1 per cent in August, the second largest month-on-month gain in 15 years, according to an index provided by building society Nationwide. That represented a recovery after a 0.5 per cent month-on-month fall in July.