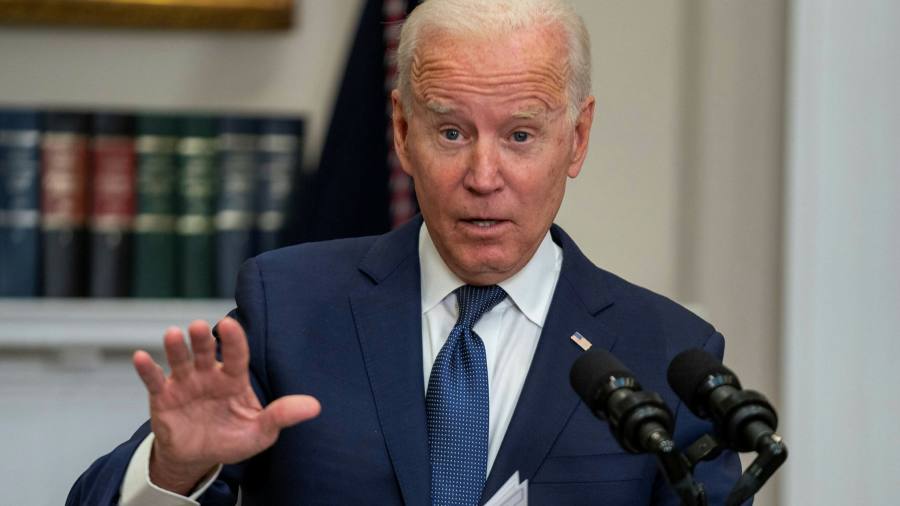 Joe Biden will come under pressure on Tuesday from western allies who want the US-led evacuation from Afghanistan extended beyond August 31, while facing the humiliating prospect that the Taliban may veto the idea.

At an emergency G7 meeting the US president will hear calls from allies including Boris Johnson, UK prime minister, and Emmanuel Macron, French president, to negotiate with the Taliban for an extension.

But the move exposes the fragility of the west’s position in Afghanistan, as the world’s leading democracies in effect plead with the Taliban to allow them to carry on with their evacuation for a few more days.

Suhail Shaheen, a Taliban spokesman, told the Financial Times that remaining US and other foreign troops at Kabul airport must withdraw in accord with the timeline set by the Biden administration.

“Otherwise, it will be a violation,” Shaheen said. “Our leadership will take a decision [on how] to react to the violation.”

Speaking to reporters on Monday afternoon, Jake Sullivan, the White House national security adviser, said the Biden administration believed “that we have time between now and the 31st to get out any Americans [who] want to get out”.

“We’ll continue those conversations with them: ultimately, it will be the president’s decision how this proceeds, no one else’s,” he added.

James Heappey, a British defence minister, admitted that the Taliban had “a vote” on whether to allow the evacuation to continue from Kabul airport into September.

He also admitted that forcing a confrontation with the new regime in Kabul could be hugely counter-productive and that carrying out an evacuation from “a war zone” would make the west’s task even harder.

“Even if the political will in London, Washington, Paris, Berlin is for an extension, the Taliban may say no,” he told the UK’s LBC Radio.

Pentagon spokesman John Kirby said that Lloyd Austin, defence secretary, was working to that deadline and had not asked the president for it to be extended.

“As the secretary said, if he needs to have additional conversations with the commander-in-chief about that timeline, he’ll do that,” said Kirby. “But we’re just not at that point right now.”

Johnson, who chairs the G7, will argue at a virtual meeting that the more time the west has to evacuate civilians — including Afghans who backed the Nato mission — the more people it can get out.

Jean-Yves Le Drian, France’s foreign minister, said: “We are concerned about the August 31 deadline set by the United States. More time is needed to complete the current operations.” 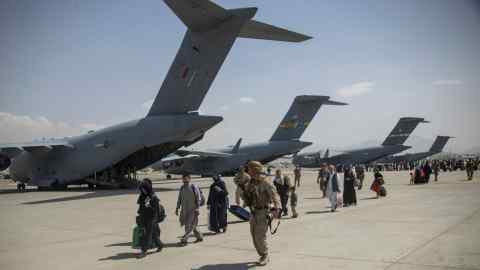 But the west is still rushing against the end-of-month deadline. The US military reported its biggest day of airlifts out of Afghanistan by far on Monday, with 28 US flights taking more than 10,000 people out of the country in a 24-hour period.

Biden spoke with Johnson on Monday ahead of the G7 meeting. According to an account from the White House, they discussed the evacuation plans as well as the “importance of close co-ordination with allies and partners in managing the current situation and forging a common approach to Afghanistan policy”.

Johnson hopes the group’s leaders will back a five-point approach to Afghanistan: helping those to whom the west has direct obligations; protecting against terrorism; providing aid to the region; creating safe routes to resettlement; and developing a joint approach for for dealing with the new regime.

He will urge the G7 to increase their offer of aid to ease the refugee crisis in the region, with Britain committing up to £286m of humanitarian assistance.

The money will be spent in the region, including third countries that will be asked to process Afghan refugees seeking to travel to the west under resettlement programmes.

The UK has promised to take 20,000 over five years, accepting that many people trying to flee the country will be unable to reach Kabul airport in the coming days and will have to leave via countries such as Pakistan.

Johnson said: “Together with our partners and allies, we will continue to use every humanitarian and diplomatic lever to safeguard human rights and protect the gains made over the last two decades.”

He added: “The Taliban will be judged by their deeds and not their words.” 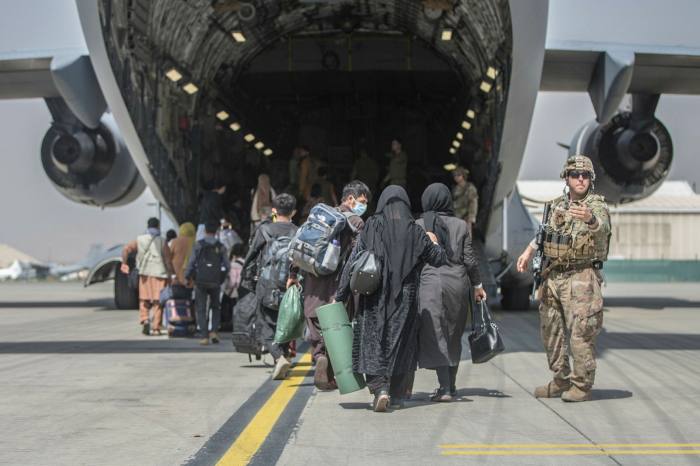 Downing Street said it would not be proposing sanctions against the new regime, although Biden has said he is open to the idea.

The president said on Sunday that the threat of sanctions “depends on the conduct” of the Taliban. One British official said it was not wise to threaten the Taliban in the middle of an evacuation.

Downing Street has confirmed that there is no prospect of Britain and other Nato allies sending in a new military force to hold Kabul airport after US forces leave.

The UK is trying to evacuate an estimated 4,000 remaining civilians — including those who helped UK forces and “eligible people” who face possible persecution by the Taliban.

Join FT correspondents and guests to discuss The Fall of Afghanistan: What Next?

Register for an FT subscriber webinar on Wednesday 25 August