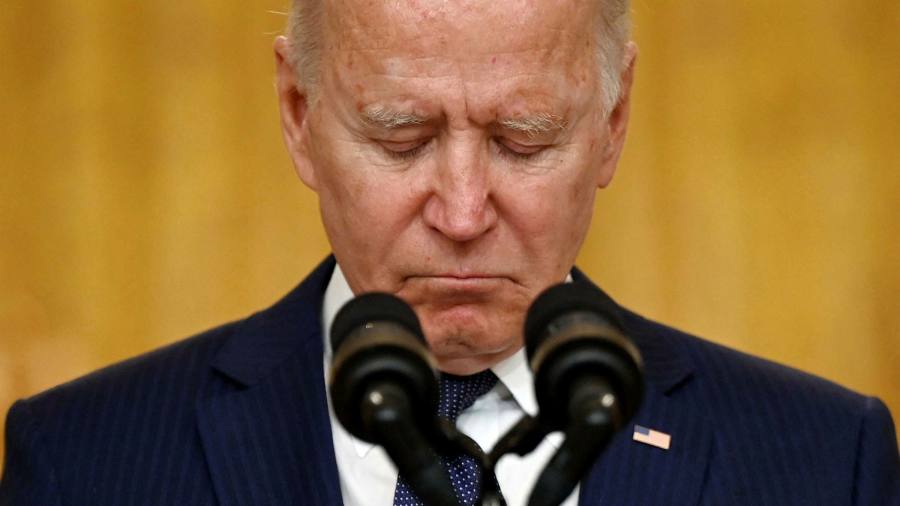 Joe Biden vowed to plough ahead with the evacuation of people trying to flee Afghanistan and punish the perpetrators of an attack outside Kabul’s international airport that killed at least 12 US troops as well as dozens of Afghans.

“We will not be deterred by terrorists, we will not let them stop our mission. We will continue the evacuation,” the US president said in remarks at the White House on Thursday.

Biden said he had ordered military commanders to “develop operational plans to strike Isis-K assets, leadership and facilities”. The US would “respond with force and precision” at a moment and place of Washington’s choosing, he added.

Biden’s remarks came on arguably the darkest day of his eight month-old presidency, as heavy bloodshed compounded the chaotic drawdown of America’s military presence in Afghanistan and the effort to evacuate vulnerable civilians ahead of a deadline to withdraw entirely by August 31.

But the US president gave a defiant defence of his decision to end the 20-year war that had started in the aftermath of the 9/11 attacks.

“I have never been of the view that we should be sacrificing American lives, to try to establish a democratic government in Afghanistan,”, he said. “Ladies and gentlemen, it was time to end a 20 year war.”