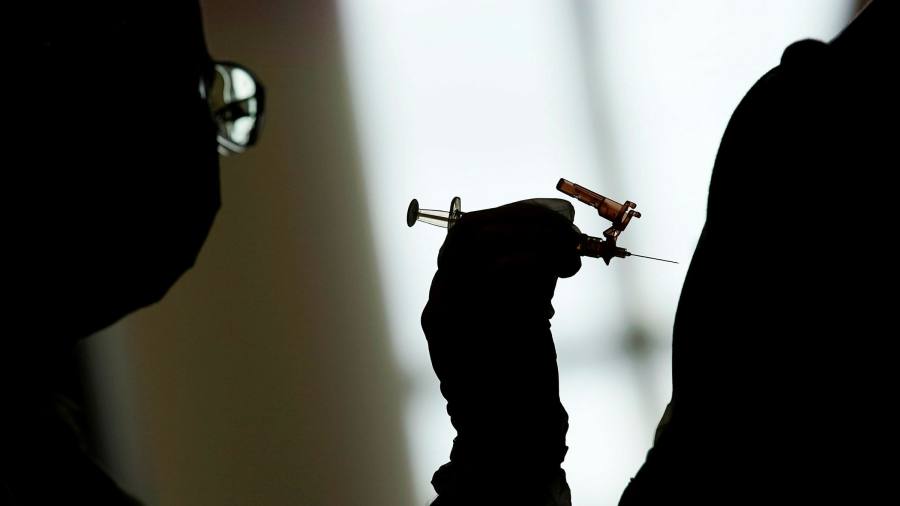 The Biden administration’s plans to widely administer coronavirus vaccine booster shots later this month has become mired in confusion over regulatory approvals, eligibility, and logistics, in the latest blow to its efforts to curb the pandemic.

US health officials announced last month that they planned to start offering Americans another round of Covid-19 jabs from September 20, following evidence that the effectiveness of some vaccines starts to wane after a few months.

But with two weeks left before that date, the planned rollout of boosters is being hampered by uncertainty over the timing and implementation of the programme, putting the administration of Joe Biden on the defensive.

“Our members have a lot of unanswered questions. People are frustrated that we don’t know the hand that is going to be dealt, and I’m worried we will be told on a Friday that we have to get going on a Monday,” said Claire Hannan, the executive director of the Association of Immunisation Managers, which represents immunisation departments across the US.

US health agencies have said that once boosters are approved, recipients of the Pfizer and Moderna mRNA vaccines should get a third shot roughly eight months after their second dose.

But now senior US health officials are cautioning that only recipients of the Pfizer vaccine are likely to be able to receive boosters starting September 20 while recipients of Moderna may have to wait.

Former officials say the White House jumped the gun by announcing the September 20 date before booster shots had been approved by the US Food and Drug Administration and recommended by the Centers for Disease Control and Prevention.

William Schaffner, a professor in infectious diseases at Vanderbilt University and a member of the CDC’s vaccine advisory committee, called the announcement on boosters “a shortcutting of the process”.

He told the Financial Times: “These recommendations usually come from the CDC and its advisory committee, but this was turned right around.”

The issue has caused such tension within the administration that two senior FDA officials last week announced their retirements from the organisation’s vaccine department.

Allies said Marion Gruber and Philip Krause had been upset by the way in which the FDA’s role had been undermined over several months.

The FDA declined to comment on the retirements, but one former administration official said: “Those resignations were shocking. And with cases near record highs and booster shots about to be rolled out, they come at the worst possible time.”

Scott Gottlieb, a former head of the FDA and a board member at Pfizer, defended the way the administration had handled the issue.

He told the FT: “The Trump administration waited until after regulatory approval before planning the logistics of who should get it and how. There were around 50,000 unnecessary deaths because they didn’t plan in advance. This administration is trying to avoid that.”

The looming jump in the numbers of doses being shipped and administered is likely to put pressure on freight carriers, health departments and hospitals.

Some healthcare workers fear a repeat of confusion in December, when vaccine sites did not have enough staff to administer the jabs they were being given, and millions of doses were left to languish in freezers for weeks.

“Most of these facilities are understaffed and at capacity,” Hannan said.

Transportation is also a concern, with many delivery companies already struggling with low staffing levels and high demand as the US economy emerges from its pandemic slumber. The planned rollout would coincide with the busy holiday season as well.

FedEx, which has shipped about half of vaccine doses in the US, is struggling with record volumes, though Richard Smith, the company’s regional president for the Americas, told the FT the jab deliveries would be his company’s “highest priority”.

Neither the White House nor the US health department responded to requests to comment on the rollout of booster shots. But this weekend, administration officials conceded the original plan might have to be scaled back.

“We were hoping that we would get both the candidates, both products, Moderna and Pfizer, rolled out by the week of the 20th,” Anthony Fauci, the director of the National Institute of Allergy and Infectious Diseases, told CBS on Sunday. “It is conceivable that we will only have one of them out, but the other will likely follow soon thereafter.”

While Biden received high marks for its initial rapid vaccination rollout among Americans who wanted jabs this year, vaccine hesitancy in many states has opened the door to resurgent infections tied to the Delta variant since July. More than 160,000 people are being infected each day in the US with daily fatalities of nearly 1,500.