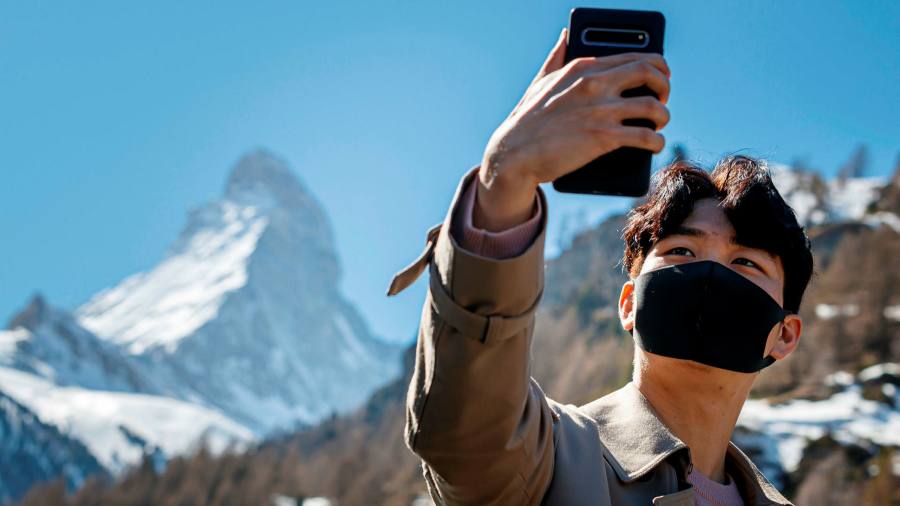 It is peak summer season at the Top of Europe in Switzerland, 3,640m above sea level. Yet the Bollywood restaurant is closed.

In a normal summer, 70 per cent of the visitors to this tourist complex at the Jungfrau alpine pass would be Asian. Two years ago, 126,000 came from India alone. The Indian buffet at the Bollywood restaurant was more popular than the fondue.

Across Europe, the coronavirus pandemic has hit tourism hard. But because Switzerland has aggressively promoted itself as an Asian tourist destination, Covid-19 has hit Swiss tourism harder still.

For the past decade, as the rising franc has eroded arrivals from Switzerland’s traditional northern European markets, greater numbers have come from Asia instead. But with the pandemic now gripping Asia, and Chinese international travel all but barred as Beijing has taken a zero-tolerance approach to the spreading Delta coronavirus variant, Swiss tourism is set for its second year of crisis.

“It has been a very challenging time,” says Urs Kessler, chief executive of the Jungfraubergbahnen, the company that oversees the gondolas, railways and mountain stations around Jungfrau. “We have gone from our best ever year in 2019 to the most severe crisis.”

Wealthy Switzerland weathered the economic fallout of the pandemic better than many countries: gross domestic product is forecast to expand 3.5 per cent this year according to the Swiss National Bank, having shrunk only 3 per cent last year. But the tourism sector is the exception. It accounts for about 3 per cent Swiss of GDP and 4.4 per cent of jobs, making it one of the country’s most important economic sectors, roughly twice the size of watchmaking.

“The first year of the pandemic will be remembered as an annus horribilis for the Swiss tourism industry,” said Martin Nydegger, chief executive of Switzerland Tourism. “Hotel overnights [stays] fell back to a level known only during the second world war.”

This year, said Nydegger, had been no better. Elsewhere in Europe, encouraged by high vaccination rates and the EU’s digital Covid pass, visitors have returned to the continent’s beaches and cities, giving tourism in countries such as Italy and Spain a much-needed fillip.

But with the Asian market all but closed, Switzerland is still suffering. Nydegger expects overnight stays in Switzerland to fall another 5 per cent from their 40 per cent fall in 2020. “It might take up to two years until we reach the pre-pandemic overnight level of Asian visitors in Switzerland,” he said.

It was in the summer of 2019 that Asian visits hit their peak. That year Chinese visitors collectively spent 1.8m nights in Switzerland, up almost 400 per cent from a decade earlier and more than the number of people coming from France. Indians spent 793,000 nights in the country, up from 392,000 in 2010.

Some Swiss even fretted there were too many Asian tours. In May, one company alone, Jeunesse Global, brought 12,000 people from China as part of an employee-incentive package. Pictures in the Swiss press featured huge groups of Chinese holidaymakers in the cobbled streets of Luzern and tramping across the Titlis glacier. Kessler said Switzerland had been far ahead of other European countries in recognising the huge potential market for Asian tourists. He began visiting Asia in 1987 and, before the pandemic, would travel to China and India many times a year to meet tour agencies.

“Globalisation for me means only one thing — taking part in the growth in Asia,” he said.

Tourists from India are particularly attractive since their peak travel season — usually in the spring — coincides with the alpine low season. In the past, the months between pistes closing and hiking trails opening would be dead for Swiss hoteliers.

So it is a sign of the times that in nearby Engelberg, which is famed for its ancient monastery and is another Asian favourite, one of the biggest new hotel openings this year pitched itself more at the local market.

Almost 90 per cent of those staying at the Kempinski Palace Engelberg, which opened in June, have been Swiss. Hotel manager Andreas Magnus expects that high proportion to persist, even as the pandemic eases.

The hotel, refurbished with light-coloured hardwoods and modernist touches, aims to appeal to a “Swiss mindset” Magnus said, in which understatement is important. As such, it stands apart from some other recently opened Swiss luxury hotels, such as the Chedi in Andermatt, which consciously aim at Asian tastes and huge budgets.

“In its heyday in the 19th century, Engelberg had 12 or so top luxury hotels. Tourism in Switzerland has changed a lot since then, but we want to offer something here similar to the experience people who used to visit Engelberg got,” Magnus said.

Still, he expects large numbers of Asian visitors to return soon to visit the nearby Titlis glacier. “I think 2022-2024 are going to be big years,” he said.

At the Jungfrau they are counting on it. The region’s tiny footfall over the past six months led the Jungfraubergbahnen to fast track development plans. Now visitors to the Top of Europe will begin their ascent from a sprawling terminal with all the feel, and boutiques, of a small airport.

“As we’ve seen in Europe, as soon as people were allowed to travel, they did,” Kessler said. “It will be like that in Asia too. I’m optimistic.”