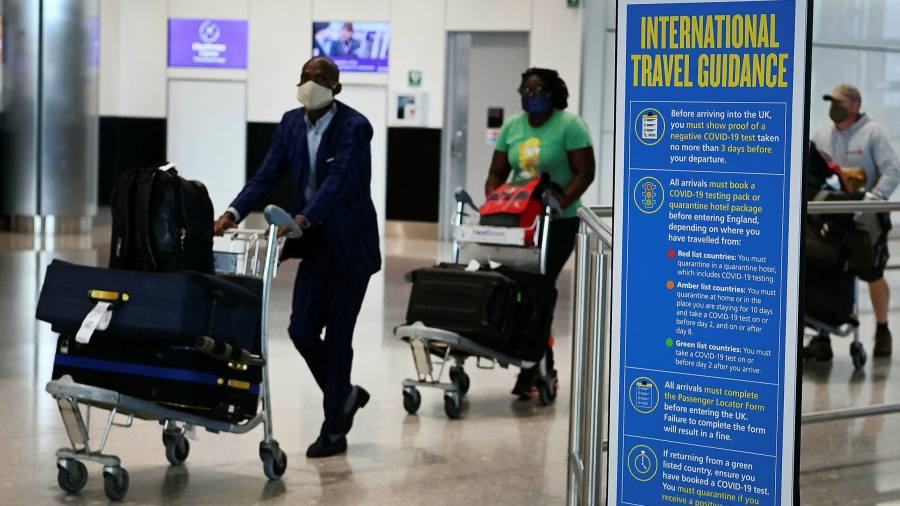 Border restrictions may “delay” but will not prevent coronavirus being imported into the UK, scientists have said as the government prepares to announce a simplified system for international travel this week.

A paper, led by members of the scientific advisory group for emergencies (Sage) and leading academics, and made public on Friday, found that the “biggest threat” to health security was the emergence of new variants at home and abroad, noting that as the number of travellers to the UK increased so would the risk of these being imported.

However, the scientists cautioned that border controls were unlikely to completely prevent the virus from entering the country in the long term, noting that increased global vaccination could prove effective in reducing the emergence of new variants.

“Maintaining long-term border controls or reduced travel is likely to be expensive, and only delay rather than prevent importation,” scientists noted.

Stringent border restrictions, such as those imposed by Australia, where only citizens, permanent residents and close families are allowed to enter, carry “significant economic and social costs which must be weighed against the benefits of reducing the frequency of importation”, they noted.

The academics also noted that modelling had shown that travel restrictions, including testing and quarantine, may reduce the numbers of imported restrictions but the effectiveness of the measures depended on a range of factors including the volume of cases in a given country.

“Requiring travellers to be vaccinated may also reduce the risk of importation if vaccination continues to protect against infection,” the paper’s authors added.

The paper, considered at a Sage meeting on July 22 before travel rules for US and EU visitors were eased, underpins some of the economic and health dilemmas facing the government as it attempts to outline its long-term strategy for reopening the UK.

Increasing jab rates across the world, through methods such as countries sharing doses, would have the “biggest impact” on global infection rates, the authors said, while acknowledging remaining uncertainty surrounding the conditions which allow variants to thrive.

“In the short term, a domestic focus on vaccination combined with import controls may have utility, but in [the future] . . . co-operating to drive global mass vaccination is likely to be better for the UK,” the contributors wrote.

Throughout the pandemic, some scientists have voiced alarm over the risks posed by reopening the UK’s borders.

Separate Sage documents published last week showed that advisers on Spi-M, a subgroup of Sage, said that “any increase in foreign travel over the summer, and the return of international students to universities in the autumn” was of particular concern.

Meanwhile, Boris Johnson, UK prime minister, has come under increasing pressure from his chancellor and backbenchers who warn that the current travel system has become conflicted and had a negative economic impact, particularly within the travel and hospitality sectors. 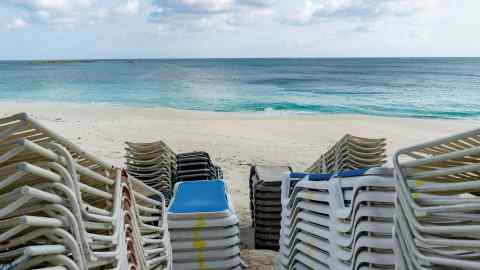 On Monday, Johnson quashed plans for an “amber watchlist”, which would allow ministers to move countries into the red list at short notice, following concerns that it would deter travel.

The tourism sector welcomed the announcement. Kate Nicholls, chief executive of UKHospitality, representing travel and hospitality businesses, said “stability” was needed, adding that the amber list would have “undoubtedly led to a collapse in consumer confidence”.

Ahead of Thursday’s announcement, industry leaders have urged ministers to go further and remove nearly all travel rules by adding a swath of popular holiday destinations to the green list, and drop the need for tests for passengers returning from all but “high-risk” regions.

Airlines and airport bosses wrote to Grant Shapps, transport secretary, over the weekend to demand that most of Europe, the US and Caribbean be added to the green list.

The industry also wants the “amber plus” list, which only includes France, to be scrapped.