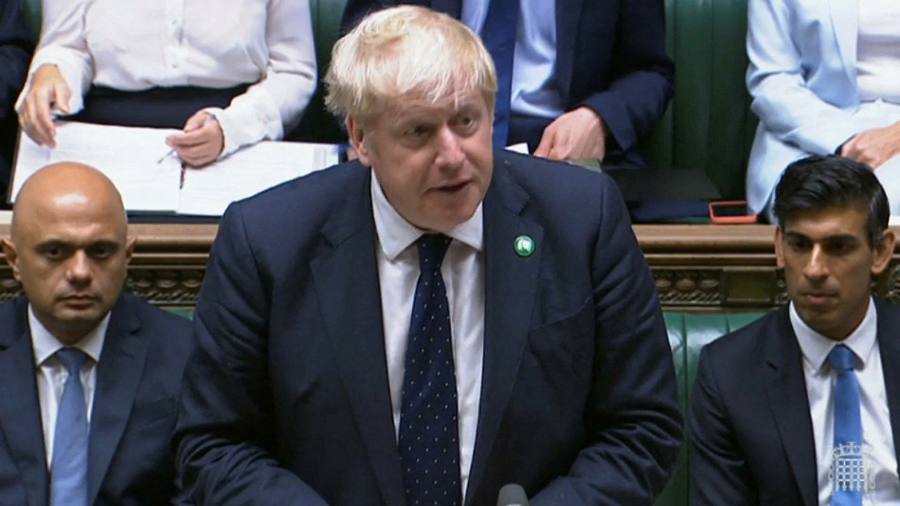 Boris Johnson on Tuesday announced a £12bn annual tax rise to fund a big increase in health and social care spending in England, in a defining moment for his premiership that infuriated many in his own party.

Johnson said the “tough decision” was needed to contain a mounting waiting list crisis in hospitals and to carry out long-promised reforms to the country’s crumbling care sector.

The plan to increase national insurance contributions (NICs) by 1.25 percentage points for both employers and employees breaches Johnson’s election “guarantee” that he could fix social care without putting up key taxes.

The move, which takes effect from April 2022, will initially pay for £36bn of emergency NHS funding spread over three years to deal with the backlog in treatment caused by the Covid crisis.

Johnson said that money from the higher national insurance rates — rebranded a “health and social care levy” — would gradually be used to pay for long-term social care reforms.

The levy will also be paid by pensioners who are working.

Johnson also announced there would be an equivalent 1.25 percentage point increase in taxation of dividends, to address claims the new policy weighed unfairly on people on low earnings and did not hit the better off.

Wage anomalies caused by Covid — to which pension increases would otherwise have been linked — would have seen pensions rise by more than 8 per cent next year, at a recurring cost to the Treasury of £4bn a year.

Johnson, buoyed by opinion polling suggesting the public is prepared to pay more in tax for better hospital and care provision, pressed ahead with the plan despite widespread Tory opposition.

Jacob Rees-Mogg, leader of the House of Commons, warned this week that Johnson risked a “read my lips” moment — a reference to President George HW Bush’s infamous broken promise of no new taxes.

Most of the money raised by the NICs rise will initially fund attempts to cut the NHS treatment backlog; Sajid Javid, health secretary, has warned that the current waiting list of 5.5m patients could rise to 13m without action.

That has raised concerns among Tory MPs — and some in the Treasury — that the NHS will swallow up the extra tax revenue and that not enough will be left over to fund longer-term social care reform.

At the heart of the social care plan is an £86,000 cap on the amount any individual can pay, a move that Johnson argues will remove the need of people to sell their homes to pay for residential care.

“This is bollocks”, fumed one backbench Conservative MP. “It’s awful, it’s terrible, it’s shocking. What the government is doing is extraordinarily bad policy.

“We are taking money away from those accruing capital to give to those with it. It’s a totem for a government without ideology, without consistency and without interest in the right governance. They will regret this in time.”

Johnson said the higher taxes would fund wider reform to social care and also extend state help to more people. Currently anybody with assets of more than £23,250 does not qualify for state help but the system will be reformed to be more generous.

Although Labour opposes the national insurance increase — dubbing it a “tax on jobs” — most Tory critics accept that they do not have the numbers to defeat Johnson’s plan.

Conservative ministers have now taken to describing the Tories as a party of “fair taxation”, reflecting the fact that the overall tax burden as a share of national income is at its highest since the late 1960s.

However, Rishi Sunak, chancellor, insisted that additional spending on social care would have to be funded by higher taxes rather than more borrowing; national debt currently stands at about 100 per cent of gross domestic product.

Johnson, who is seen in the Treasury as being addicted to higher spending, agreed. Sunak attempted to reduce tensions with his Downing Street neighbour on Monday, urging Tory MPs to back the prime minister.

Expectations are growing in Whitehall that Johnson is poised to reshuffle his cabinet on Thursday. One senior official said “I’m increasingly confident it’s happening”, while another ally of Johnson said “he has a plan ready to go, it’s just a question of whether he presses go”.

Johnson was planning to reshuffle his cabinet at the end of July, but was forced to change his plans when he was pinged by the Covid-19 tracking app, along with Sunak and Javid.