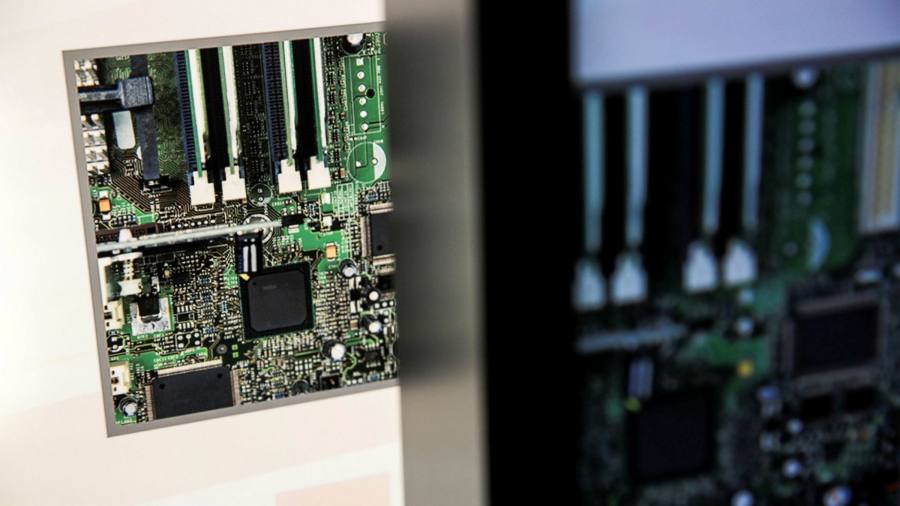 Thierry Breton said that as part of the EU’s planned Chips Act the commission is discussing tools to respond to shortages and “shore up our security of supply” in the industry. He pointed to US emergency powers to prioritise domestic industrial needs contained in America’s Defense Production Act as a possible model.

This would come alongside a public spending blitz on semiconductors by member states and the EU that will be “commensurate” with the US’s $52bn planned investment in its own semiconductor sector, Breton said in Brussels.

Among the measures will be public investments in new semiconductor “pilot lines” in Europe, which will allow companies to turn new technologies into scale production.

The plans are part of an EU goal to double its share of the global chip market to 20 per cent by 2030. The project is being championed by Brussels as part of its broader “strategic autonomy” agenda as the block seeks to reduce its vulnerability to supply chain disruptions.

Breton, France’s commissioner, argued that the supply shortages plaguing the semiconductor industry, coupled with the growing needs for computing power as the EU plans its digital and green transitions, underscored the need for action.

He described the upcoming Chips Act, which the commission is planning to unveil next month, as “a major initiative for our industry, our economy and our geostrategic interest”, warning that the leading-edge semiconductor sector was characterised by “huge overconcentration” in Asia.

However, the scale of the public money that the EU plans to plough into semiconductors has triggered fears of a wasteful subsidy race.

Some industry players argue the EU should be focusing on its key areas of competitive advantage within the complex global semiconductor supply chain, rather than seeking to build large-scale, high-end manufacturing capacity that exists elsewhere.

State-aid rules will need to be adapted for massive investments in leading-edge semiconductor capacity, according to the commission. Among the companies that the EU is seeking to woo is Intel, which is planning to announce a new chipmaking factory in Europe.

The EU is also discussing a mechanism to monitor the semiconductor supply chain and respond to disruptions.

The US Defense Production Act was deployed by the White House during the Covid-19 crisis to crack down on hoarding, limit exports of certain goods, and prioritise production of critical supplies.