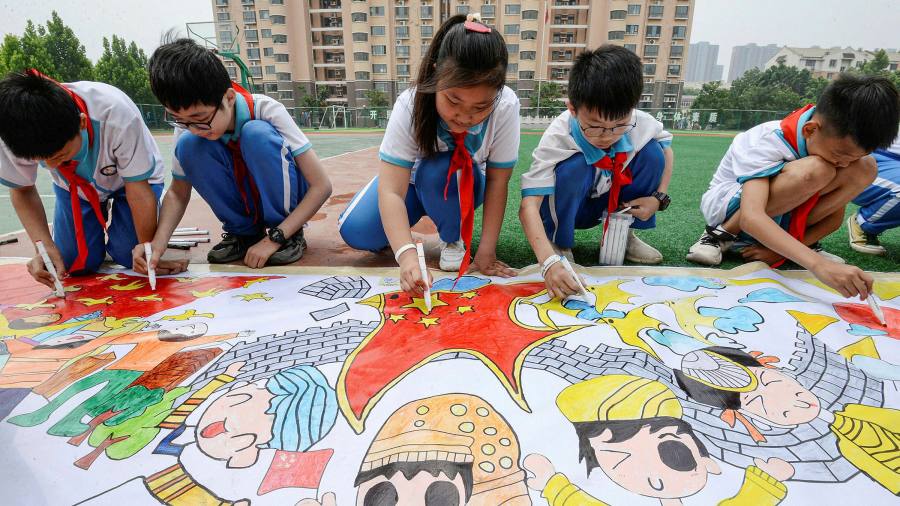 Sign up to myFT Daily Digest to be the first to know about ByteDance news.

TikTok owner ByteDance has started lay-offs at its education division as new Chinese government regulations force the world’s most valuable start-up to retrench from a key growth area.

The Beijing-based company had invested heavily in its plans for online education, acquiring half a dozen businesses in recent years and announcing plans this February to recruit 10,000 more employees for the division.

But those efforts have been undone by new government regulations last month making some of its education businesses illegal. Now the company has started to trim its workforce, according to three people close to the situation, with one person saying several thousand employees would be let go.

The company plans to curtail its business focused on schoolchildren, where the majority of employees will be laid off, with its remaining education efforts to focus on adult education and educational tools, the people said.

One of ByteDance’s education apps, Gogokid, which allowed foreign English teachers to tutor Chinese children, was taken down. The new Chinese regulations specifically ban the use of teachers outside of China from teaching online courses. Chinese media Latepost first reported the news.

The lay-offs at ByteDance follow similar moves at other education companies such as Gaotu Techedu following China’s abrupt decision to force profit-seeking companies out of the core of the sector. The regulations prohibit foreign invested companies, including those structured as “variable interest entities” such as ByteDance, from tutoring school subjects.

Meanwhile, ByteDance rival Kuaishou saw its shares drop by a record 15.3 per cent on Thursday after a post-IPO lock-up on its shares expired. Kuaishou also decided to shut down its Zynn short-video app, which competed with TikTok in the US.

ByteDance has received billions of dollars from investment funds including SoftBank’s Vision Fund, Sequoia Capital China, General Atlantic and KKR. Its last fundraise in December valued the company at about $180bn, but shares this spring have traded hands at multiples of that valuation, according to people familiar with the matter.

Last year the company doubled revenue to $34bn and had 1.9bn monthly users across its apps. Its hit short-video app TikTok has picked up hundreds of millions of users around the world, while its Chinese version Douyin also draws millions of eyeballs each day.

But the company faces a sharply shifting regulatory environment at home. Founder Zhang Yiming opted to step down from his role as chief executive this spring as the time he devoted to regulatory matters and in meetings with officials ballooned, according to one person familiar with the matter.

This week the Chinese Communist party’s propaganda department and other regulators said they would examine and fix online recommendation algorithms to ensure they did not disseminate the “wrong content”. The algorithms underpin the personal video feeds that have helped Douyin become a champion of the burgeoning short-video industry in China.

ByteDance did not immediately respond to a request for comment.