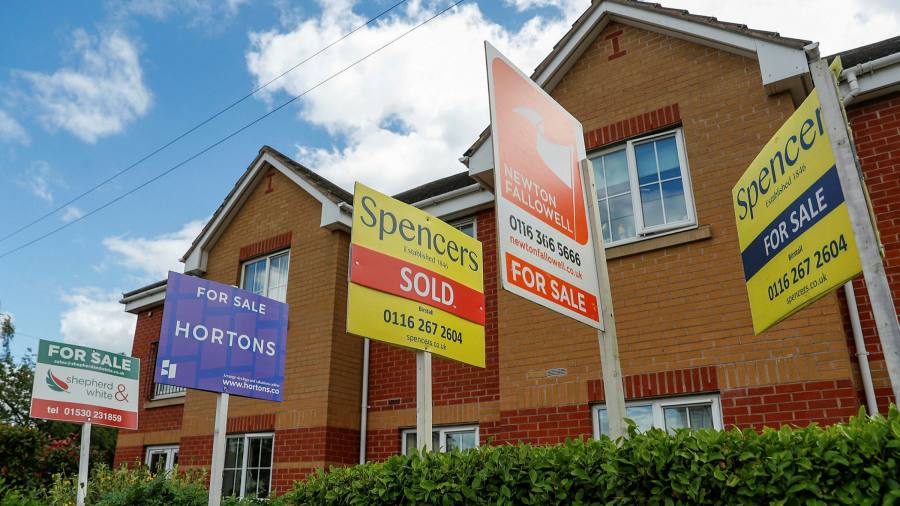 Sign up to myFT Daily Digest to be the first to know about Mortgages news.

Competition in the UK mortgage market moved up a gear on Friday as the Co-operative Bank launched a record low two-year fixed rate deal, with an interest rate of 0.79 per cent.

The deal from Platform, an arm of the Co-operative that lends via mortgage brokers, follows a spate of rate reductions from high street lenders, with several now offering two-year fixed-rate deals below 1 per cent.

Platform’s 0.79 per cent rate is limited to borrowers seeking a loan of no more than 60 per cent of the property value, and comes with a relatively high fee of £1,499. The lender also offers a 0.84 per cent deal at a lower £999 fee.

Mark Harris, chief executive of mortgage broker SPF Private Clients, said: “We’ve been saying rates can’t go any lower for around three years and yet they keep going down. It’s fuelled by the clearing banks, which are sitting on billions in cash and are looking to lend.”

Fees are an important factor for borrowers to consider, over and above the initial rate of the fix, he added. “A lower rate and higher fee tends to be better for large loans and up to £2m can be borrowed here,” he said.

Eleanor Williams, finance expert at Moneyfacts, said banks were lowering their prices while the UK remained in a low interest rate environment. The Bank of England base rate has been at 0.1 per cent since March 2020.

“The fixed rate war continues in earnest in the residential mortgage sector, fuelling falls in average fixed rates as the majority of the product updates from providers this week contain at least some reductions to initial rates,” she said.

HSBC, Royal Bank of Scotland, Nationwide, NatWest, Barclays, Virgin Money and Leeds Building Society are among the lenders to have reduced rates on mortgage products this week.

Remortgaging activity has been intensifying as borrowers move to lock in low rates, some conscious that high inflation may eventually lead to a rise in interest rates. Chris Sykes, consultant at mortgage broker Private Finance, said some clients had broken existing deals — paying an early redemption charge to do so — in order to secure a long-term deal at current rates.

“It might make sense to pay a 1 per cent early redemption charge if you can lock yourself into a five-year fix at a rate that will save you 0.3-0.4 per cent a year,” he said. “People are wanting that security.”

Banks have also reopened their doors to borrowers with complex or non-standard finances, such as the self-employed or those with a large proportion of income derived from variable bonuses or commission.

Harris said it was understandable that lenders brought down the shutters on such lending at the height of the pandemic, since its economic consequences were unknown. “But a lot of people have been unaffected financially. Banks are realising the big hitters are making just as much money as they always have.”

The re-emergence of tracker rate mortgages — which follow a base rate — is a further sign of hotter competition in the mortgage market. The number of tracker products has nearly doubled from 96 in March this year to 176 this week, according to Moneyfacts.

Aaron Strutt, product director at broker Trinity Financial, gives the example of a 0.85 per cent two-year tracker with Barclays, carrying a £999 fee. “Tracker rates pretty much disappeared not that long ago but they are back and particularly cheap.”