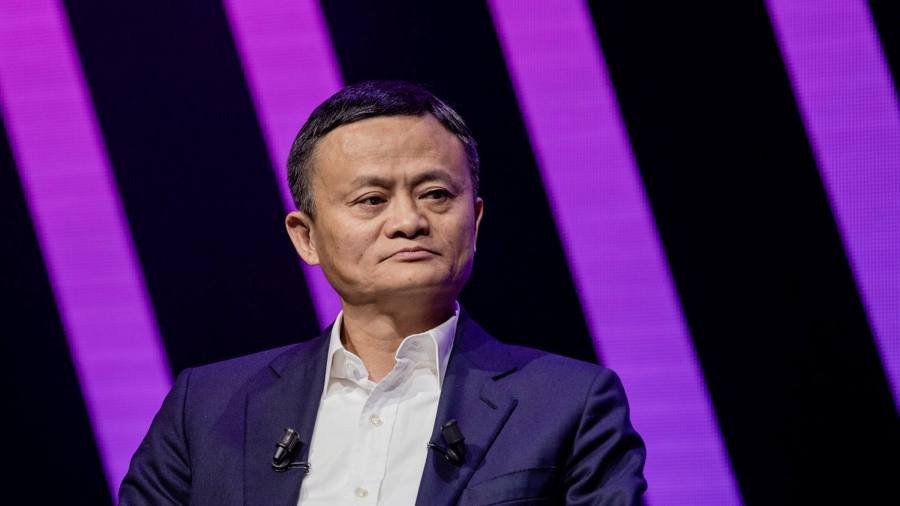 Sign up to myFT Daily Digest to be the first to know about Chinese equities news.

China’s biggest tech stocks are on track for their worst week in four months as groups including Alibaba came under renewed selling pressure on the latest signs that Beijing’s regulatory crackdown was tightening.

The Nasdaq Golden Dragon index of large US-listed Chinese stocks closed more than 5 per cent lower on Thursday in New York, dragged down by an almost 7 per cent fall for the ecommerce group founded by Jack Ma. The gauge has fallen almost 10 per cent since Monday, putting it on track for its biggest weekly drop since April.

The sell-off for Chinese tech stocks, brought about by Beijing’s regulatory broadside against industries including gaming and fintech, has taken the index down almost 53 per cent from its peak in February. Tens of billions of dollars have been obliterated from the wealth of tycoons including the Alibaba founder and Tencent’s Pony Ma.

Ping An Healthcare fell as much as 10.4 per cent while Alibaba Health Information Technology dropped almost 5 per cent. The Hang Seng Tech index, another measure of Chinese tech stocks, slipped 1.6 per cent.

In mainland Chinese markets, liquor makers sold off after local news outlet Caijing reported that an executive at an unnamed spirits producer would attend a regulatory meeting about policing the industry. China has in recent weeks also sought to tackle a culture of heavy post-work drinking. Kweichow Moutai, the world’s largest liquor company, dropped more than 3 per cent, while rival Luzhou Laojiao shed as much as 6.4 per cent. The CSI 300 index of large Shanghai- and Shenzhen-listed stocks was down 1.3 per cent.

Analysts at Morgan Stanley warned that recent falls for Chinese tech groups could be worsened by investors pulling out of equity funds focused on the country’s stocks, “causing additional difficulties in recapturing substantial inflows in the short term”.

Chinese commodities markets steadied after concerns over a slowdown in the country’s growth prompted a more than 7 per cent fall in iron ore futures on Thursday. Iron ore contracts edged up 0.1 per cent on Friday.

“Clearly we are seeing some further slowdown in China’s economy,” said Mansoor Mohi-uddin, chief economist at Bank of Singapore. He added that on top of outbreaks of the Covid-19 Delta variant in China, this week’s economic readings such as retail sales and industrial production were weaker than expected while credit growth had been “surprisingly slow”.