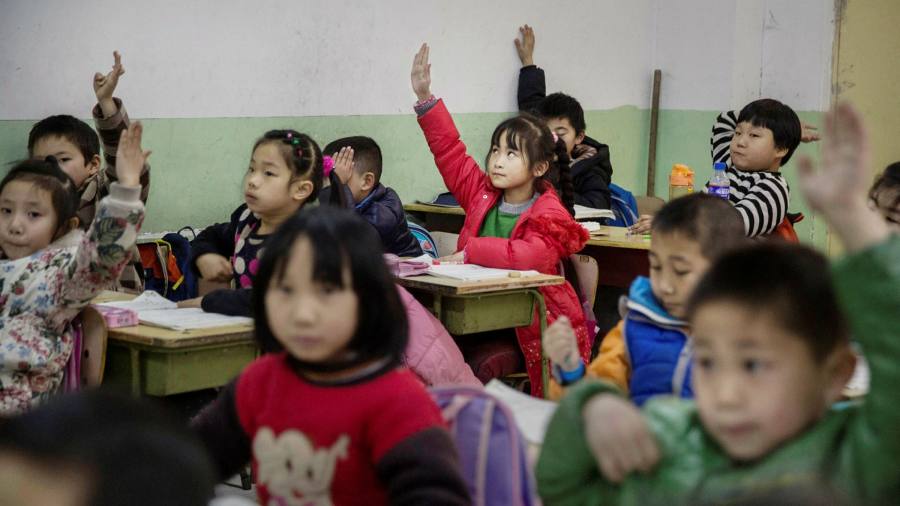 Investors who poured billions of dollars into Chinese tutoring start-ups as recently as seven months ago are exploring how to claw back their capital after China introduced sweeping restrictions that will destroy the bulk of the companies’ value.

Yuanfudao and Zuoyebang, two high-profile education companies, had a combined valuation of more than $25bn before authorities unveiled a sweeping crackdown on their businesses last month. The pair have raised about $4bn and $3bn respectively from investors including SoftBank’s Vision Fund, Tiger Global, DST Global, Tencent and Singapore’s GIC and Temasek investment funds in recent years.

Some of the funds are in talks with advisers to get their capital back from the companies in the wake of the regulatory action, which effectively banned the after-school tutoring sector, according to people familiar with the matter.

The rules also outlawed foreign investor participation in such companies, including through a “variable interest entity” structure. The facility, which is not legally recognised by China, has been used by international groups to bypass foreign investment restrictions on Chinese companies for two decades.

The shock announcement led to a collapse in value at the sector’s three largest listed groups and raised questions over the future of private companies operating in the industry. Shares in large Chinese technology companies whose US listings also rely on the VIE structure also plunged.

“The funds are trying to evaluate what their options are, is there a way to liquidate, get back [their] capital,” said one person close to investors in Yuanfudao and Zuoyebang. “There is not a chance of getting back the upside, sadly. Some of these guys invested at a couple cents a share, and at the last round it was valued at hundreds a share, but they won’t see any of that.”

Investors are turning to clauses in the investment agreements that allow redemptions if the business is operating illegally or there is a change in the law that creates a problem with the VIE structure, according to a number of people close to the situation.

“The challenge is that we’ve not been able to figure out if this change in law triggers that. We have lawyers [in China] looking at it,” one person said.

People close to the situation said that a portion of the recent capital raised by the two companies remained outside of China, making it potentially easier to access if it was subject to investor redemptions. Under VIE structures, Chinese groups register the holding companies that receive foreign investment in tax havens such as the Cayman Islands.

The future of the two companies remains uncertain. Yuanfudao last week seemed to be exploring new avenues of business when it promoted an app to cultivate “scientific dispositions” in children instead of coursework. Employees at Zuoyebang told the Financial Times that they were anticipating lay-offs while awaiting details on what business operations remain permissible.

Lower level Chinese authorities have yet to clarify how the rules will be enforced, but one province suggested it would curtail any spending on education apps.

“We don’t know how it will turn out yet so we are being cautious in reacting,” the investor said.

Officials at China’s education ministry were working to avoid massive dismissals and teacher unemployment, one person familiar with the situation said.

“It’s clear that what’s left of [Zuoyebang’s and Yuanfudao’s] businesses won’t be worth the billions that investors had valued them at last year,” the person said.

The person close to the investors said some backers had discussed with advisers whether the companies would agree to return part of the capital without the need for a legal process. “They have hopefully not spent a lot of cash that was raised in the last rounds,” the person said.

Yuanfudao raised $2.2bn at a $15.5bn valuation in October, while Zuoyebang raised $1.6bn in December. A previous fundraising round put its value at about $10bn. Yuanfudao had 3.7m school children enrolled in courses and 30,000 employees while Zuoyebang had 50m daily users and 35,000 staff at the time of their fundraisings.

Zuoyebang said its investors had not asked to redeem their shares. Yuanfudao, SoftBank, Tiger Global and DST Global did not immediately respond to a request for comment. Tencent, Temasek and GIC declined to comment.