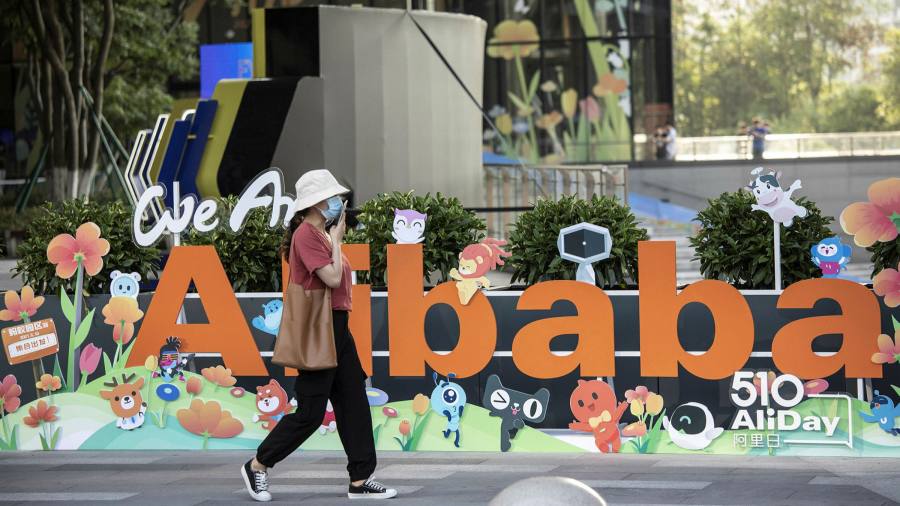 The Chinese Communist party has warned thousands of officials in the city of Hangzhou, home of leading technology companies such as Jack Ma’s Alibaba, to root out any “conflicts of interest” they or their family members may have with local businesses.

The statement was posted online by the Central Commission for Discipline Inspection, the party’s corruption watchdog, on Monday, two days after the city’s top party official was detained for “serious violations of discipline” — a phrase that is commonly used by Chinese authorities as a euphemism for corruption.

The CCDI did not link the detention of Zhou Jiangyong to any specific company or entrepreneur. But the notice was issued amid a fierce crackdown on the tech sector, with Beijing unveiling a range of measures to curb the power of some of the country’s biggest companies.

The watchdog said 25,000 local officials and their family members were the focus of “self-examination and self-correction” reviews focused on their relationships with local businesses, including “illegal borrowing”. This will include probing those who have retired within the past three years.

Possible connections between officials and businesses in Hangzhou have been under scrutiny since a $37bn initial public offering by Ant Group, the finance technology platform founded by Ma, was halted at the last minute by regulators.

The CCDI added that Hangzhou officials would be held accountable for the business activities of their relatives, even if they were not personally involved.

Under a recent revamp of party and government rules, senior officials are not allowed to regulate industries in which companies managed by their spouses or children also operate. But they can do so if their immediate family members serve in lower level positions or act as corporate “advisers”.

Zhou was promoted to the top party post in Hangzhou, capital of Zhejiang province, three years ago and has been an enthusiastic booster of the city’s tech sector.

Ant Group’s IPO would have been the world’s largest. The decision to halt the listing was made by President Xi Jinping and came just days after Ma publicly criticised Chinese financial regulators and the country’s state banking sector.

Xi has subsequently presided over a campaign targeting the “reckless expansion of capital”, with a specific focus on the market concentration and alleged abuses of China’s largest private-sector tech groups including Tencent, Ant’s biggest competitor.

The president has expanded the campaign to address “social ills” allegedly stemming from some sectors, such as private tutorial and video-gaming companies, and also pledged to regulate “excessively high incomes” while expanding “common prosperity”.

Alibaba was fined $2.8bn in April by the country’s markets regulator for alleged monopoly abuses, which the group did not dispute. Alibaba and Ant executives have, however, repeatedly denied that they were aware of any wrongdoing or irregularities surrounding Ant’s ill-fated IPO.