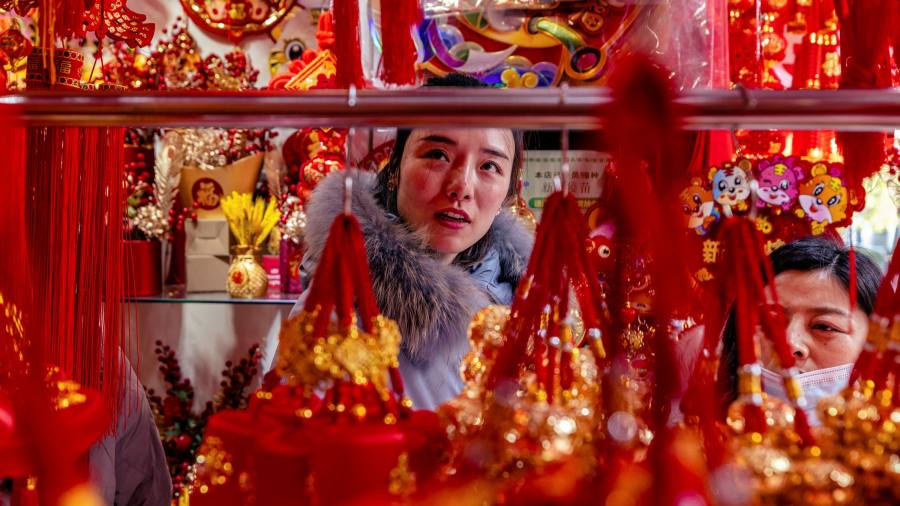 China’s gross domestic product grew at its slowest pace in 18 months in the fourth quarter as the government grappled with its most daunting economic challenges since the beginning of the coronavirus pandemic.

Gross domestic product expanded 4 per cent year on year, data from the National Bureau of Statistics revealed on Monday, exceeding economists’ forecasts but short of the 6.5 per cent growth over the same period in 2020.

The People’s Bank of China also cut an important lending rate for the first time since April 2020, adding to a series of easing measures over recent months that have coincided with a property slowdown and restrictions to curb the spread of coronavirus.

The data and policy move indicated a continuing loss of momentum across China’s economy, which recovered from the initial impact of the virus far more quickly than other big economies but has struggled to maintain its pre-pandemic growth rate over the past year.

China’s economy added 8.1 per cent over the whole of 2021, but the figure was distorted by a historic collapse in activity at the start of 2020, and year-on-year growth slowed in each quarter last year. Quarter-on-quarter growth, however, improved to 1.6 per cent, compared with a revised 0.7 per cent in the July-to-September period.

Ning Jizhe, head of the NBS, said that in 2021 China “sustained the continuous and steady recovery of the national economy and maintained the leading position in economic growth and epidemic prevention and control in the world”.

But he added that “the domestic economy is under the triple pressure of demand contractions, supply shock and weakening expectations”.

The country’s strict measures to eliminate all coronavirus cases, with big cities implementing lockdowns in recent weeks, have highlighted lingering weaknesses in consumption. A nationwide slowdown in the crucially important property sector has weighed on the wider economy and sparked a global reckoning over the health of the industry.

China’s longer-term growth challenges include a deteriorating demographic profile. Births fell 12 per cent year on year to 10.6m, the lowest number recorded since the Chinese Communist party took power in 1949. The number of people aged 60 or below also declined for the first time, while overall population growth was just 480,000.

Although exports have boomed as a result of China’s dominance of global trade in goods, industrial production, which rose 7.3 per cent year on year in December 2020, gained 4.3 per cent in the same month last year, although it still exceeded forecasts.

In a sign of continued concerns among consumers, retail sales added just 1.7 per cent in December year on year, the slowest rate in 14 months.

China’s government last year unveiled a drive towards so-called common prosperity, highlighting a willingness to close the inequality gap at the expense of economic growth.

In 2020, Beijing introduced policies designed to reduce leverage at its biggest real estate developers, which last year contributed towards a cash crunch across the sector that hit land sales and construction.

Growth had already slowed markedly by the third quarter last year, leading the government to unveil easing measures, including a reduction in reserve requirement ratios for banks.

Last month, the People’s Bank of China cut its benchmark one-year loan prime rate for the first time since early 2020, but only by five basis points. It left the five-year benchmark used to price mortgages unchanged.

On Monday, the central bank added to a pattern of gradual easing by cutting the one-year policy loans rate 10 basis points to 2.85 per cent and the rate on seven-day reverse repurchase agreements to 2.1 per cent.