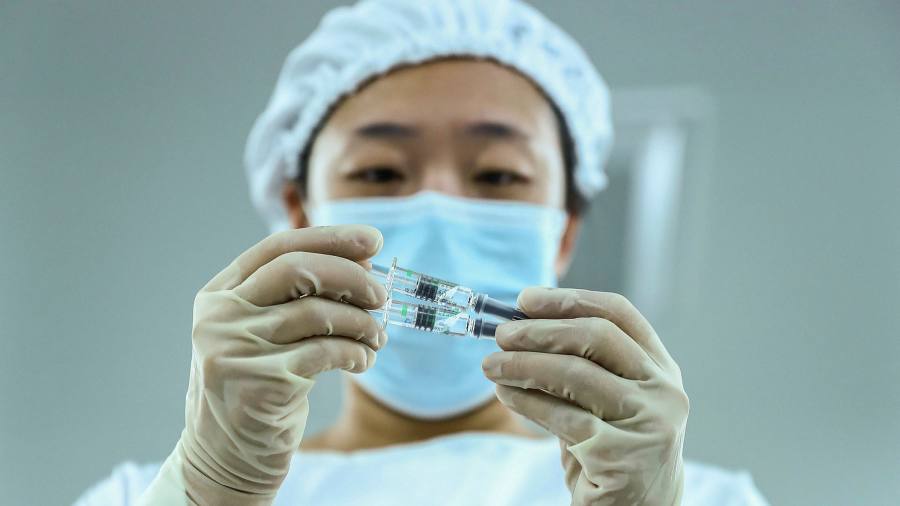 Sinopharm is developing a homegrown mRNA inoculation for Covid-19, becoming one of the first big Chinese pharmaceutical groups to pursue the technology to combat the disease.

The state-owned pharma group’s move comes as concerns grow over the efficacy of conventional inactivated virus vaccines, which have dominated the rollout in China. Certain studies have shown the jabs produce fewer antibodies compared with mRNA shots.

Sinopharm is not the only Chinese company developing its own mRNA jab. Smaller producer Walvax Biotechnology is already conducting trials.

But the entry of a larger player such as Sinopharm into the mRNA market could give the technology a significant boost in China.

“They are trying to develop these . . . next-generation vaccines because with the first-generation vaccine, a booster injection must be done and might have to be done regularly,” said Jin Dong-yan, a virologist at the University of Hong Kong. “The mRNA vaccine is much more efficacious than the inactivated vaccine.”

BioNTech, the German drugmaker that is collaborating with distribution partners Pfizer and China’s Fosun Pharma to offer its mRNA vaccine, is also targeting the Chinese market and is awaiting formal approval from Beijing for the jab.

Zhu Jingjin, the Chinese Communist party secretary of China National Biotec Group, a unit of Sinopharm, said it was developing an mRNA vaccine as well as a broad-spectrum recombinant protein vaccine that was in clinical trials. Recombinant protein shots target the spike protein that the virus uses to enter and infect human cells.

“We have developed vaccines against [the] Delta and Beta variants,” Zhu told Chinese state media at the China International Fair for Trade in Services in Beijing. The phase 1 and phase 2 clinical trials had been completed for the recombinant protein shot, he added.

China has administered more than 2bn doses, most of them inactivated vaccines developed by Sinopharm and privately owned Sinovac, another biotech group.

The shots, which can be stored at higher temperatures than mRNA vaccines, have received World Health Organization approval for emergency use and have been shipped to more than 100 countries.

But a number of countries are studying whether protection against serious infection can be increased by combining inactivated virus vaccines with a dose of another shot with a higher efficacy rate, such as those using mRNA technology.

Cambodia said it would offer frontline workers who had received either the Sinopharm or Sinovac shot a third dose of AstraZeneca’s vaccine, which is an adenovirus vector vaccine.

Walvax said last week in a stock exchange filing that it had obtained approval from the governments of Mexico and Indonesia to conduct phase 3 trials for its mRNA candidate. The shot is being jointly developed with China’s Suzhou Abogen Biosciences and the country’s Academy of Military Sciences.

Video: Covid-19 and the business of vaccines