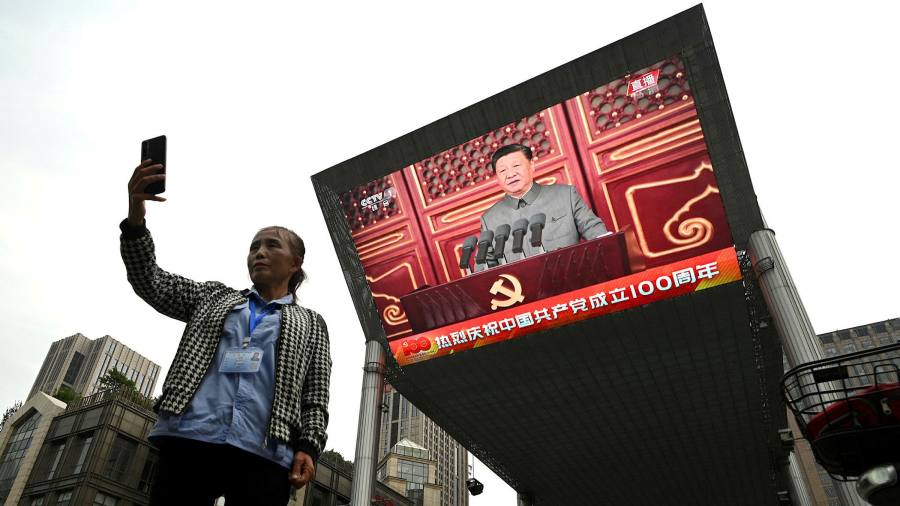 A state-sponsored documentary series designed to bolster support for China’s decade-long corruption crackdown has instead sparked a rare outburst of public criticism towards one of President Xi Jinping’s most important policies.

Xi, China’s most powerful leader since Mao Zedong, launched a sweeping anti-graft campaign in 2013 in response to rampant and systematic corruption that was undermining the Communist party’s grip on power.

The effort has led to the detention of tens of thousands of officials, including senior national leaders such as Zhou Yongkang, China’s former security chief, and Ling Jihua, a top aide to former president Hu Jintao.

The crackdown has also been interpreted as part of Xi’s plans to root out his political rivals.

On the eve of the first episode of the series, the Central Commission for Discipline Inspection, the Communist party’s top anti-corruption body, said Zero Tolerance was intended to reflect the “nonstop efforts” to push ahead with the anti-graft struggle and “systemically realise the strategic goal of making officials not able and willing to become corrupt”.

Previous anti-graft documentaries have focused on the amount of funds stolen by officials. But none has gone so far as Zero Tolerance in revealing how corrupt activities occurred and sometimes continued despite ongoing investigations.

In one case it was alleged that private companies made “unreasonably high payments” to the brother of Zhou Jiangyong, the former party secretary in Hangzhou, an eastern city that is home to Jack Ma’s Ant Group, the fintech company.

The programme implicated Ant in the corruption scandal, alleging the payments were made in return for policy support and cheap land. The company was not named but an Ant unit was the only external corporate investor in one of the businesses, according to public records, and was among three corporate investors in another.

Zhou has been detained and the CCDI said he was expelled from the Communist party this week for “disorderly expansion of capital”.

The Financial Times was unable to reach the Zhou brothers for comment.

Ant did not reply to a request for comment.

But Chinese social media has been flooded with dismissive reviews and criticism that Xi’s anti-graft campaign has failed to serve its purpose.

“The cost of committing crimes is too low and the attraction too high,” said one user on Weibo, the microblogging platform.

“[Sun Lijun] smiled while describing his crime,” said another popular post, referring to the former deputy minister of public security who was arrested two years ago for corruption. “Did he regret what he had done?”

Chen Gang, a former vice mayor of Beijing, continued to collect bribes despite knowing he was under investigation © Imagine China/Reuters

China has a tradition of forcing allegedly corrupt officials to confess their crimes on live television, but Zero Tolerance has led to many viewers to instead see the political system as the root cause of the problem.

Chen Gang, the former vice mayor of Beijing, was shown in the programme brazenly accepting bribes for several years in the mid-2010s despite being aware of investigations into his activities. Last year he was sentenced to 15 years in prison.

Chen’s story, many viewers said, reflected the party’s failure. “There was a systemic tolerance of his misdeeds until someone higher up decided he should be punished,” said John Sun, a Beijing-based journalist.

Shaomin Li, a China expert at Old Dominion University in Virginia, says Zero Tolerance has highlighted the contradictions in China’s political system. “The show tells officials to rely on the party, not personal relationships. But the fact that Xi Jinping promotes people who have close relationships with, or show personal loyalty to him tells them otherwise,” he said.

The execution in January last year of Lai Xiaomin, the former president of state-controlled financial group Huarong, on corruption charges shocked Chinese bureaucrats, but the broader trend has been for officials who received life or suspended death sentences to be released within 20 years.

Many Chinese were also outraged by the punishment meted out to corrupt officials featured in the documentary, which they believe has undermined the zero tolerance claim.

The programme detailed accusations against Zhao Yonglian, former head of the poverty alleviation office in the northwestern county of Yongdeng, who was shown extracting bribes from more than a dozen state subsidy applicants — among the nation’s poorest — before being sentenced in 2019 to 42 months in prison.

The penalty, many viewers said, was too weak. “The anti-graft law is too lenient, corrupt officials have no fear of it,” said one Weibo user.

Other saw the interviewees in Zero Tolerance as indifferent. The convicted former officials in the documentary give eloquent speeches and recall their past experiences.

“They don’t look like criminals, they look like losers in a business battle” said David Yao, a Shanghai-based software engineer. Analysts said the negative reaction to Zero Tolerance suggests the decade-long campaign has not sealed public confidence in the party’s ability to investigate itself for graft, which remains widespread.

“Despite our zero-tolerance policy towards corruption, the problem is still widespread,” said He Jiahong, a law professor at Renmin University in Beijing.

Analysts added that the series has also highlighted China’s lack of checks and balances, a function of its absence of an independent media and legal system.

“Getting caught doesn’t mean you are more corrupt than others,” said a former official at the Supreme People’s Procuratorate, the highest government agency responsible for investigation and prosecution of criminal cases. “It just means you have bad luck.”