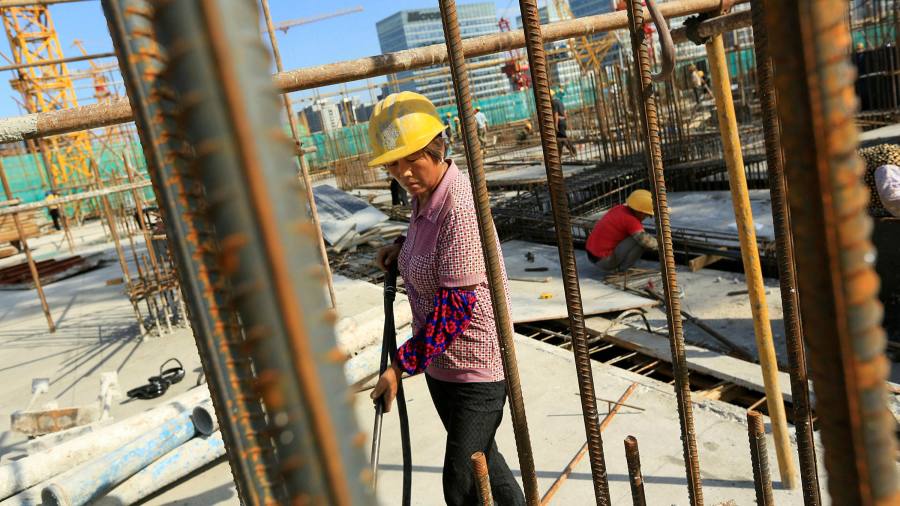 The rules were introduced as part of Xi’s efforts to promote “common prosperity” by cracking down on the high property costs borne by middle-class families, and were intended to reduce demand and runaway house prices. But they had the opposite effect, serving to drive up red-hot real estate costs.

Regulations outlined by the natural resources ministry in February stipulated that 22 cities, including Beijing and Shanghai, should sell more land this year than had been sold on average between 2016 and 2020. The municipalities would have to offload the land in three large-scale auctions in 2021.

Authorities felt that the cities’ previous practice of holding dozens of auctions merely whetted developers’ appetites. Property developers that had missed out at one auction could reset their sights on the next one, officials argued, leading to a cascade of high winning bids and ultimately higher apartment prices.

Ren Yi, an influential Chinese blogger who uses the pen name Chairman Rabbit, has noted that the government was increasingly concerned with “the broader socio-economic impacts of high housing prices”.

Reducing the process to three auctions, the ministry said in an internal memo seen by the Financial Times, would create the impression of “abundant supply” at each auction and allow the overheated municipal property market to “return to normal”. The shift would also cause developers to struggle to raise cash to buy multiple parcels, the memo added.

But it did not work out as intended, and the auctions scheduled for July and August were suspended. Government advisers warned that developers’ behaviour would not change unless annual property supply was increased.

“The resource is still in short supply,” said one person who advises the natural resources ministry and asked to not be named. “Developers will compete for every available plot.

“The authorities were too idealistic. They didn’t expect market forces to go against their will.”

In the 22 cities subject to the land sales overhaul, the average transaction price rose to Rmb9,591 ($1,485) per sq m in the first half of the year, a 38.3 per cent increase from the previous year, according to local housing bureau statistics.

The first mass auctions were held from April to June. In Chongqing, the country’s largest city by population, a subsidiary of China Merchants Group, the bank, paid 130 per cent above asking price for a downtown plot. The record premium paid in the city the previous year was 49 per cent.

An executive at China Merchants who asked to not be identified said the group was willing to pay a steep premium because “we are in a cash-burning race to build our land reserves”.

Some cities began imposing an upper limit on bids, which were determined by lottery because so many developers were willing to pay the highest price allowed.

In April, bids for a downtown parcel of land in Guangzhou were capped at 50 per cent above the asking price. To increase their chances of winning, big developers created numerous shell companies to give them extra tickets for the draw. About 300 entities participated in the auction, but they represented only about 30 developers.

Local government-owned companies also participated. “There is no way you can win the auction without a dozen — or more — shell companies to join the race,” said an executive at Yuexiu Enterprises, a leading developer controlled by the Guangzhou municipal government.

At an internal meeting last month, the natural resources ministry tried to curb the proliferation of shell companies by stipulating that each one had to provide proof of funding, according to minutes of a meeting seen by the FT. It also instructed local governments to set their bid limits at 15 per cent above asking price.

The ministry adviser, however, was sceptical that the latest measures would prove effective. As local governments derive the bulk of their fiscal revenues from land sales, they might be tempted to simply raise asking prices.

“There is too much at stake,” he said. “The central government can’t expect to control everything.”

Video: Will China become the centre of the world economy?