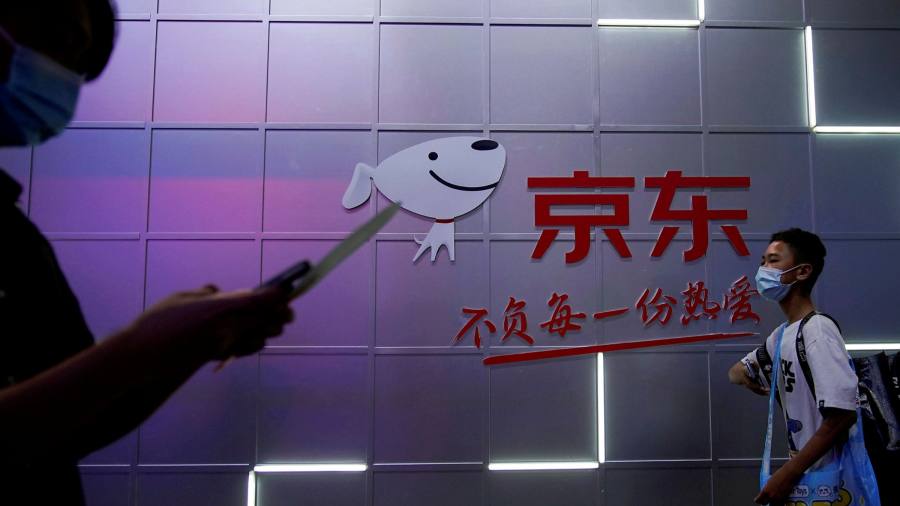 Sign up to myFT Daily Digest to be the first to know about Chinese equities news.

Shares in JD.com jumped 13 per cent jump during Hong Kong trading on Tuesday after Cathie Wood’s Ark Investment Management disclosed that it had bought the ecommerce company’s stock following the earnings release.

The stock prices of other Chinese tech companies that have weathered a blitz of regulations in recent weeks also rose, with internet groups Tencent and Alibaba rising 6.7 and 6 per cent, respectively. The Hang Seng Tech index of Chinese tech shares gained 5.5 per cent.

“We believe that the regulatory goals are conducive to JD’s long-term business growth. So far, our business maintains steady growth whilst committing to better compliance policies,” said JD Retail chief executive Xu Lei on a call with analysts.

Ark, which had been rapidly offloading Chinese tech stocks including JD.com following Beijing’s clampdown, disclosed that it had repurchased 164,889 shares in the ecommerce group. Beijing’s targeting of the tech sector, ranging from education to ecommerce companies, has wiped billions off the values companies including Jack Ma’s ecommerce group Alibaba and ride-hailing business Didi Chuxing.

JD.com was fined Rmb500,000 in December for pricing irregularities. Its shares had fallen more than 36 per cent since a high in February.

Alibaba’s stock is down almost 40 per cent this year and the group was fined a record $2.8bn in April for anti-competitive behaviour. Chinese regulators in November scrapped the proposed $37bn initial public offering of its fintech affiliate Ant Group, and have imposed rounds of rectification measures in the months since.

JD.com’s net income plunged to just under Rmb750m, down from 16.4bn a year ago, which the company attributed to higher marketing spend.

Executives at JD.com claimed that new regulations, such as a ban on forcing vendors to sell their products on only one platform, had actually helped the ecommerce group, spurring an influx of new vendors to its platform.

“We believe these policies are not intended to restrict . . . the internet and relevant industries”, said Xu, “but rather to create a fair and orderly environment and to promote long-term and sustainable development of these industries”.