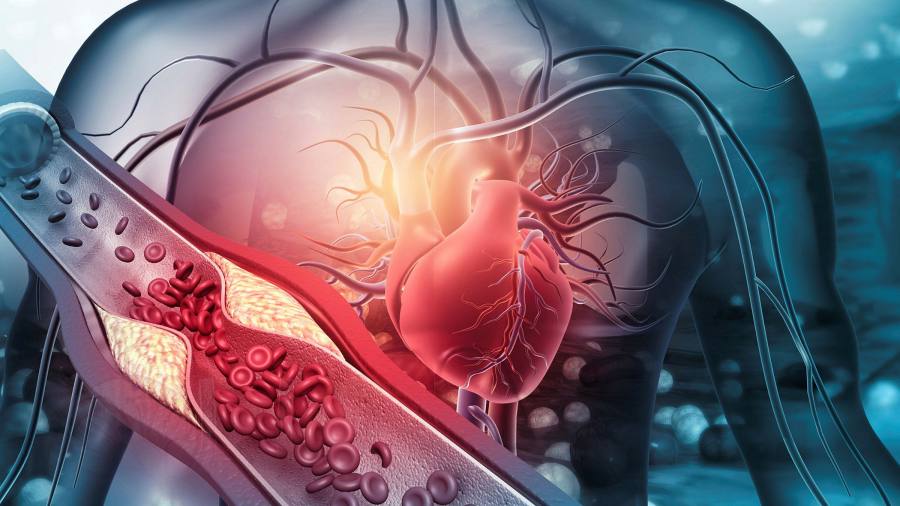 Sign up to myFT Daily Digest to be the first to know about National Health Service news.

Around 300,000 people in England will be offered a twice-yearly injection to treat high cholesterol under a deal between pharma giant Novartis and the hard-pressed NHS as the health service seeks to prevent heart disease, the world’s biggest killer, rather than simply treat it.

Patients with high cholesterol and a history of cardiovascular disease will be selected to receive the treatment, known as inclisiran, over the next three years.

NHS England, which called the deal its first “population health agreement,” said the drug could ultimately be offered to half a million people, potentially preventing around 55,000 heart attacks and strokes and saving 30,000 lives within the next decade.

More than 40 per cent of the population in England have high cholesterol, which increases the risk of developing heart disease. Some 6.5m adults in England are prescribed lipid-lowering drugs such as statins. However the need to keep taking the drugs, even when a patient feels well, means many stop taking the medication leaving their risks poorly controlled.

Amanda Pritchard, newly appointed head of NHS England, said the “world-leading deal” would enable hundreds of thousands to benefit from a “revolutionary” treatment, which can be given by nurses in GP surgeries, avoiding the need to go to hospital.

Publicly available data sets will be used to identify the areas that have the poorest outcomes for cardiovascular disease so the new treatment can be offered to patients who will derive the most benefit from better cholesterol control.

Meanwhile, digital tools are being developed to sift through patient records and identify patients whose cholesterol is not being well managed so GP practices can review their care and determine whether they are candidates for inclisiran.

Sir John Bell, Regius professor of medicine at Oxford university and a leading architect of the government’s life sciences strategy, said the NHS’s decision to buy up the treatment at “a very big scale” showed the increasing importance of prevention to keep healthcare costs down.

“As we go into a post-Covid world where services are under a huge amount of pressure, the sustainability of the whole system will be in question if it doesn’t shift to a more prevention-oriented strategy,” he said.

The pharma industry has often criticised the UK’s slow take-up of innovative medicines compared with its peers. Even when a drug is approved by the National Institute for Health and Care Excellence, which determines whether a drug is cost-effective, there is no certainty it will be widely adopted within the health system.

Bell said the advantage of the inclisiran deal for Novartis was that it had a guaranteed market for its medicine. “The muscle of a single-payer system is extremely attractive to the industry because they don’t have to go around and negotiate a million different deals and spend a lot of money on marketing,” he said.

Marie-France Tschudin, president of Novartis Pharmaceuticals, said the project showed the UK could lead the way, making it “an attractive place for research and innovation”.

She added that the deal provided a “blueprint” that could be used for other drugs, such as treatments for diabetes. “There are other disease areas where you see a very, very high number of patients, and where potentially it’s preventable . . . why wouldn’t we take a more proactive approach?”

Novartis is already in talks with 15 other countries — and the top 200 healthcare systems in the US — about doing similar deals for inclisiran.

“This disease is a huge burden, not only to patients and their families, but to society and to the healthcare systems themselves,” she said.