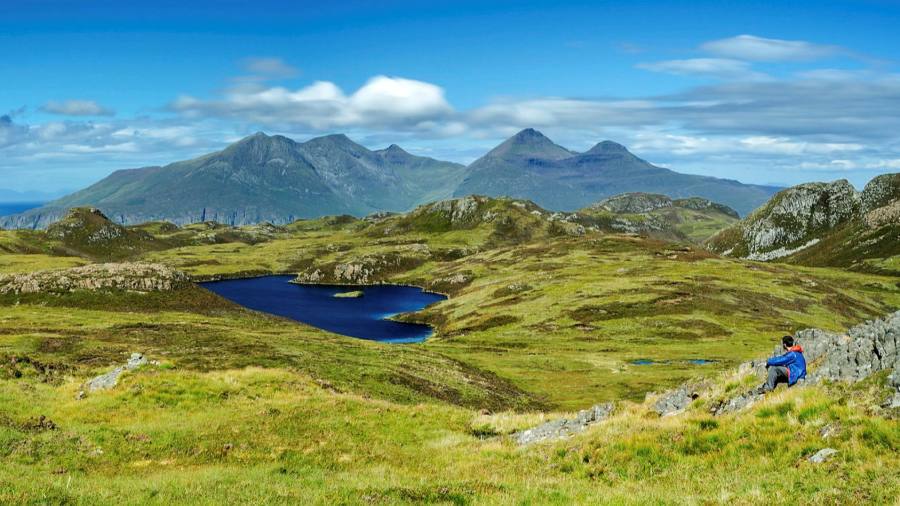 Community buyouts are growing. The Isle of Eigg, 10 miles off the west coast of Scotland, this year marks 25 years in the hands of its residents. All told, across the Highlands and Islands more than 216,100 hectares of land — more than half a million football pitches — belong to, or are managed by, the people. Assets range from estates to shops, petrol stations and lighthouses according to Highlands and Islands Enterprise, a development agency.

People-owned assets carry more than a whiff of romanticism; it is why fans buy football clubs. Communism was supposed to work like this. Israeli kibbutzim got closer but today sit mostly in private hands. As the Eigg islanders see it, they have replaced a system that bred insecurity and instability — in terms of jobs, housing and business — with a sustainable and productive way of life that has resulted in fewer youngsters upping sticks.

Political will is strong. Land redistribution is promoted by both the ruling Scottish National Party and the Scottish Greens. So too is national pride. This particularly resonates in the Highlands, centuries ago ravaged by enforced clearances.

But romance should be tempered. Taxpayers underwrite much of the funding via grants. That carries the unintended consequence of inflating prices. Post-acquisition development costs, often high, pose a heavy burden on the new owners. Sometimes it is just too much. The new owners of Gigha — God’s island — had to flog assets to pare down debts years after their 2002 purchase. Ironically, the more disadvantaged the area, the greater the need for funding and the harder it is to raise.

Reaping returns from rural land, as anywhere, creates a challenge regardless of ownership. Also, community ownership may not embrace everyone. Human nature means a small cohort end up taking the reins. Big dreams — wind farms providing electricity for all, vast nature reserves from hunting estates — dissipate on the altar of compromise. Eigg so far has hatched a successfully sustainable life under community ownership, but not all outcomes are as rosy.