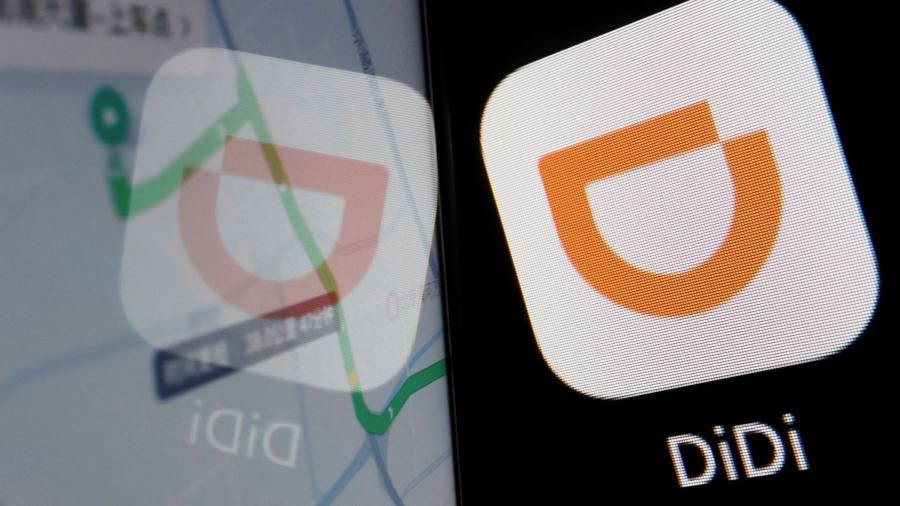 Sign up to myFT Daily Digest to be the first to know about Didi Chuxing news.

China’s leading ride-hailing app, Didi, has seen its daily users fall by 30 per cent since its initial public offering in New York in June triggered a fierce backlash by Beijing.

In the days after Didi’s IPO, Chinese regulators banned the company from signing up any new customers while they carried out a data security investigation that is continuing. Regulators also ordered app stores to remove 25 of Didi’s other apps, including those that register new drivers.

Didi shares have fallen more than 40 per cent since the IPO and its rivals have begun to lure its customers with promotions.

Data from Aurora Mobile, which researches the behaviour of Chinese mobile users, show Didi’s average daily user count for August fell to 10.9m, from 15.6m in June. Its main rivals either increased their user numbers or saw them fall by a smaller proportion.

Based on its historical rate of sign-ups, the ban on opening new customer accounts is depriving Didi of about 4m users a month.

The company is yet to report its second-quarter earnings to its US shareholders and has not signalled when it will do so. Most companies reported weeks ago.

Didi did not respond to repeated requests for comment on its daily users or its financial reporting plans and as a foreign issuer it is not obliged to report quarterly financials.

Separately, figures from China’s transport department show the number of ride-hailing companies that completed more than 300,000 monthly rides grew to 17 for the first time in July.

“After starting to use Amap, I’ve found it more convenient, with more options,” said a 26-year-old surnamed Jiang in Beijing. He turned to Alibaba’s Amap, which aggregates ride-hailing providers, after wait times for Didi cars rose in the wake of the government action.

Competing Chinese ride-hailing groups have rolled out a slew of promotions and discounts to lure away both Didi users and drivers.

“Meituan is giving away abundant cash bonuses for newly registered drivers,” said one driver in Beijing, who left Didi for Meituan’s platform in mid-July to take advantage of the opportunity.

“We all knew this might be a huge change . . . it indeed was an opportunity,” Gong Xin, head of rival Cao Cao Mobility, told local media. Cao Cao raised Rmb3.8bn ($591m) this month from a group of state-owned funds to accelerate its expansion.

New rules announced last week by the transport department may also hamper Didi’s operations in the longer term. The rules ban ride-hailing services from onboarding unlicensed drivers or cars and call for providers to “speed up” the process of weeding out non-compliance in their existing driver and vehicle pool. 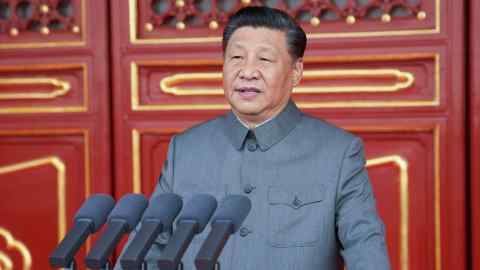 Authorities had turned a blind eye to the issue for several years and Didi and subsidiary Piggy Express were beneficiaries. Every month this year their proportion of fully compliant rides have ranked among the bottom tier of China’s ride-hailing providers, government data show.

Just 41 per cent of Didi rides were fully compliant in July, while Piggy Express stood at only 24 per cent, according to data from the transport department.

Still, some analysts believe Didi may be able to weather the storm.

“Didi is still the largest player in the market and consumer switching could be temporary if Didi acts to address their concerns,” said Guo Shan, an analyst at Beijing-based consultancy Plenum.

“Regulations could have a bigger impact. If Beijing asks Didi to split or abandon their exclusive agreements with drivers, then it would be much easier for its competitors to eat into its market share,” she said.

Guidelines for cyber security investigations indicate that the process should be completed within three months, but Didi has said very little about its progress.

Additional reporting by Nian Liu and Emma Zhou in Beijing