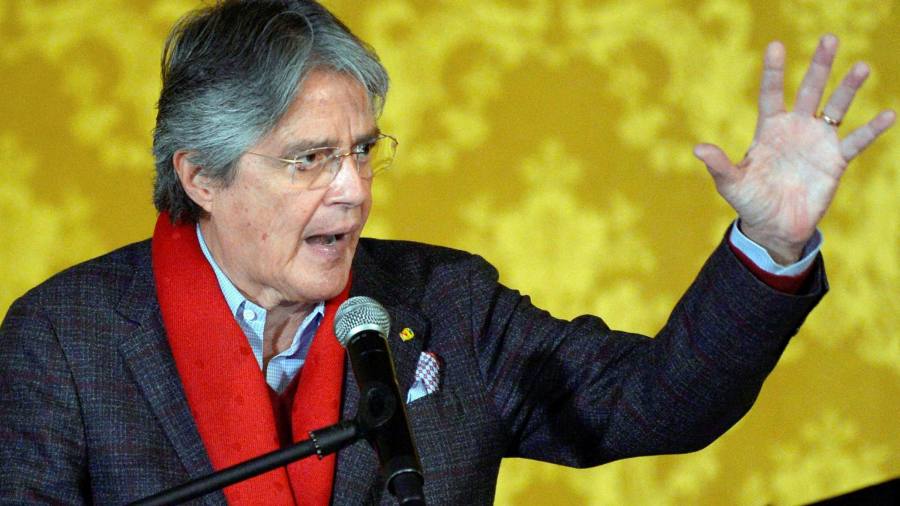 Sign up to myFT Daily Digest to be the first to know about Ecuador news.

When Ecuador’s president Guillermo Lasso vowed to ensure that 9m people — half the country’s population — had been vaccinated within his first 100 days in office, it sounded like a populist campaign promise that would soon be broken.

On the day he came to power, May 24, Ecuador had administered just 2m doses and fully vaccinated 3 per cent of its inhabitants, one of the lowest rates in the region.

But three months on, Lasso has kept his word. The country has now administered nearly 20m doses and has fully vaccinated more than 9m people — 52 per cent of the population, according to Johns Hopkins University.

The country has gone from having one of the lowest vaccination rates in Latin America to having the third-highest, behind only Chile and Uruguay and ahead of all the region’s most populous nations.

“It’s a great achievement and is down to a combination of factors,” said Sebastián Hurtado, head of local political risk consultancy Prófitas.

“Firstly: vaccine diplomacy. Lasso has reached out to everyone from the Chinese, the Russians and the Western pharmaceutical companies regardless of ideology. Secondly: he appointed a very competent health minister. Thirdly: he’s involved the private sector to help out with logistics, providing vaccination sites and equipment for doctors.”

The vaccination programme is not the only feather in Lasso’s cap. On Wednesday, his government said it had clinched a revised staff-level lending programme with the IMF. Assuming that the plan is approved by the fund’s board, Ecuador will receive $1.5bn in loans this year and a further $3bn in 2022 as it tries to steady its parlous finances.

On Lasso’s watch, Ecuador has also rejoined the World Bank’s International Centre for the Settlement of Investment Disputes (ICSID) after a 12-year absence, a move that should encourage foreign investment.

In August, the president travelled to Mexico to discuss a free trade agreement, a requisite if Ecuador is to join the Pacific Alliance trade bloc, which currently includes its two immediate neighbours Colombia and Peru, alongside Chile and Mexico.

Analysts say that Lasso showed a willingness to put aside ideology to sit down with Mexico’s president Andrés Manuel López Obrador, a leader with whom he has little in common. “He’s ruling without dogma. He’s shown he’s willing to listen and build consensus,” said Gabriela Larreátegui, a former Ecuadorean congresswoman.

It is quite a start for a man who was not expected to win the election in April. After failing in his two previous attempts at the presidency, he squeezed into the second round this year by the narrowest of margins before pulling off a major upset in the run-off.

He has been rewarded in the opinion polls, which give him an approval rating of between 64 and 74 per cent. However, some suggest that his popularity has peaked from a high point in July, possibly a portent of more difficult days to come.

His achievements so far have not required parliamentary approval, but in the months ahead, the government wants to push fiscal and labour reform bills through congress. That is where Lasso could come unstuck.

There are five major parties in Ecuador’s 137-seat congress, the smallest of which is Lasso’s Creating Opportunities (CREO) party with just 12 seats. He can count on about a dozen independents but is still well short of a majority in a chamber dominated by leftist parties and the indigenous party Pachakutik. The president has tried to forge alliances with other parties but with limited success.

“Lasso’s honeymoon is over,” said Johanna Andrango, a political scientist in Quito. “His first victory was the 9m vaccines in 100 days, but people are now asking what he’s going to come up with next to solve economic problems and crime, and his biggest obstacle, without a doubt, is congress.”

The president says his reforms are essential to reboot an economy that contracted nearly 8 per cent last year. Debt has jumped to about 65 per cent of gross domestic product and the fiscal deficit has widened. As the only formally dollarised economy in South America, Ecuador is limited in what it can do to right its accounts.

If congress refuses to approve Lasso’s reforms he says he will try to bypass the legislature by putting them to a referendum.

Ecuador has a record of taking that route. Lasso’s two immediate predecessors, Rafael Correa and Lenín Moreno, both called plebiscites in their first years in power, taking advantage of early popularity to ram through reforms.

“If there is no approval of the laws in the National Assembly (congress), we will consult the people directly and let them decide their future,” Lasso told a local television station this week.