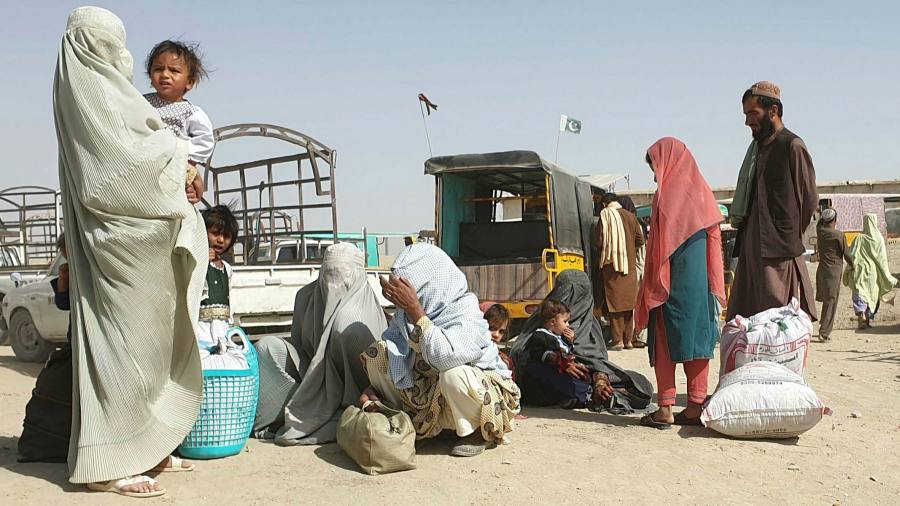 Brussels is drafting proposals for a €600m EU package for Afghanistan’s neighbours to accept refugees as it tries to avoid a repeat of the 2015 Syrian migrant crisis.

The takeover of Afghanistan by the Taliban following the abrupt withdrawal of US and allied forces has sparked fears of instability in the country and potentially large numbers of displaced people and refugees fleeing the Islamist militant group.

Many EU capitals have warned that the bloc must act to prevent a situation akin to the 2015 refugee crisis provoked by the war in Syria. More than a million migrants entered Europe, sparking bitter rows between member states and crippling Brussels’ legal mechanisms for distributing people seeking asylum.

EU officials said the proposal was to offer about €600m to neighbouring countries to help them host refugees fleeing the Taliban regime. It could mean Brussels providing cash to Pakistan, possibly to Uzbekistan and Tajikistan and even to Iran, which is under international sanctions.

The plan mirrors Brussels’ makeshift effort to mitigate the 2015 crisis by offering financial support to Turkey in exchange for the country absorbing refugees rather than allowing them to travel onwards to Europe.

Migration has been a sensitive topic for EU states since the 2015 crisis. Even before the Taliban takeover, mainly eastern states had sounded the alarm over efforts by Belarus to encourage migrants, some from Afghanistan, to cross into the EU in a tactic that the commission said was “an act of aggression.”

Home affairs ministers from the EU held an emergency meeting in Brussels on Tuesday to discuss the fallout from the change of power in Afghanistan. The last US soldiers flew out of Kabul on Monday evening, as Washington ended its 20-year war in the country.

In a statement at the outset of the meeting, the interior ministers of Austria, Denmark and the Czech Republic said “the most important thing right now is to send the right message into the region: stay there and we will support the region to help the people.”

No agreement is expected at Tuesday’s talks, and the amount of financial aid will be adjusted in consultation with other international partners, including the UK, with a first possible meeting taking place next week among G7 interior ministers.

“We are at the beginning of the budgetary cycle, we’re not scraping the barrel as we were in 2015,” European Commission vice-president Margaritis Schinas told the Financial Times. “I don’t think money will be the problem.”

Schinas said that in contrast to the 2015 crisis, the bloc is seeking negotiations with Afghanistan’s neighbouring countries early on. “We’ll work closer to the problem, for Afghans to find something along the way rather than put themselves in the hands of smugglers.” Horst Seehofer, Germany’s interior minister, said the EU needed to act quickly “to avoid another failure of the west”.

“It’s very important to accelerate diplomatic efforts, I expect the European Commission, if we agree politically today, to strongly support the neighbouring countries if they take Afghan refugees,” he told reporters as he arrived at Tuesday’s meeting. “If we act quickly, we won’t repeat 2015. If we make mistakes and debate for too long, then it won’t lead to a good development in the coming months.”

Seehofer added: “I don’t think it’s very clever to talk about numbers, because numbers can trigger a pull effect.”

The €600m, which would be provided by the commission, would be part of an Afghanistan assistance package of roughly €1bn. This would include about €300m in direct humanitarian assistance, most of it earmarked for women, girls and other vulnerable groups in the country.