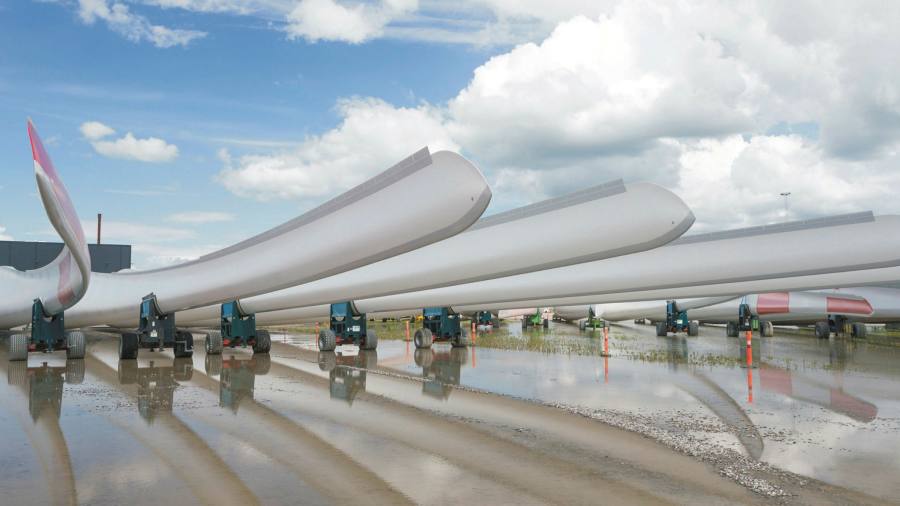 The debate around exempting green investments from the EU’s strict deficit-and-debt rules is bound to heat up among finance ministers congregating in Slovenia over the next two days. We’ll look at the arguments of each camp and what the odds are for changes to the Stability and Growth Pact being agreed.

Meanwhile, France is pledging to re-embark on cutting its budget deficit and debt as of next year, according to the country’s latest budget plan presented last night.

And further east, in Romania, we look at the latest troubles engulfing its prime minister, who could soon cement the country’s world record in ousting premiers in confidence votes.

This article is an onsite version of our Europe Express newsletter. Sign up here to get the newsletter sent straight to your inbox every weekday morning

EU capitals are only just beginning to grapple with just how far-reaching the economic implications of the green transition will be, writes Sam Fleming in Ljubljana. That includes the hefty burdens it will impose on public finances, which will be up for discussion among finance ministers in Slovenia today and tomorrow.

The EU is embarking on what promises to be a divisive debate over what the union’s budgetary rules should look like when they are reimposed following a Covid-19-induced pause.

While finance ministers agree fiscal support will have to be pared back as output returns to previous levels, there are big rifts over the speed of retrenchment and how — if at all — the fiscal rules should be adapted to account for debt blowouts over the past year and to better support future investment.

One particularly contentious aspect of this looming discussion is whether the Stability and Growth Pact should be changed to offer better incentives for green public spending. A paper from Zsolt Darvas and Guntram Wolff of the Bruegel think-tank, to be presented at the finance ministers’ meetings, shows the costs to the public purse of going green will be considerable.

During the course of this decade, achieving EU climate goals will require an increase in total green investment by about 2 percentage points of GDP annually, of which public investment will have to amount to between 0.5 per cent and 1 per cent of GDP, the paper finds. This means “the central policy challenge for finance ministries in the coming years will be to consolidate deficits while increasing green investment,” it argues.

While member states will have the tailwind of the €800bn Next Generation EU common borrowing programme to help pay for green investment projects, domestic budgetary constraints could push them in the opposite direction.

Fiscal rules tend to disadvantage investments by treating them as current expenses, which are impacted by EU deficit limits. Accordingly the Bruegel paper recommends the introduction of a “green fiscal pact” that exempts net green public investment from the debt and deficit rules of the Stability and Growth Pact.

Alongside that, the existing fiscal rules should be applied as flexibly as possible, the paper says, to prevent excessively draconian fiscal consolidation.

For instance, Bruegel assumes the commission would choose not to apply its standard metric of a 1/20th per annum reduction in debt ratios imposed on member states above the 60 per cent of GDP debt ceiling, given the brutal retrenchment this would imply for capitals including, notably, Italy.

The idea of a green investment rule in the EU has been under discussion for some time, but it is viewed with intense suspicion in frugal capitals, not least given the difficulties of accurately defining what constitutes green investment.

Finance ministers from countries including Austria, the Netherlands and Sweden made it clear in a joint paper published yesterday that they will take a tough line on post-pandemic changes to the EU’s fiscal rules — although they also left the door open to discussions of reform ideas.

The debate in Slovenia over the next couple of days should give an early indication as to whether ideas such as the green investment carve-out have the potential to garner widespread support, or are dead on arrival.

Should the Stability and Growth Pact be reformed? We want to know what you think. To take the poll, click here.

The fifth and final budget of the Macron administration outlined last night for 2022 by French finance minister Bruno Le Maire is not quite as austere and disciplined as he thought it would be before the Covid-19 pandemic struck last year, writes Victor Mallet in Paris.

Le Maire announced that the budget deficit target for next year was 4.8 per cent of GDP, down from this year’s 8.4 per cent but well in excess of the old and now-suspended EU deficit limit of 3 per cent.

Public sector debt has meanwhile surged from below 100 per cent of GDP to 116 per cent this year after Le Maire and Macron decided to support jobs and businesses through the worst of the lockdowns “whatever the cost”.

The aim is to resume the task of restoring order to the public finances — as Le Maire began to do between 2017 and 2019 — and to cut debt by two percentage points to 114 per cent of GDP next year despite maintaining Macron’s promise to keep cutting taxes for companies and households.

Le Maire said he could achieve this because France was back to its pre-crisis rate of unemployment (a still high 8 per cent of the workforce), economic activity should reach its pre-pandemic level by this December — and growth was proving stronger than expected.

“We will not spend all the fruits of growth,” he said, with officials confirming that some of the extra expected tax revenue would go on cutting the deficit and debt.

The European Central Bank yesterday decided to move to “a moderately lower pace” in its €1.85tn pandemic emergency purchase programme. The bank lifted its forecast for prices, saying inflation would rise above its target to 2.2 per cent this year, before dropping back to 1.7 per cent next year and 1.5 per cent in 2023. (Read more here)

Another PM on the brink

Romania’s prime minister Florin Citu faces a no-confidence vote after he sacked his justice minister last week, igniting a coalition row that could end up with the collapse of the current government, writes FT’s south-east Europe correspondent Marton Dunai.

The ruling coalition has a narrow majority that depends on three parties’ continued participation.

Justice minister Stelian Ion of the liberal USR-PLUS party, was forced out over his resistance to signing a €10bn municipal development programme, which his party fears may enrich local fraudsters without sufficient safeguards. Ion was sacked before he could appoint a new head to the anti-corruption directorate, which investigates government graft.

“I will not accept ministers in the Romanian government who oppose the modernisation of Romania,” Reuters quoted Citu as saying.

USR-PLUS has said Citu abused his powers and therefore the party declined to continue work in the coalition with him as prime minister. The party has since withdrawn all its ministers and indicated it will join the opposition in voting against Citu in an upcoming confidence vote.

USR-PLUS has said it would support the government if someone else is appointed PM — with former premier Ludovic Orban mentioned as a possible replacement. The party will hold a congress on September 25 to hash out those scenarios.

Government crises such as the one now are frequent in Romania, which has had 18 premiers since 2000, including five who had to step down after they lost no confidence votes, the highest number in the world, according to a tally by Charlie Robertson, global chief economist at Renaissance Capital.

Unpacking the Pact: The Centre for European Policy Studies has taken upon itself to dissect the bloc’s stalled Migration Pact and look at what obstacles remain for each of the five legislative proposals included in the package.

Vaccinate the globe: The liberal group in the European parliament, Renew Europe, wrote this letter to commission president Ursula von der Leyen urging her to increase the bloc’s contribution to €4bn this year for Covax — the global initiative that recently projected a 25 per cent shortfall in its vaccine delivery forecast rates.

Climate and terroir change: Can you make Bordeaux wine outside its home region in France? The terroirs around which vineyards and farmers have built not only wine traditions and cuisines, but also ways of life, are already feeling the subtle effects of climate change.

Brexit Briefing — Our essential weekly guide to the world, post-Brexit. Sign up here

First FT Europe — Our pick of the best global news, comment and analysis from the FT and the rest of the web. Sign up here

Are you enjoying Europe Express? Sign up here to have it delivered straight to your inbox every workday at 7am CET. Do tell us what you think, we love to hear from you: [email protected]

Correction: Yesterday’s newsletter was corrected online to say that Annalena Baerbock advocates for relaxing debt brakes for public and green investments. We initially suggested she’d be in favour of removing them altogether.