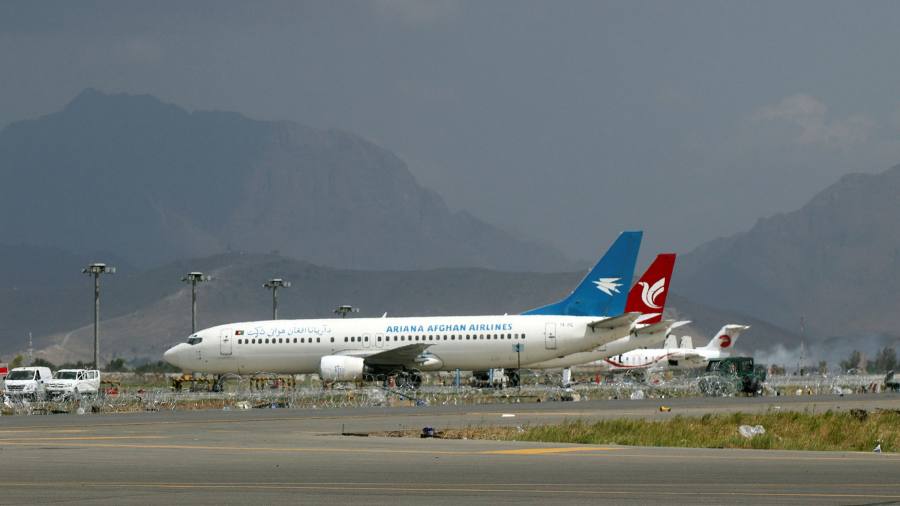 The EU plans to re-establish a diplomatic presence in Kabul and engage with the Taliban as western nations weigh options for dealing with Afghanistan’s government in the wake of this week’s US-led pullout and the country’s takeover by the Islamist movement.

The announcement by Josep Borrell, the bloc’s foreign policy chief, came as Kabul’s airport partially reopened, with Afghanistan’s national carrier, Ariana, resuming domestic flights and medical supplies arriving from the United Arab Emirates. A technical team from Qatar is helping with airfield operations but no announcement has been made about the potential restart of routine international flights.

The EU decision does not equate to full recognition of the Taliban government but was needed to support the Afghan population, Borrell told reporters following a meeting of bloc foreign ministers. Engagement would depend on the Taliban preventing Afghanistan from becoming “a base for the export of terrorism to other countries” and respecting human rights, the rule of law and free media, he said.

The EU also wants the formation of a politically inclusive government, access for humanitarian aid and freedom for people to leave the country.

“We have decided to work in a co-ordinated manner, to co-ordinate our contacts with the Taliban, including through a joint European Union presence in Kabul . . . if the security conditions are met,” Borrell said.

The formation of the joint EU presence in Kabul was “the first practical thing to do if we want to reach out . . . to the new Afghan government,” he said, adding that individual member states were unlikely to open their embassies in the country soon.

Women protest outside the presidential palace in Kabul, demanding that the Taliban respect their rights © Stringer/Reuters

Some EU states have privately called for a swift return to a physical diplomatic presence in Kabul, arguing the bloc needed to offer an alternative to China and Russia, which have good ties with the militant group, and ensure effective distribution of humanitarian aid.

Vladimir Putin, Russia’s president, said on Friday that Moscow wanted the Taliban to “join the family of civilised nations”, which he described as a key step for ensuring security in central Asia. “Russia has no interest in the disintegration of Afghanistan,” he said.

Russia has not signalled its intent to recognise the Taliban, though it has courted the movement for years and left its embassy in place in Kabul after western countries evacuated diplomats. Moscow’s ambassador later said Russia was in touch with potential members of a new Taliban government.

Wu Jianghao, China’s deputy foreign minister, promised Taliban leaders this week that Beijing would maintain its embassy in Kabul and increase humanitarian aid, according to Suhail Shaheen, a Taliban spokesman. “Our relations would beef up as compared to the past,” Shaheen said.

Nearly three weeks after seizing Kabul, the Taliban have yet to unveil their formal plans for governing, as they seek to put together an “inclusive government” representing all sections of the multi-ethnic population.

Abdul Wasi Baheer, a civil society leader from the Taliban spiritual heartland Kandahar, said the Taliban — whose leaders come from the dominant Pashtun community — wanted a government that would win diplomatic recognition from countries that have closed their embassies.

“They want the diplomats that left Kabul to return,” he said. “They want to pave the way for talks with the West.”

Even without a formal administration in place, western governments have been holding talks with leaders of the Taliban’s political office in Doha, amid concern over deteriorating socio-economic conditions in Afghanistan.

Markus Potzel, Germany’s ambassador to Afghanistan, tweeted on Friday that he had held a “constructive meeting” with Mohammad Abbas Stanikzai, deputy director of the Taliban political office. Simon Goss, the UK’s special envoy for Afghanistan, also met Stanikzai this week.

UK foreign secretary Dominic Raab, who is on a two-day visit to Pakistan, said on Friday that while the UK did not recognise the Taliban as a government, London acknowledged the need to communicate with the group. “We do see the importance of being able to engage and have a direct line of communication”, he told reporters. “No one wants to see the economic and social fabric of Afghanistan collapse.”

Meanwhile, heavy fighting has been reported around the Panjshir Valley, where the Taliban has mounted an offensive against the country’s last opposition enclave.

Additional reporting by Fazalminallah Qazizai in Kabul, Simeon Kerr in Dubai and Jasmine Cameron-Chileshe in London