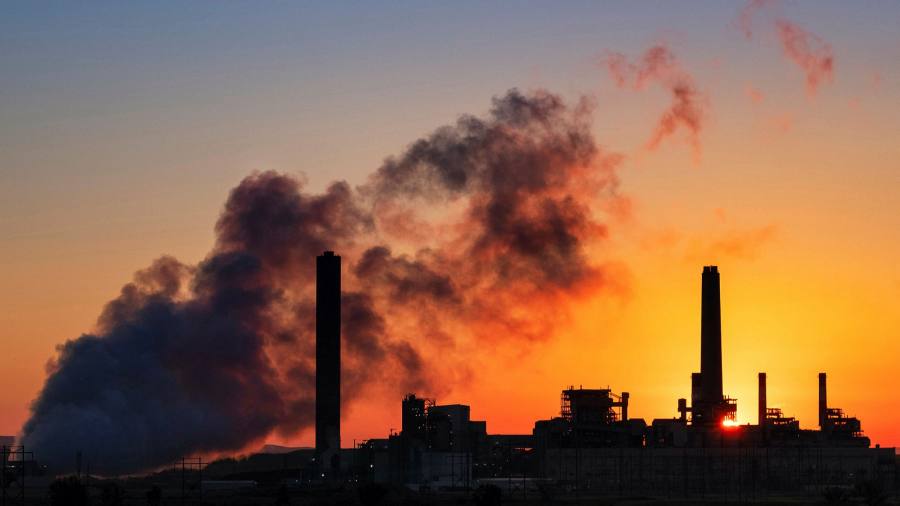 It’s not every day that the president of the European Investment Bank has a go at the European Commission, but yesterday was one of those moments. In the spotlight: Brussels’ highly contested inclusion of nuclear power and gas in its so-called taxonomy for sustainable investments. I’ll unpack the arguments coming from the Luxembourg-based bank and what the EU commission had to say in its defence.

Speaking of natural gas, the Gazprom-owned Nord Stream 2 consortium has made controversial appointments to the board of the German subsidiary that would own the last miles of pipeline. Meanwhile, the Germany’s foreign minister yesterday vowed to keep the pipeline offline if Russia invades Ukraine, amid criticism from Latvia among others that Germany’s dependence on Russian gas is creating divisions within the bloc.

One appointment is still very much in the dark: Italy’s next president. Four election rounds have ended with a majority of blank votes. The latest speculation is that a woman could be propelled into the post, but the centre-left continues to push for Mario Draghi, the prime minister.

This article is an on-site version of our Europe Express newsletter. Sign up here to get the newsletter sent straight to your inbox every weekday morning

The EU’s draft legal text permitting investments in nuclear power and gas to be labelled as sustainable is off to a bad start. First, the European Commission controversially sent out the draft text a few minutes before midnight on New Year’s Eve. (The FT had the scoop here)

Then, a deluge of critical comments poured in, including from Germany’s government, which has vowed to vote against it (though it doesn’t have the power to block it) if the final text doesn’t significantly reduce the scope of eligible investments in nuclear and gas.

The inclusion of the two sources of energy was a compromise needed to get pro-nuclear countries, led by France, as well as pro-gas governments in southern and eastern Europe on board. In a recent interview, the commissioner overseeing this file, Mairead McGuinness, said she doesn’t expect significant changes to the text.

Now, the European Investment Bank, which sees itself as the bloc’s “climate bank”, as described by its president, Werner Hoyer, is piling on criticism.

In a news conference yesterday, Hoyer said the bank has never invested in nuclear projects and “has no intention to change that”, no matter what the final taxonomy will say.

On gas, Hoyer — a German national — complained that the rules are too complex and that nearly a month after the draft came out, “we still haven’t fully digested the details”.

“The move out of, so to speak, dirty gas into clean gas . . . must meet criteria which have reached [such] a level of technical complexity, in that paper, that you get drowsy,” Hoyer said.

“What I would not like to see is if someone wants to move out of dirty fossil fuel projects into clean gas projects, he or she will end up with nuclear solutions, because it is simply too complicated.”

His advice, Hoyer said, was to fine tune the details or else risk having the taxonomy “misused or discredited”.

A European commission spokesperson said the final text would be published soon and sought to dismiss Hoyer’s comments.

Was the European Commission wrong to include both nuclear and gas in its taxonomy proposals? Tell us what you think and click here to take the poll.

For years, the Nord Stream 2 pipeline has been a flashpoint of political controversy in Europe, and a power struggle between Moscow and Washington — with Berlin stuck in the middle. It has also caused strife within Germany’s new coalition government. But the latest chapter in this saga is among the most unusual yet, writes Erika Solomon in Berlin.

The Kremlin-backed gas project last year announced it was setting up a subsidiary to run the final 54km segment of the pipeline through Germany’s waters. The goal was to try to get around the European Union’s “unbundling” regulations, which require that the companies producing, transporting, and distributing gas within the bloc are separate entities.

When the subsidiary, Gas for Europe GmbH, was finally announced on Wednesday, opponents went from sceptical to incredulous.

“Seriously?” one German official privately said. “Now they are just trolling Europe,” said a European lawyer who has helped fight the project. Both asked not to be named.

Topping the list in terms of public outrage was the initial proposal for chair of the board, a controversial former diplomat. Late last night it emerged that the foreign ministry had refused to clear him for the post, Der Spiegel reported.

Yet it is the other newly appointed members of the board and the new company’s management that critics argue are even more problematic.

The supervisory board’s two other members are Paul Corcoran, the chief financial officer of Nord Stream 2, and Elena Burmistrova, the director-general of Gazprom Export.

The managing director of Gas for Europe is Reinhard Ontyd, who was previously the chief commercial officer of Nord Stream 2.

None of these appointments seem likely to ease concerns of the new subsidiary operating independently — or the likelihood of opponents such as Poland challenging the plan in court.

“If this is their board, then this is not unbundling,” said Thomas O’Donnell, an energy analyst at the Hertie School in Berlin. “But I actually don’t get what they are doing any more.” With EU-UK trade talks on hold as London is consumed by the ‘partygate’ scandal, our sister newsletter Britain after Brexit is looking at fresh research from the London School of Economics, which found that the uncertainty created during the UK’s negotiations with the EU between 2016-2019 caused material negative effects to GDP growth. (More here)

Is Italy poised to elect its first woman president? That is the question gripping Italians, as the presidential election process moves into its fifth day today, after the first four rounds of secret ballots failed to anoint a new head of state, write Amy Kazmin and Davide Ghiglione in Rome.

Mario Draghi, prime minister, has long been seen as the presidential frontrunner. But as the political stand-off over his potential ascent to the presidency continues, talk that lawmakers could instead choose a woman for the role is intensifying.

Politicians “know the country is getting impatient — they know they have to come out with a solution fast, but the solution should be interesting,” said political commentator Gianni Riotta, former editor of the business newspaper Sole 24 Ore. “We never had a woman as president, so any woman that is elected would have a favourable wind. It would be such an innovation. The symbol would be powerful.”

Among those whose names circulating are Elisabetta Belloni, who was appointed by Draghi in May to become the first female head of the country’s intelligence agencies.

A female pioneer within Italy’s then male dominated foreign service, Belloni led the foreign ministry’s crisis response unit from 2004 to 2008, and later secured the ministry’s top job. From there, she was named head of Italy’s Department of Information Security, which oversees the country’s foreign and domestic intelligence services.

But there has been some pushback against the idea of Belloni, with some Italians taking to social media to express concerns about the head of the spy agency taking charge as the head of state.

Another possible candidate is justice minister Marta Cartabia, the former president of Italy’s constitutional court. As minister, Cartabia has been overseeing reforms intended to help speed up trials and make the legal system more efficient — a persistent concern of international investors.

But despite the frisson around talk of a woman president, it still may not be on the cards this time, as the centre-left Democratic party is reportedly convinced Draghi as president is Italy’s best bet.

Round five of Italy’s presidential election

Zero tariffs for green: Multilateral negotiations over free trade in environmental goods (such as batteries, electric motors, and heat pumps) collapsed in 2014. The EU should try again and reduce tariffs unilaterally if talks fail, writes the Centre for European Reform.

Great Game of chips: The fight to dominate the semiconductor industry is rapidly turning into a modern equivalent of the 19th-century Great Game, when rival powers clashed over Central Asia, writes John Thornhill. Today’s game is mostly about boosting intellectual capital, strengthening industrial capacity and pioneering the latest technology.

Europe’s landlords: The Greens in the European parliament have commissioned this study looking at the regulatory framework and increased activity of real estate companies, pension funds and private equity firms in the European housing market.

Britain after Brexit — Keep up to date with the latest developments as the UK economy adjusts to life outside the EU. Sign up here

Are you enjoying Europe Express? Sign up here to have it delivered straight to your inbox every workday at 7am CET. Do tell us what you think, we love to hear from you: europe.express@ft.com.