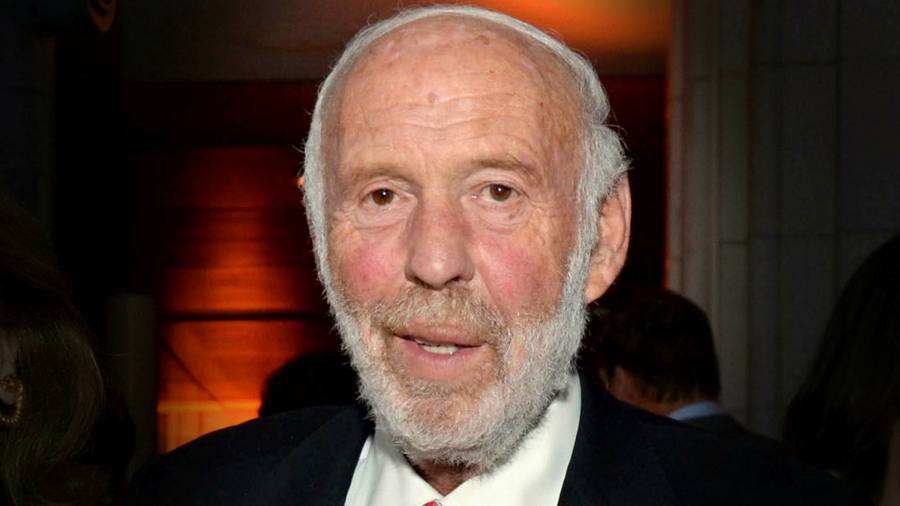 Sign up to myFT Daily Digest to be the first to know about Renaissance Technologies news.

Top executives of Renaissance Technologies and their spouses have agreed to pay about $7bn in back taxes and penalties to federal authorities in connection with trades made by the quantitative hedge fund in the largest tax settlement in US history, according to people briefed on the matter.

Jim Simons, a mathematician and former cold war codebreaker who founded the fund about four decades ago, will pay an additional $670m, according to a letter the group sent to investors, which has been seen by the Financial Times.

The settlement puts an end to a long-running dispute linked to trades made by the firm’s Medallion fund between 2005 and 2015, when several of its executives converted short-term capital gains into long-term profits, which are taxed at a significantly lower rate.

The decision to settle with the Internal Revenue Service was reached after “Renaissance’s board ultimately concluded that the interest of our investors from the relevant period would be best served by agreeing to this resolution with the IRS, rather than risking a worse outcome, including harsher terms and penalties, that could result from litigation”, said Peter Brown, Renaissance chief executive.

The settlement only affects the hedge fund’s insiders as well as family and friends, as Medallion is not open to public investors such as pension funds.

Renaissance, based in Long Island, New York, is one of the world’s most successful hedge funds. The group pioneered quantitative investing, a strategy that employs complex computer models to make rapid trading decisions. Medallion has been particularly strong, generating billions of dollars for its elite backers.

The US Senate permanent subcommittee on investigations accused Renaissance in 2014 of shifting short-term trades into “basket options” of securities, a move that permitted the hedge fund to pay a 20 per cent tax rate on its profits rather than 39 per cent.

At the time Carl Levin, who headed the subcommittee, said that “banks and hedge funds used dubious structured financial products in a giant game of ‘let’s pretend’, costing the Treasury billions and bypassing safeguards that protect the economy from excessive bank lending for stock speculation”.

Barclays and Deutsche Bank were two of the lenders who helped Renaissance structure the transactions, the Senate subcommittee found.

News of the tax settlement was first reported by The Wall Street Journal.