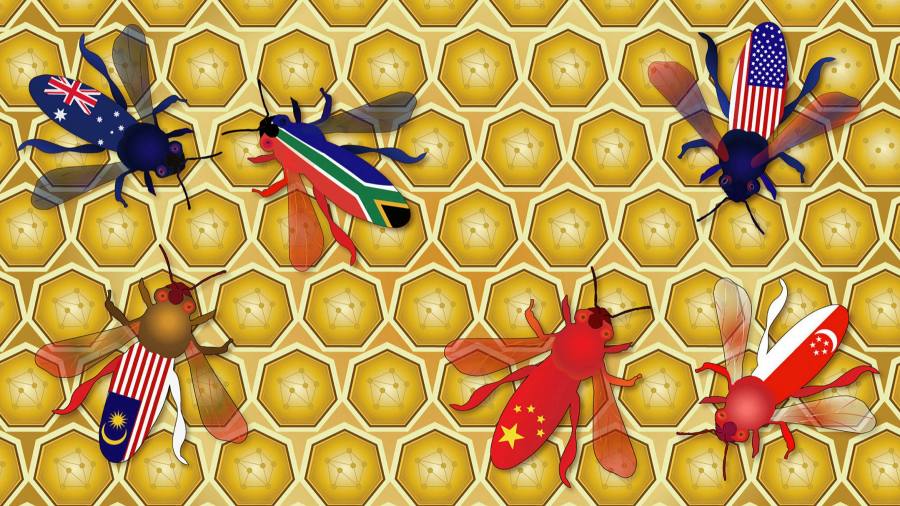 This week the central banks of Australia, Malaysia, Singapore and South Africa have started a new experiment: building a cross-border central bank digital currency system called “Project Dunbar”, under the auspices of the Bank for International Settlements.

The idea is to let institutions in those countries use cryptocurrency and distributed ledger technology to make cheap, instant payments in different currencies. And if Dunbar works — a big “if” — this will give a new twist to 21st-century digital finance.

The holy grail of central bank digital finance is to link different silos and currencies. Dunbar is not the only initiative attempting this: the central banks of Hong Kong, China, the United Arab Emirates and Thailand will soon embark on a so-called mCBDC bridge project with the same aim, using different technology.

Should anyone who is not a central bank or crypto enthusiast care? Yes, for four reasons. First, these experiments show that while cryptocurrencies and distributed ledger technology used to haunt the financial fringes, they are now going mainstream. So much so, that the US Federal Reserve will report on its own efforts to build a dollar CBDC — albeit just for domestic purposes.

Second, the mushrooming of central bank experiments shows that a furious tussle is under way in the bowels of finance. Private sector entrepreneurs are racing to determine which computing solution will deliver DLT in the most secure and scaleable manner, creating a proliferation of products, such as ethereum, cardano, solana and polkadot.

Central bank officials are grappling with tough policy choices as they peruse the tech options, such as how to retain centralised ledgers (and control) if they embrace elements of DLT. Some are testing their ideas with private sector partners. MAS has worked with JPMorgan; DBS and ConsenSys, a software provider, have focused on ethereum. Others, like the Fed, are using proprietary tech. Agustín Carstens, head of the BIS, expects this homegrown route will become more popular. “CBDC is so important that we cannot outsource the production of CBDC to the crowd,” he tells me.

Either way, the acronym “CBDC” can refer to a broad spectrum of models, and none of these dominate yet. As Carstens adds: “[The issue] is how to interconnect and how to generate a network of CBDCs with different governance and connectivity models for cross-border transactions. But there are lots of ways to do this.”

Third, Asia is leading much of this innovation. That is partly because China is racing to develop a digital yuan to boost its global power, and the People’s Bank of China is ahead of most rivals in this respect. However, the central banks of Singapore and Hong Kong are moving fast too.

“Asia is definitely leapfrogging other regions [since] there is more appetite for tech and less legacy systems,” notes Charles d’Haussy, a former Hong Kong government official who runs the Asian operations of ConsenSys. Or as Charles Hoskinson, who runs a company focused on the cardano technology observes: “Smaller governments recognise that this is a great opportunity to leapfrog the west.”

The fourth — and arguably most important — point to have emerged around Dunbar, however, is that the immediate impact of CBDC experiments might not be felt in the world of crypto and DLT. It seems unlikely that CBDCs (or privately created digital tokens) will be an effective form of money for retail finance anytime soon. Traditional systems, such as credit cards, mobile phone banking — or even paper money — are still speedier. And while DLT can already be effective for some corners of wholesale finance, the applications are limited since the tech is still clunky.

That might change fast. But even before that happens (if it does), the debate around CBDCs and private sector experiments, by groups such as Facebook, is prompting legacy operators to scramble to ward off the looming competition. Singapore is a case in point: domestic banks have raced to make existing mobile phone banking services more efficient.

“In Singapore we can pay each other in three clicks, and have cross-border payments with countries such as Thailand,” says Sopnendu Mohanty, chief technology officer at MAS. “So why do I need a CBDC?” he asks. “The answer is that you can dramatically bring down the cost of transfers.” And thus further raise competitive threats.

Therein lies perhaps the biggest reason to watch Dunbar and its ilk. As Andrew McCormack, a senior BIS official, notes: “Anything which raises expectations that payments should be fast, instant and cheap is a good thing.”

So if CBDCs can shake up the sometimes sleepy finance cartels, we should all cheer. And celebrate the principle that the economist Adam Smith championed three centuries ago: competition is a wonderful thing for spurring innovation — and growth.