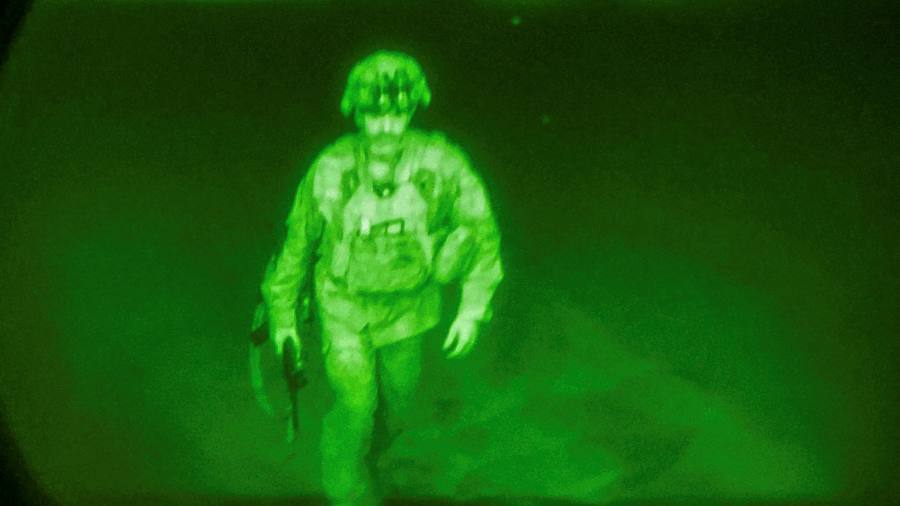 The US has ended its 20-year war in Afghanistan, withdrawing its remaining troops and concluding a huge and chaotic airlift evacuation of more than 120,000 civilians while leaving others stranded.

The withdrawal ended a minute to midnight local time and brings to a conclusion America’s longest war that claimed the lives of more than 2,400 US military personnel.

The Pentagon released a photo of Major General Chris Donahue from the 82nd Airborne Division hours after the US completed its withdrawal. He became the last US soldier to board the final flight out of Kabul.

Gunfire rang out over Kabul early this morning as Taliban militants celebrated the US withdrawal and marched into Kabul’s airport, capturing ground that had only hours earlier been held by American forces.

At a press conference, held on the airport tarmac, Taliban spokesperson Zabihullah Mujahid said the US had been defeated and celebrated Afghanistan’s “independence”, saying the country was now a “free and sovereign nation”.

Meanwhile, the UN Security Council approved a resolution calling on the Taliban to allow “safe passage” for people still trying to leave Afghanistan.

The US and its allies evacuated more than 120,000 civilians following the Taliban takeover of Kabul on August 15. But many Afghans selected for evacuation were unable to reach the airport due to massive chaotic crowds and Taliban controls. It is unclear how many will be accepted by the US and its western allies via applications from third-party countries like Pakistan and Uzbekistan.

Afghanistan’s economic meltdown: Since the Taliban takeover, prices of essential items have surged and salaries have stopped, leading analysts to warn of financial collapse and widespread hunger.

Global Insight: Why France was more clear-eyed about Afghanistan than the US. Paris started evacuating Afghans and staff in May and had a ‘more dispassionate’ assessment of the intelligence, writes Victor Mallet.

1. Gulf Coast communities survey Ida damage Widespread wind and flooding followed Hurricane Ida’s landfall on Sunday on the Louisiana coast, with water surging as high as 9ft in some areas. More than 1m customers across Louisiana remain without power, according to PowerOutage.US. Entergy, one of Louisiana’s main electric utilities, said that it could be weeks before normal service is resumed.

2. US investors bank on derivatives Investors are increasingly turning to derivatives strategies to protect their gains and guard against a slowdown in the $51tn equity market, suspecting that the rally is starting to run out of steam.

3. BofA’s ‘university’ for retraining own employees The bank set up the training arm in 2018 to teach staff — from tellers to traders — skills such as coding and data analytics. As the pace of digitisation accelerates, BofA has been leaning more heavily on its own workers to fill the void and thereby hold down hiring costs.

4. China limits children’s online gaming to 3 hours a week Chinese children will only be allowed to play video games for one hour on Fridays, Saturdays and Sundays under new curbs to hit gaming providers such as NetEase and Tencent. The new rules, published in Chinese state media yesterday, come amid a wide regulatory shake-up of the country’s technology industry.

5. Porsche targets Asia for first factory outside Europe The opening of an assembly line in Malaysia next year will mark a departure from the 90-year-old luxury brand’s practice of building cars close to its storied home in Stuttgart, Germany.

EU ministers yesterday recommended the bloc implement a ban on unvaccinated Americans. Meanwhile the US has raised its travel advisory levels for Canada, Germany and Switzerland because of Covid-19 infection rates in those countries.

Businesses are increasingly turning to automated tools to replace low-wage customer service staff. But rather than robots, they are using QR codes.

A shortage of new cars owing to the semiconductor supply crunch is spurring a once-in-a-lifetime boom in the second-hand car market.

Follow the latest on our coronavirus live blog and sign-up to our Coronavirus Business Update email for a regular briefing on how the pandemic is affecting markets, global business and our workplaces.

Economic data  A report from the Conference Board is expected to show consumer confidence dipped in August, after hitting a 17-month high in July. Monthly home prices data for June is also scheduled for release.

Interest rate decision Chile’s central bank is expected to announce a rise in its benchmark interest rate by 50 basis points to 1.25 per cent. In July, the central bank increased the rate to 0.75 per cent from 0.5 per cent as a rapid Covid-19 vaccination programme helped the country resume economic activity.​

Elizabeth Holmes trial The founder of failed blood-testing company Theranos is set to go to trial this week more than three years after being indicted on fraud and conspiracy charges. Jury selection begins today and the trial is expected to go on for months. (FT, CNN)

George Soros: Investors in Xi’s China face a rude awakening President Xi Jinping has collided with economic reality, George Soros writes. To protect investors, the billionaire investor and philanthropist calls for Congress to pass a bill requiring asset managers invest only in companies where governance structures are transparent and aligned with stakeholders.

Wall Street vs private equity “They are a complete pain in the ass,” said one M&A managing director of his private equity clients. “Financial sponsors” are proving exceptionally demanding: senior bankers are at the mercy of 30-year-old PE vice-presidents who request, at all hours, tedious financial analysis for immediate reply, with nary a “please” or “thank you”.

Carbon offsets: a licence to pollute or a path to net zero? A nascent but growing trend in the energy sector pairs fossil fuel shipments with carbon offsets — units that organisations buy to compensate for emissions and help their carbon-intensive cargoes appear greener. But critics argue the offsets do not capture as much carbon as they claim.

Universal basic income isn’t the only solution We are at a moment where work is becoming more uncertain. A policy where the state pays out monthly sums without conditions is often pitched as a solution. But a universal basic income would shape the labour market in ways that are hard to predict, writes Sarah O’Connor.

It’s time for candid conversations at work Different generations will — should — bump up against each other if culture and society are to be living things, writes Stefan Stern. The same is true for companies and organisations. But how does that help well-intentioned executives who worry they are going to say the wrong thing about race, gender identity, sexuality, disability or other sensitive issues, he asks. Amy Edmondson, professor of leadership and management at Harvard Business School, has some advice:

“Individual executives must learn and practise the skills of perspective taking and inquiry that facilitate candid sharing of ideas and concerns.”

Little Simz’s new album, Sometimes I Might Be Introvert, opens with possibly the least reticent song about reticence ever made. “It’s me finding power within my introversion,” Simz says of the song Introvert. “I’ve never felt the need to be the loudest person in the room. I know my presence holds weight,” the London rapper tells our music critic Ludovic Hunter-Tilney. 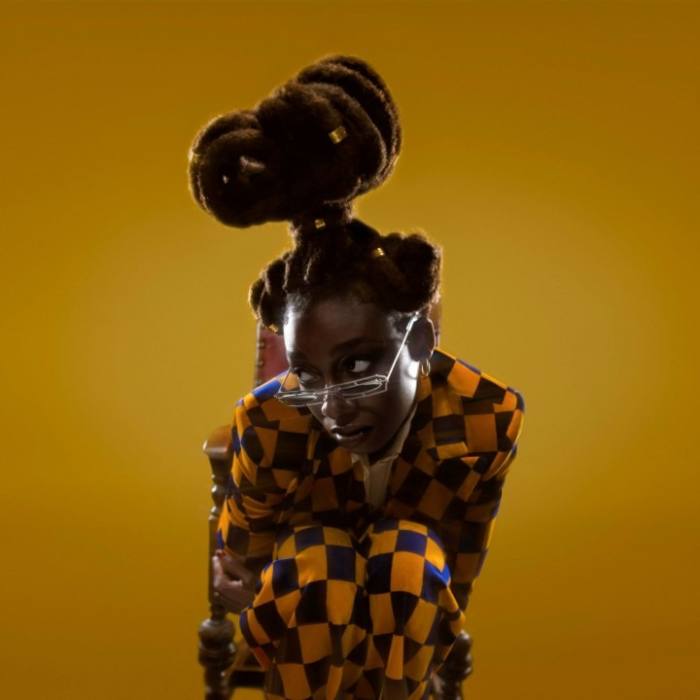