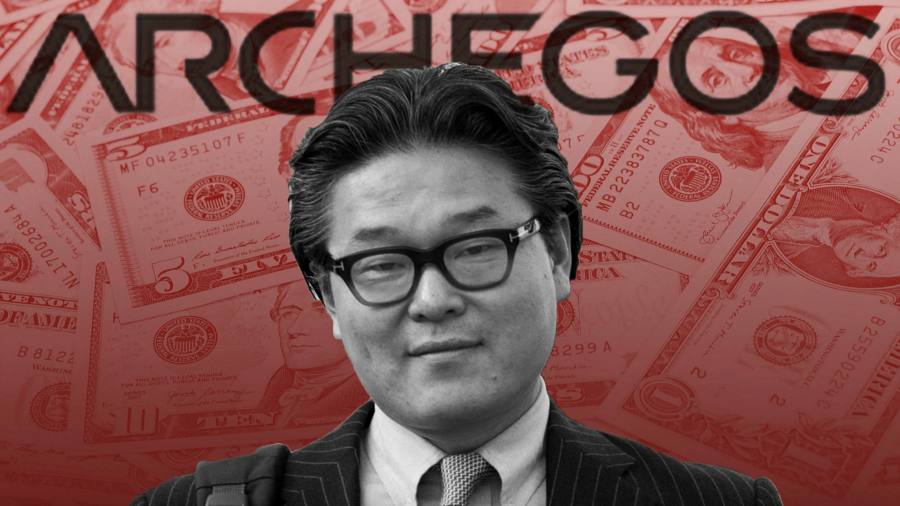 Employees of Archegos Capital Management face losses of about half a billion dollars after the value of a deferred pay plan set up by the firm crashed along with its other investments.

The family office run by Bill Hwang is yet to release money it owes former staffers, who saw the value of their deferred bonuses soar to about $500m before Archegos collapsed, according to two sources close to the firm.

Archegos sent shockwaves through global markets in March when it was forced to unwind several highly leveraged trades made using derivatives known as total return swaps. The episode left the banks with which it traded, including Credit Suisse and Morgan Stanley, nursing losses of more than $10bn.

More woes for Credit Suisse: the Swiss lender will face trial over its role in Mozambique’s $2bn “tuna bonds” case, a scandal stemming from a 2013 deal for the country to borrow from international investors ostensibly to fund maritime projects, including a state tuna fishery, ahead of investments in offshore gas.

Thanks for reading today’s FirstFT Europe/Africa. It is always great to hear from our readers. What do you think of the latest development in the Archegos fallout? Let me know, or share any other feedback you have on the newsletter with me at jennifer.creery@ft.com. — Jennifer

1. Tory chair accused of mixing business and political interests Charlotte Leslie, a former Conservative MP at the centre of a fight over donor influence in the UK’s governing party, has accused co-chair Ben Elliot of mixing his political role with business interests. Donor Mohamed Amersi was a client of Quintessentially, the “concierge” service Elliot co-owns.

2. Tencent to tackle gaming addiction The Chinese internet group announced restrictions on how long minors can play its online games after it came under intense pressure from state media, which labelled gaming as “spiritual opium” as Beijing’s latest assault on tech sent shares in the sector tumbling.

4. Missing Belarus activist found dead in Kyiv park Vitaly Shishov, who led an organisation that assists Belarusians fleeing persecution, was found hanged from a tree near his home in Ukraine yesterday. Local police said his death could have been made to look like suicide.

5. Jair Bolsonaro faces probe over election fraud claims The Brazilian president’s legal problems have multiplied after a court opened an investigation into his unsubstantiated warnings of voter fraud in elections next year, which could lead to him being disqualified.

Simone Biles won a bronze on the balance beam, a week after withdrawing from several competitions to focus on her mental health.

Gaming is inching closer to the world’s biggest sporting event. We might one day see video games in the Olympics.

The International Olympic Committee is investigating the Belarus sports federation after sprinter Krystsina Tsimanouskaya accused her country’s authorities of trying to force her to leave Tokyo. She was seen boarding a Vienna-bound flight today.

Skateboarding’s park competition opens today and will feature one of the youngest fields of competitors. (FT, CNN)

Add ‘Tokyo Olympics’ to myFT for all our coverage from the Games, and don’t miss our “alternative medals table”.

Border restrictions will not stop Covid-19 entering the UK, scientists warned. The evaluator of tests for arrivals in England said it has accredited only 6 per cent of government-listed private test providers.

As much as £5bn of UK state-backed emergency loans are at risk of not being repaid. A “refusal” to make contingency plans was the “most unforgivable” element of the country’s pandemic education policy, according to a think-tank.

Beijing shut travel links to staunch a fast-spreading outbreak of the Delta variant that officials believe is linked to a flight from Russia.

The White House has announced a new, three-month evictions moratorium that will protect an estimated 90 per cent of American renters.

Without the correct absorption capacity — the infrastructure to get jabs in arms — Covid-19 vaccines will go to waste, writes Tony Blair, former UK prime minister. Sign up for our Coronavirus Business Update newsletter and follow the latest developments on our live blog.

Services PMIs Eurozone, France, Germany, India, Japan, the UK, and the US will report purchasing managers’ index figures today. The rush of manufacturing and services data will provide further insight into the health of the economic recovery from Covid.

Beirut explosion anniversary August 4 marks one year since the explosion that left at least 200 people dead. As the fight for justice goes on, Lebanon prosecutors are seeking to remove senior officials’ immunities.

Afghanistan after the US Kabul is bracing for a siege after the US retreat led the Taliban to launch attacks across the country, undercutting its incentive to negotiate a political settlement. The question now is whether the Islamist insurgents’ strength makes the collapse of the government inevitable.

The Taliban have focused on seizing lucrative border crossings to cut off a significant source of the Afghan government’s customs revenue, making it even more dependent on foreign aid © Reuters

US house price spiral Policymakers are increasingly concerned about rising prices for homeowners and renters amid the broadest global house price boom for at least two decades. Read the second instalment in our series on the pandemic-fuelled surge that has revived affordability fears.

China’s massive loan spree China is the world’s largest lender to governments. From 2008-19 the China Development Bank and the Export-Import Bank of China lent $462bn. Yet the terms of its loans to sovereign borrowers have been shrouded in secrecy. Until now.

Trade Secrets — A must-read on the changing face of international trade and globalisation. Sign up here